Crypto Banter3 days
Contributor
When Alt season, anon? When? We don't want to spill the beans, but what we're seeing will surely make you a happy degen! 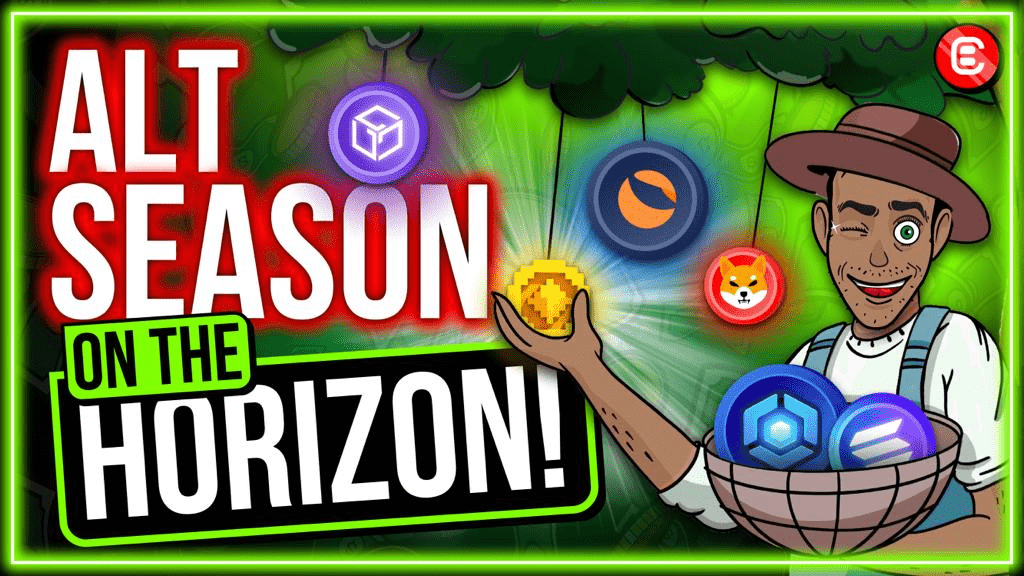 The Altcoin Season Index, which rings the seasonal alt rally, tells an exciting story. Bitcoin down. altcoin up. But it’s not the season to get too excited YET. Note the YET. We’re anxiously waiting for Bitcoin to continue to hold its ground and for alts to start rallying again.

Altcoin season is happening whether you like it or not! But first, is there such a thing as an altcoin season?

Altcoin season is not a myth! Let’s look at what could kick start it again!

Altcoin season triggers when 75% of the top 50 altcoins outperform Bitcoin in a 90-day period. We should really thank Facebook – sorry, Meta – for spiking the interest in metaverse projects. We’re now at 69%, and with the FTM season in full swing, there’s room to grow.

When the other 6% join the rallying party, altcoin hysteria will take over. A bit overzealous, be we will see major altcoins take charge. SAND has already outperformed the market by over 595%, and the platform will only get stickier! Yeah, we said it Ran: stickier is catchy because it makes users not leave the platform.

Bitcoin’s getting tired at the moment and degens want excitement. Bitcoin’s dominance is hovering around 40%. Sheldino’s analysis during the morning show is music to our ears. If Bitcoin Dominance (BTC.D) drops and continues below 40%, it will trigger altcoins – a run of epic proportion!

BTC.D fluctuations mimic altcoin seasonality, and a drop below 40% has only happened four times. Us 2017 bull market attendees saw a drop in Bitcoin dominance trigger the altcoin ATH rally.

And the same happened in 2021. Should we go on, or do you anons get the bigger picture? If BTC.D Drops, ALT.D hops!

The US Dollar Index is reaching a two-month low, meaning more incentives to buy into stocks and ultimately crypto. Why, you ask? Because a weaker dollar means a stronger stock market with stock priced higher. Investors want to get rid of their USD and invest in something that will outperform the US dollar. BINGO! Crypto.

Do the CPI numbers ring a bell? We covered them yesterday, and it turned out to be positive for Bitcoin, which rallied by at least $1000, with alts following along. So the worst is over for crypto, for now…

USD has transformed into an asset non-grata, with everyone placing their bets on Bitcoin. Except for degens, degens go with alts!

What drives an altcoin rally? If you think about institutions, then you have to reconsider. Institutions take calculated risks and invest in BTC and ETH. Degens, on the other hand, are retail investors.

Two represent retail mania. Dogecoin and Shiba Inu. We’re now talking about an off-shot of Doge, Baby DogeCoin, which rallied in 2022 by 143%, more than their competitors. Shiba Inu rallied by 20% in the last 20 days. Could that be a sign?

Some signs of retail interest returning after getting REKT during the January correction are there. Of course, it’s still early to say WE WELCOME you, but give it time, and retail will eventually FOMO back into crypto. We just hope it won’t only be memes but quality Layer-1s, especially if they’ve been listening to Ran’s strategies.

The bounce has happened

The US $42,000 price is a level where major altcoins went beserk. It didn’t even feel like there was a correction for some tokens.

Chainlink has outperformed Bitcoin by a mile so far this year, as the network has seen increased on-chain adoption. ChainLink opened the doors to more off-chain adoption through Chainlink Sports Data Feeds, which helped the price break from its current trend.

FTM is the clear winner in terms of outperforming Bitcoin. When Bitcoin went down, Fantom held strong. Its total value locked (TVL) just flipped Solana as the Fantom ecosystem continues to be on a tear! The best part? Price tends to follow TVL…

And the list goes on and on. If one token rally, fine. Two tokens rally? Still fine. If more tokens like NEAR, LUNA, or SAND outperform Bitcoin, a chain reaction is triggered, and just like that, BAM! The 9-month resistance is broken and alt season is on!

The crypto gods are telling us that there is more interest across all verticals for altcoins instead of Bitcoin at the moment. With alt season indicators flashing bright across the market, Bitcoin has to keep a steady ship to let altcoins run! The signs are there, data is there and if you follow Ran’s strategies your degen bags will bulge. Alts that are in the hype cycle will make the most of this altcoin season.

If you’ve placed your bets on Layer-1s, then you are in a good place for now, but always look at the cyclical nature of the market and adjust your portfolio.