Crypto Banter9 days
Contributor
We all love doomsday scenarios because they’re part of the Bitcoin experience. Will the looming “bearish” Death Cross actually be a sign of a faster market recovery based on new data? 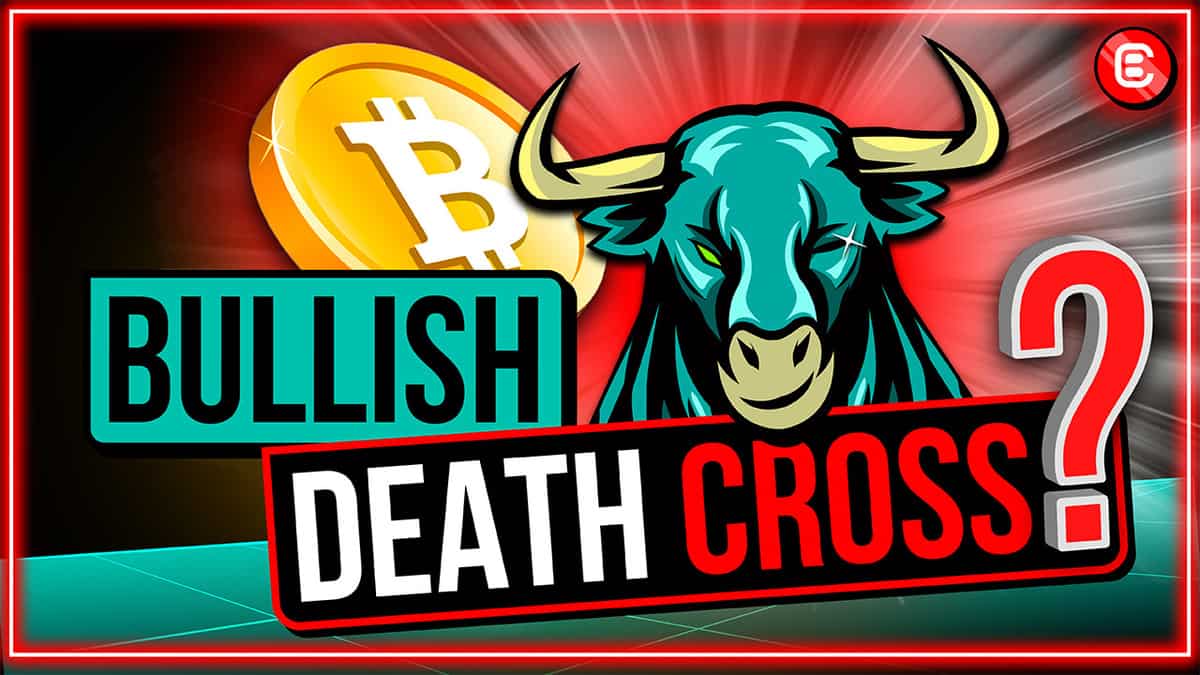 Each time a Death Cross looms and Bitcoin takes a beating, it seems to trigger a doomsday scenario that’s counted in an overly hyped industry. Even if the drop is primarily due to external factors – like the Fed tapering or high leverage ratios and open interest in the market.

But what does it mean for Bitcoin in the long run? One U.S Space Force soldier had a take on the previous Death Cross, which could be how the current one fizzles out too!

What Is The Death Cross?

Whenever a Death Cross is accompanied by a pattern, like a head-and-shoulders or a double top, it’s considered confirmation of a bearish downtrend.

The opposite of a Death Cross is the Golden Cross, a positive momentum upshift. Each crossing represents the general market sentiment, and there is a slight correlation between a looming Death Cross and the market feeling. But what drives a bearish Death Cross action?

How is it bearish?

Bitcoin is in a world of pain. Watching it break support hurts our hearts, as there is more potential for a downside. And it could continue to spiral downwards as the Death Cross progresses, especially when the Crypto market continues to be overleveraged.

Historically, Bitcoin goes lower after a Death Cross, but it has always bounced back. Rekt Capital offers a good overview of the times between a Death and Golden Cross bounce. In 2018 Bitcoin retraced by -65% and took 389 days to perform another Death Cross.

There are many similarities between the current looming cross and the 2021s Death Cross. Sheldon emphasized a similar wick during the Crypto Banter show, noting that the worst might be over, but we will still trade sideways or even lower.

But the sun isn’t shining too bright on the supply-and-demand side. Sellers continue to get exhausted as the imbalance between bids and asks continue to rise. It’s like May 2021’s US$30k all over again, just in another year. So we can mark the first 2022 mini-bear cycle.

Yes, it’s the same old BTC story. Now that we’re reliving Groundhog Day, let’s peek at the bright horizon. Bitcoin’s dominance is again at the same level as the May 2021 crash. And what happened after that? Bitcoin started hustling, breaking the downtrend.

Then, the Death Cross was one of the main catalysts that drove the price of Bitcoin to a new all-time high. People waited out the shakeout, and then continued to trade as usual, helping drive excitement for new projects.

What we’re getting at is this: there’s a good chance that we can just wait out the storm and follow safer strategies to maximize our returns. Now that the macro environment is different, will this be a bullish or a bearish Death Cross? Rate hikes are looming at the end of Q1. Retail interest is decreasing. And L1 2.0 protocols are overthrowing Bitcoin’s market dominance.

Tread carefully, only APE what you can afford to lose. Every Death Cross scenario differs, and during periods of market unrest, we need to be more cautious about deploying cash, and use a dollar-cost average strategy. Only time will tell if Bitcoin’s ready to get back on the saddle or follow the bears back home!