Crypto Banter6 days
Contributor
The price drops in Bitcoin and other cryptocurrencies are coming to an end with market dynamics constantly evolving. Read to understand how to properly position yourself for the upcoming bounce... 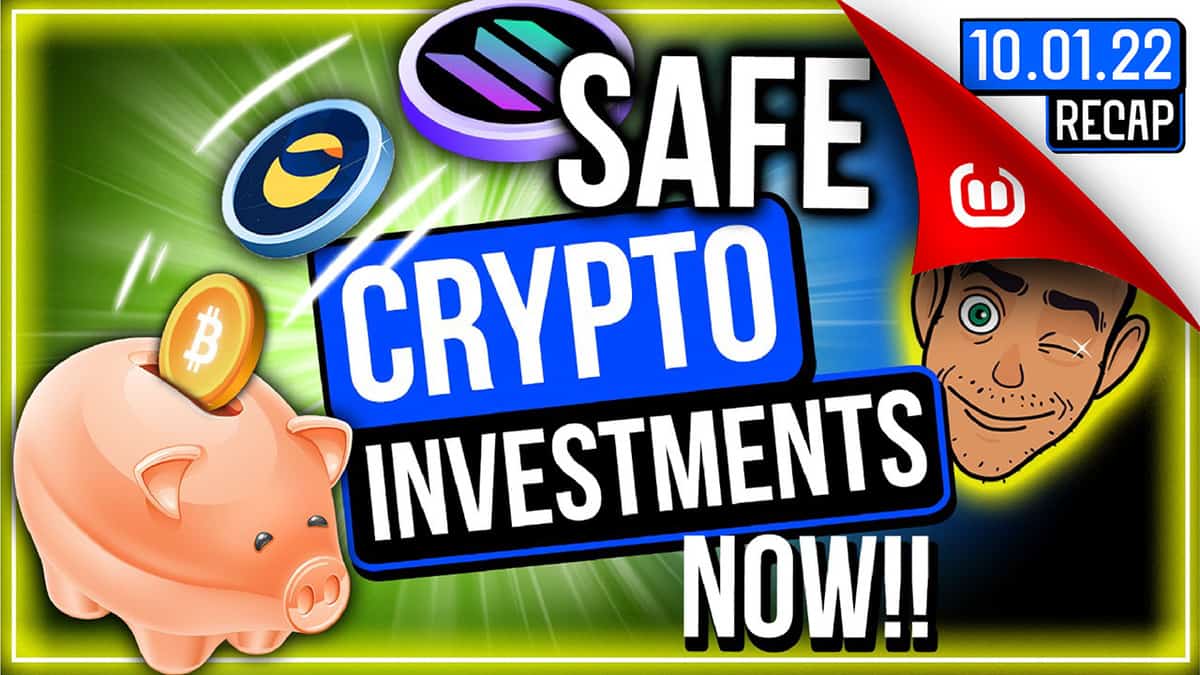 The price drops in Bitcoin and other cryptocurrencies are coming to an end with market dynamics constantly evolving. Read to understand how to properly position yourself for the upcoming bounce…

Based on the present market sell-off conditions, the changing market dynamics necessitate a change in strategy and approach to minimize risk and maximize gains. On today’s show Ran explained his approach for securely re-entering the market and ensuring good returns.

What the hell is going on?

The cryptocurrency market has had a difficult few weeks as the sell-off that began on December 4th continues, with BTC falling as low as $39.6k.

As the Fear and Greed index hits 10, a level not seen since the COVID crash in March 2020, which represents extreme fear in the market, it feels like there is blood in the streets, in this case mostly those of newcomers being flushed out of the market.

Although there may be a lot of panic in the market and the worst may not yet be over, technical indications show that the market is extremely oversold and that when levels like the current are achieved, the market soon pumps as order is restored.

What caused the crash?

Bitcoin looked set for a bounce after retesting the major support trendline at $40k and recovering back above $42k. But what caused the latest dip?

The Federal Reserve’s attempt to prevent inflation by raising interest rates has resulted in a global market price decline, including in the crypto market, as well as a significant spike in the yield on US 10-year Treasuries.

The US 10-year Treasury yield technically broke out of an asymmetrical triangular pricing pattern and reached a new high not seen in a year, as Bitcoin hit a new low of $39.6k.

The Federal Reserve has printed more money than it has ever done before! Since its debut print in 1862, it has continued to devalue the dollar by printing more as it saw fit. Incredibly, 40% of all US Dollars in current circulation were issued between 2020 and 2021.

The Fed seeks to affect the quantity of money in the economy to encourage non-inflationary growth, but printing money at will will worsen inflation unless there is a rise in economic activity commensurate with the amount of money created.

The Federal Reserve has been buying corporate debt and government bonds in recent years, and halting this practice and possibly selling these assets may cause the economy to stagnate.

The Fed is attempting to control inflation by raising interest rates, which will go into effect in March. This is another way for it to slow the economy by discouraging spending.

The stock market has fallen a lot since its recent all-time highs. The US Tech 100 is currently down approximately 8%, while the S&P 500 has shed about 4%.

Bitcoin, on the other hand, has taken the worst blow from its all time highs, plunging 40%, indicating that the crypto market lacks confidence and is overreacting to the global market price decline caused by the Fed decision.

What should you do?

If you’re a trader, you might be hoping for a relief rally, but if you’re an investor, now is arguably the best moment to draw up a wishlist and start carefully building your portfolio because the market’s sell-off has presented buying opportunities.

The best strategy to employ is to take a look into the best fundamental long-term projects. The best narratives in the market right now are Layer-1 networks, because there is an insatiable demand for Layer-1 blockchains.

Harmony (ONE) has a market capitalization of $3.5 billion and a total value locked (TVL) of $1.19 billion, for example. However, one dApp, DeFi Kingdoms, contributes almost 70% of the Harmony blockchain TVL.

This demonstrates that there is a scarcity of Layer-1 blockchain power, and the best bet currently is to invest in Layer-1s and Layer-2s that act as Layer-1s.

Shorts were unaffected by the market crash, which explains why the market still has a lot of leverage, and Bitcoin’s estimated leverage is still at all time highs, according to CryptoQuant.

Shorts who bet that Bitcoin would fall will be obliged to close their positions if the market rallies, resulting in a short squeeze. This could result in a cascade of shorts liquidations, as we’ve seen multiple times before, with rocketing price candles.

The liquidation of a cluster of shorts in the coming days could be critical for Bitcoin to break to the upside and accelerate a big rise.

Time to start buying? How to strategically buy

Make a list of all the tokens you believe in and categorize them according to their sector; we’ve included an example below.

Then, to generate a shorter list, trim off the ones you have enough of (black). Compare the percentage rally they experienced on their path to all time highs.

Next, narrow down your list to a few of the ones you really want based on how far they’ve fallen from their all time high and how much you think they still have left in them.

Now, make a final hot list of how hard these coins are bouncing during this recovery phase since you might have missed the boat with those that have already recovered, while others are still lagging and have yet to catch up.

The final list can have a higher priority, and if you have extra money left over, you can look at some of the filtered list.

It’s time to take a look at your portfolio, make some adjustments, and put your money in a safe place. Sell the shitcoins and diversify your portfolio with some of the industry’s best long-term project tokens. Layer-1 blockchains, in particular, are a no-brainer! Because you know they will make it through the bear market and emerge stronger in the next bull cycle.