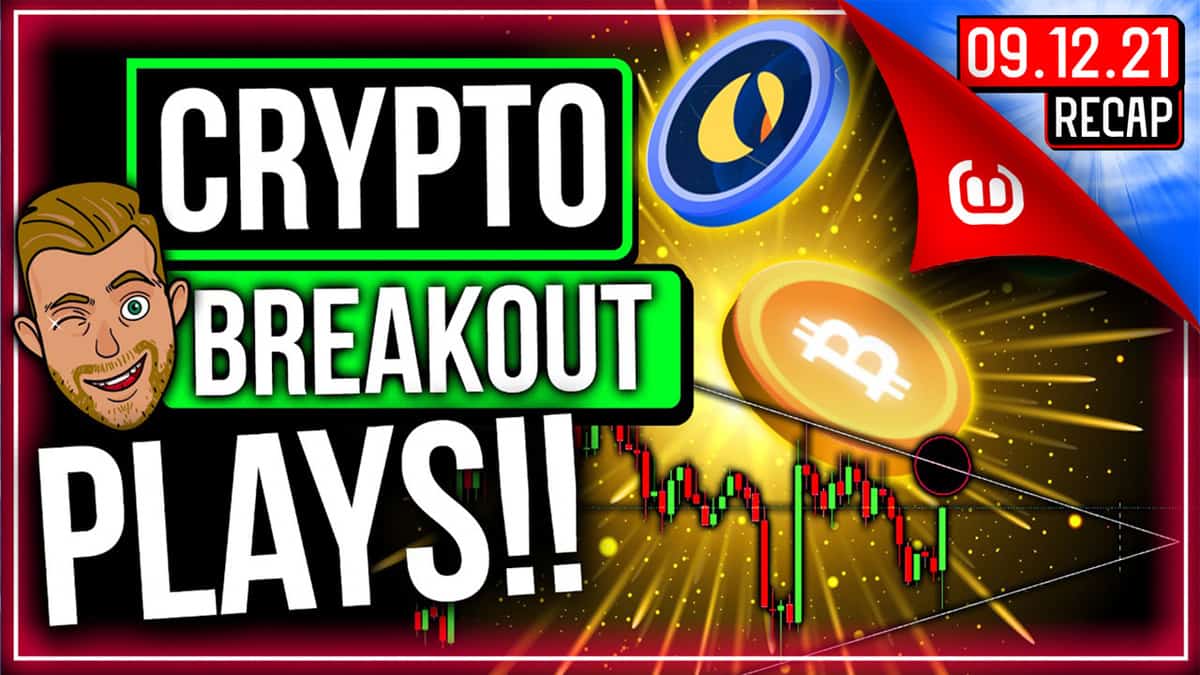 Best altcoins break out opportunities – time to get in early?

The Bitcoin market is evolving, and after a series of favorable events, a huge shift is on the horizon. Sheldon discusses the strategies to employ when playing altcoin breakout situations, as well as the coins to keep an eye on.

Bitcoin tested the $52k mark before being rejected, indicating that it will now test the $45k-$46k range as anticipated.

Bitcoin dominance has also shown positive movement, and a reversal to the upside like it has in the past will favour a Bitcoin rally. That will also help the market to gain confidence before profits flow into altcoins.

Bitcoin is in a rising trend line at the bottom of the weekly candle time frame. The previous times it was there, it was at $29k and $13k, which ignited a rally.

The market has had almost no reaction to China’s Evergrande Group defaulting on its dollar-denominated debt for the first time, signalling the end of the months-long financial drama.

The volatility index, which is similar to the Fear and Greed Index because it reflects stock market volatility, spiked and is currently drifting sideways around the 20 zone, showing that the market is alive and well.

The Dow Jones Index (a price-weighted average of 30 blue-chip businesses that are generally industry leaders) and the S&P 500 (a stock market index that tracks the performance of 500 significant corporations listed on US stock exchanges) are nearing all-time highs again.

Yesterday’s congressional hearing with CEOs of cryptocurrency companies on how the government should regulate the industry was very positive and a historic moment for cryptocurrencies in the United States.

Cryptocurrency leaders testified before the House Financial Services Committee, revealing a growing ideological gap between the left and right over how the government should regulate the decade-old digital asset market, which is now worth more than $3 trillion.

Polygon will address zero knowledge technology (ZK-rollups) to test its usage in promoting the Bitcoin sector at the forthcoming Central Committee Summit event on 9 December at 18:00 CAT. The team had previously stated that $1 billion of their treasury reserve would be invested in ZK-based ventures.

Zero knowledge mechanisms are verification methods in which one party can show to another that a condition is true without giving any information about the statement. They aid in the establishment of trust while interacting in a blockchain, and significantly speed up transaction verification while concealing information from prying eyes.

The S&P 500 and Dow Jones Industrial Average are nearing all-time highs, while the volatility index is plummeting. The ETH/BTC chart is increasing as BTC dominance strengthens. We have also had excellent congressional hearings and the market has curtailed Evergrande. The sideways Bitcoin price is likely a hangover from the leverage shakeout, and it doesn’t reflect the market’s future prospects because the underlying signs reveal that the market is in good shape.