Crypto Banter7 days
Contributor
Market dynamics are constantly changing, with Bitcoin and other cryptocurrencies' price declines coming to an end. Read on to learn how to position yourself strategically for the upcoming bounce... 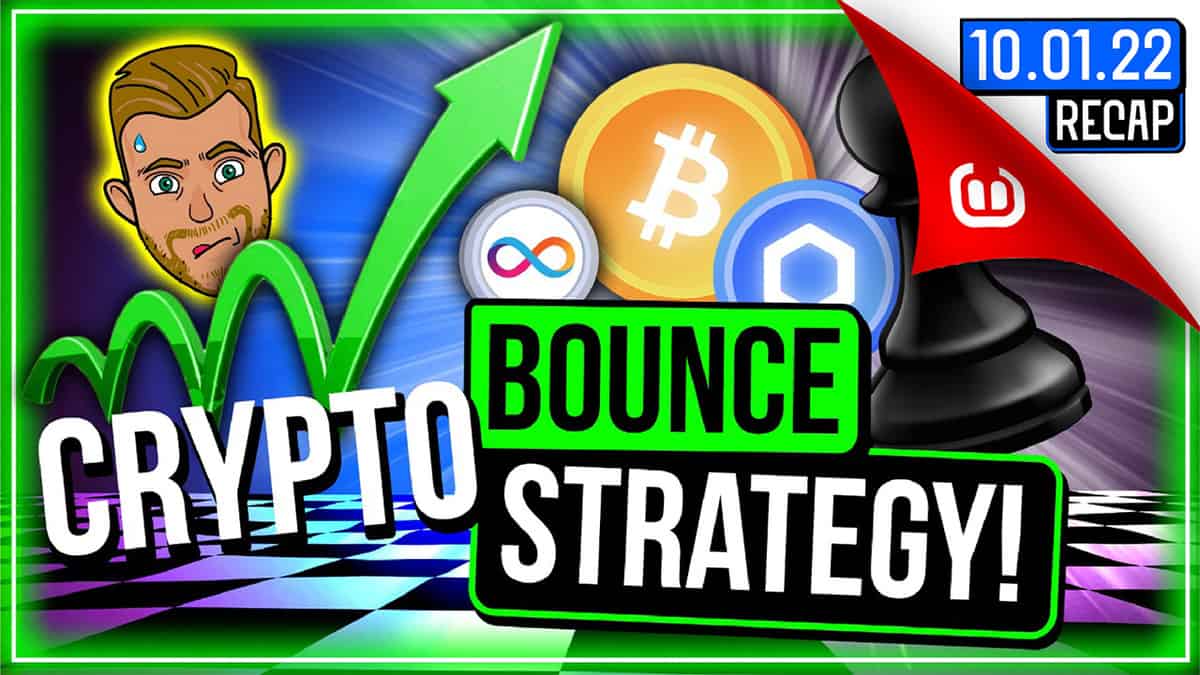 The Bitcoin market sell-off seems to be done. With market dynamics constantly evolving, the bears are running out of steam, and high-frequency momentum oscillators are at their lowest levels. Sheldon expects a relief bounce in the coming days and even a huge rebound in the near future.

The Bitcoin market sell-off seems to be done. With market dynamics constantly evolving, the bears are running out of steam, and high-frequency momentum oscillators are at their lowest levels. Sheldon expects a relief bounce in the coming days and even a huge rebound in the near future. He outlines the key levels to keep an eye on in order to play the market.

After bouncing off the major trendline support in the $40k region, Bitcoin is at a critical stage –  akin to the June 2021 level – with a higher low in play.

The Bitcoin market structure, which sees retail washed out due to insufficient volume and allows whales to hoard, is an unavoidable market strategy employed by said whales.

The price action from June 2021 to July 2021 merged into the current wave, which started in December 2021, indicating that both trends are advancing in lockstep. The merge reveals that the present rising trendline support is the target support test, which has successfully rebounded.

In the last week, the stock market has been falling from its recent all-time highs. The US Tech 100 is currently down about 6%, while the S&P 500 is down about 3%.

Bitcoin, on the other hand, has taken the biggest hit from it’s all-time highs, falling 35% despite not breaking any bullish structures. This demonstrates that the crypto market is overreacting to the world market price drop caused by the Federal Reserve’s attempt to control inflation by raising interest rates.

Bitcoin has been hovering between $40k and $42k in recent days, with a relief bounce on the horizon. It is necessary to plan your approach to it ahead of time.

The next obstacle for Bitcoin is at $46k, and the big resistance is at $48k (where the major trendline is positioned), which was previously used as support. If Bitcoin breaks above these levels in the coming days, it will signal a momentum shift and a bullish market mentality.

If the trendline supports are retested, it verifies that we are still testing higher lows (on a longer time frame) and that will not be the end of the market because the bull cycle is still intact as long as we hold the support trendline.

The stochastic RSI on the weekly time frame, which is at 2%, reveals that Bitcoin is still oversold, and the price was just above $28k the last time it was that low.

The monthly stochastic RSI has also been completely reset, indicating that the market is strong enough to rally again. However, a wild rally is unlikely, as Bitcoin is predicted to trade in the $40k-$48k range.

The last time Bitcoin broke out of a downward trend was on 26 September, when it broke out and retested the trendline before a big rebound to the upside.

Despite the market meltdown, there hasn’t been enough leverage shake-out, owing to the fact that in this scenario, liquidations only happened on one side, the longs.

There must be a buyer and a seller for every leverage derivative contract (longs and shorts). Shorts are untouched by the crisis, which is why the market still has a lot of leverage.

If the market rallies, entities who have bet that Bitcoin will fall (shorts) will be forced to close their positions, resulting in a short squeeze. This has happened numerous times with rocket price candles as a result of cascading shorts liquidation.

Chainlink (LINK) has had a good run against Bitcoin because the token has been in an accumulation for a long time. At the present, a trend that dates back to August 2020 is being broken.

Cosmos (ATOM) has performed admirably during the downturns, and it is still trading at all-time highs, making it one of the top coins to have recovered faster than Bitcoin.

Cardano (ADA) has lost eight months in a row against the Bitcoin price, but it is currently at a vital point, and the coming months could be ADA time.

Kujira is gaining traction as more people realise that there are coins that can withstand the storm when the market falls.

It’s time to assess your portfolio. At this point in the market due to the market dynamics changing rapidly, moving into coins that can withstand a bear market is crucial. Right now, the safest bet is to invest in coins that recover faster than Bitcoin, particularly Layer-1s.