Crypto Banterabout 1 month
Contributor
Want to know what the most explosive cryptocurrency wave is you should be keeping an eye on right now? 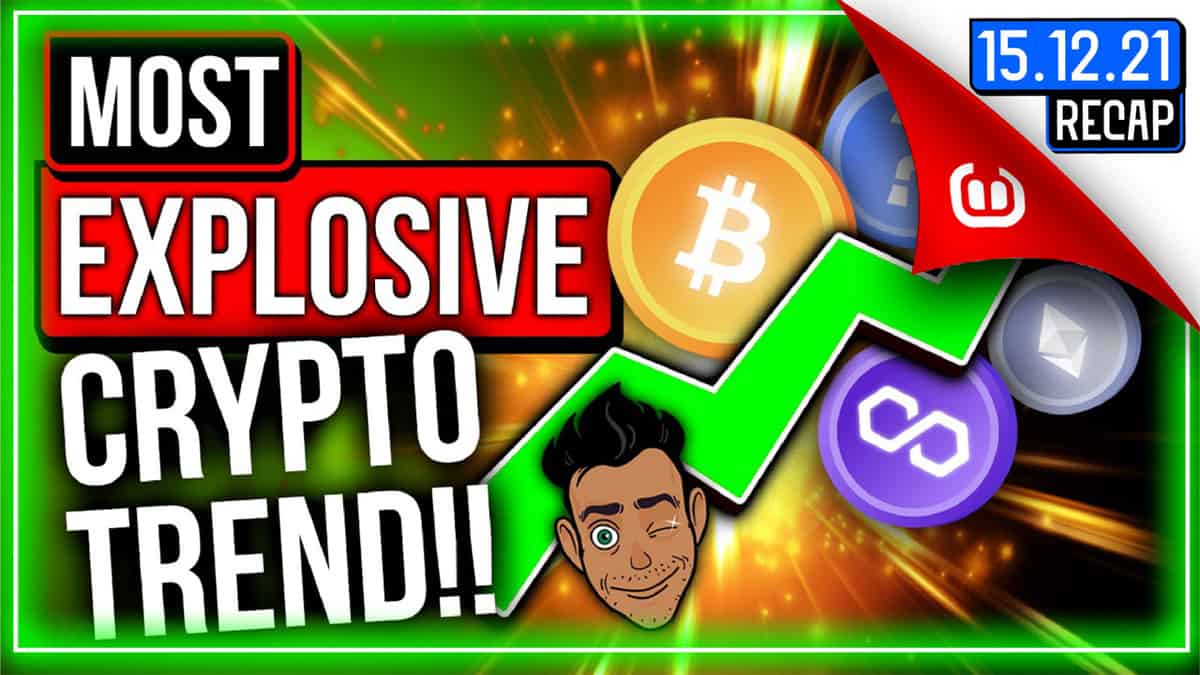 Want to know what the most explosive cryptocurrency wave is you should be keeping an eye on right now? Ran talks us through it on the show.

There is an explosive cryptocurrency wave you should be watching right now: ZK rollups. The narrative is still developing, and if you jump in early enough, you may be able to beat the crowd. This might be the next big thing after crypto games and metaverses.

Whales are accumulating more Bitcoin, with the current disparity between holders and newbies being the widest in history. This is usually seen at the bottom of the bull cycle, indicating that the current bull cycle is different from previous ones.

Huge rallies take precedence when there is a large gap, such as the current one, indicating that the market has yet to peak and that a few more rallies are on the way.

The Federal Open Market Committee (FOMC) meeting has been a focus of attention, with the Federal Reserve voting to keep interest rates steady. The Fed is also doubling the size of the taper to $30 billion per month, which is bullish for the cryptocurrency market.

The miniscule interest rate decisions, on the other hand, can only affect short cycles, and should not determine what the longer-term investment target on disruptive technologies should be.

Layer-1 blockchain networks have had three successful deployments. The first is a Bitcoin-based store of value. The number one cryptocurrency is already a store of wealth in the cryptocurrency industry, and might be adopted on a larger scale because of its disinflationary schedule.

Decentralised Finance (DeFi) is the second successful experiment on Layer-1 blockchain, with approximately $240 billion in total valued locked (TVL) in the ecosystem across blockchains like Ethereum, Solana, Cardano, and Avalanche.

Non-fungible tokens (NFTs), a unique digital asset that signifies ownership of real-world goods like art, video clips, music, and more, are the third successful experiment. According to JPMorgan, the recent surge in NFT sales has pushed the market’s value above $7 billion.

The Ethereum blockchain faces a number of issues, including scalability, as the network can only handle about 13 transactions per second. The gas fees rise exponentially as the network is used by more and more decentralised apps and services, and transactions expand rapidly.

The Ethereum blockchain has a market valuation of over $500 billion, and more than $159 billion in TVL on the network in DeFi.

The growing popularity of Layer-2 scaling solutions reflects users’ strong desire to resolve scaling issues on the Ethereum network. While the ETH 2.0 network will scale to a maximum of 100,000 transactions per second, no one knows when that will happen.

Layer-2 protocols that include scaling solutions to assist in bringing broad adoption to the Ethereum blockchain (by making transactions cheaper, faster, and more secure) have been a hot trend in the industry.

Rollups are solutions that execute transactions outside of Ethereum’s main chain (Layer-1), but post transaction data to Layer-1, which secures rollups. A distinguishing feature of rollups is that they inherit the security features of Layer-1, while executing outside of it.

Optimistic and Zero Knowledge (ZK) rollups are the two different types of rollups.

Optimistic rollups sit in parallel to the main Ethereum chain on Layer-2. They can offer improvements in scalability, because they don’t do any computation by default. Instead, after a transaction, they propose the new state to Mainnet or “notarise” the transaction.

ZK rollups bundle (or “roll up”) hundreds of transfers off-chain, and generate a cryptographic proof, known as a succinct non-interactive argument of knowledge (SNARK). This is known as a validity proof and is posted on Layer-1.

The implementation of ZK rollups is a major narrative in the Ethereum ecosystem, and it is generating a lot of interest. The process fixes Ethereum’s fundamental problems, so the ecosystem is likely to flourish exponentially.

MATIC (the Polygon network’s native token) is likely to be the main beneficiary of the Ethereum scaling narrative (this time with ZK rollups), as it has been in the past.

Polygon declared in August that it will invest $1 billion in ZK rollup-related projects, and since then has announced the $650 million acquisitions of Hermez Network and Mir Protocol.

Mir Protocol features the fastest ZK-proof technology, according to Polygon, which means it can generate proofs faster, and validate more transactions in a single proof.

Hermez is a decentralised ZK rollup that focuses on scaling payments and token transfers on the Ethereum network to drastically reduce transaction costs, while also promoting community initiatives via its Proof-of-Donation mechanism.

Loopring is another Ethereum Layer-2 ZK rollup technology that is gaining popularity as the rollup narrative unfolds. Since the beginning of November, the number of unique users has increased by 85, and deposits have increased by $74.5 million, the quickest rate yet, as individuals transfer funds to the project to test it out.

DeversiFi is a ZK Layer-2 Ethereum exchange that enables users to take advantage of decentralised finance (DeFi). ZKSwap is a token exchange protocol and a Layer-2 decentralised exchange (DEX) based on ZK rollup technology,

Investing in these ZK rollup projects will put you one step ahead of the game as they take over the world. It will also allow you to interact with zkSync in the event of an airdrop when their token is released.

ZK rollups are the latest alternative to emerge as the final solution to Ethereum’s scaling issues. They are poised to become the next big thing in the crypto world. To capitalise on the narrative, do you conduct research and invest in credible ZK rollup projects