Crypto Banter4 days
Contributor
With Bitcoin currently in flight, what altcoins should you purchase today to kick your portfolio to the moon? 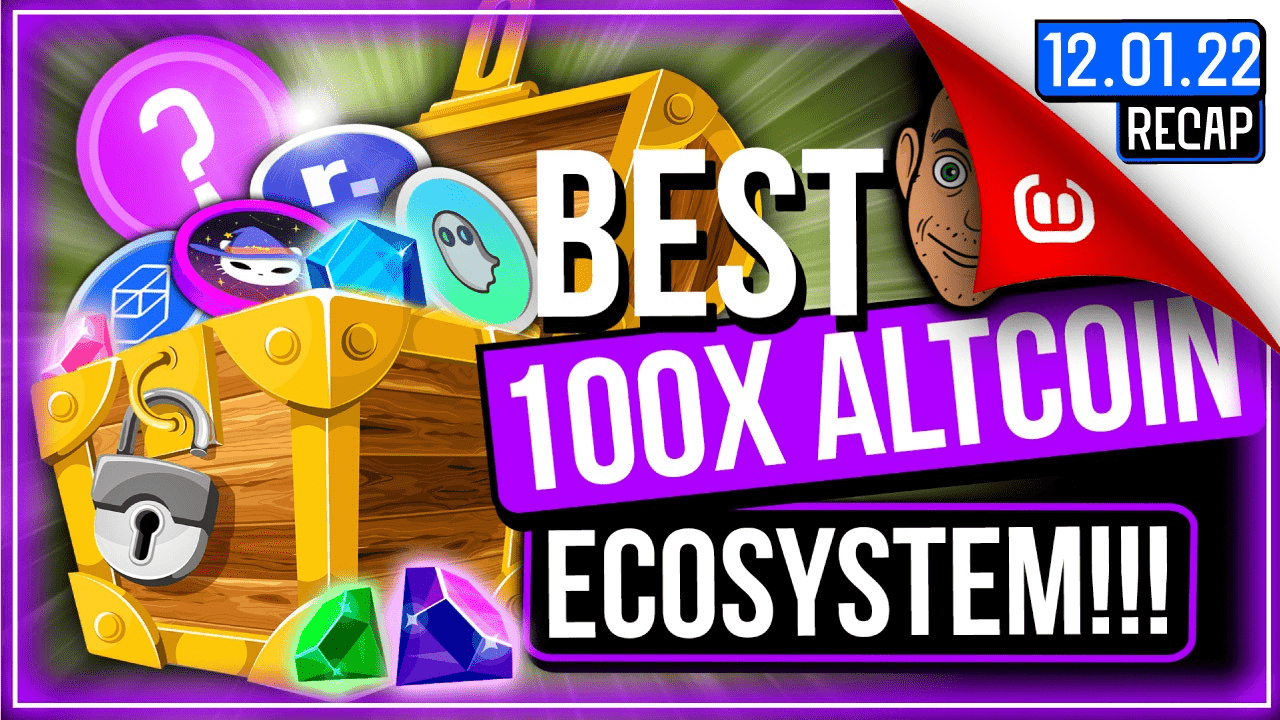 Bitcoin is currently well above the price action we saw a few days ago and it appears that we correctly predicted the bottom, as the market is soaring at US$44K plus.

Bitcoin is currently well above the price action we saw a few days ago and it appears that we correctly predicted the bottom, as the market is soaring at US$44K plus. In the show Ran told us all about why the market is flying today and what changes you need to make to your portfolio. What tokens should you be purchasing today?

Why is the market flying?

Today’s big news is, of course, the CPI announcement – which was exactly as predicted. This was what drove Bitcoin’s price. Markets were scared because they thought the Federal Reserve (Fed) had lost control of inflation, and would have to aggressively taper and hike rates to bring inflation back.

The market was anticipating 7% and got 7%. This means we will probably see three interest rate rises and the expected tapering and quantitative tightening later this year.

Ran believes the whales were anticipating the CPI news, which is why the numbers have begun to rise. Just before the CPI release, the whales began purchasing in large quantities, driving the Bitcoin price higher.

So what now? Bitcoin, according to Sheldon, is expected to lead the surge. It has broken out, and it can now either move up and lead the bull run, or it may fall under, and the coin season will continue. Because the leverage is at an all-time high, Ran believes there will be a short squeeze.

What tokens should you be bagging?

Portfolios are recovering following Bitcoin’s surge, what tokens should you should bag in preparation for the imminent bull run:

FOLD has gone up by 54% today. Spirit Swap is up by 50%. Now might be a good time to add it to your portfolio. TOMB has gone up by 51%. On the day Harry Yeh was on the show, they spoke about bagging some TOMB and how to make money with T-shares. The thing with T-shares is that not only are you now making 51% for holding it but you are making another 600% by staking it. There’s also Anyswap which is the cross chain exchange linked to the  Fantom ecosystem..

What’s up with the Fantom ecosystem?

The Fantom ecosystem is on fire. Sheldon called the breakout of the DeFi perpetual index this morning. He said that DeFi was going to lead the breakout. If you take a look at what is driving DeFi, you’ll see that even though most ecosystems have been down in the past seven days in terms of the total value locked (TVL), the one ecosystem that is really up in the last seven days is Fantom.

Fantom has absolutely everything going for it but the first thing is to look at the technology. Fantom is EVM-compatible, which means that people who are writing and composing dApps in EVM or for Ethereum and Avalanche, can use Fantom, which is cheaper. It is also decentralized,  scalable, and fast. It has an unbelievable developer fund, it is cheap and has high yields.

With Fantom, you’ve got this perfect combination of great technology, a great technologist, and an amazing community builder. The final thing you need are incentives to bring people to the ecosystem and Fantom has unbelievable incentives.

Recently, there’s been some teasing about a new project on Fantom. With this project’s token, there’s no private sale, there’s no team, there’s no early contributors and there’s no seed round. The only people that are going to get tokens are the community members. Fantom already has a lot going for it, and now you’ve got Andre Cronje saying if you want to get this token there’s actually only one way to get it: buy the FANTOM.

There are other things that are exciting on Fantom apart from the new project. Fantom’s really attracting new liquidity and with the new project, people are buying into the top 20 projects in order to get exposure. TVL growth is a huge indicator that there’s a flow of funds and based on some models, FANTOM is most likely going to overtake Solana by TVL next month.

Network effect is the more transactions and value on a chain, the more that network tends to attain value-wise. But what we often see in crypto is that the network effect lags, so we get this discrepancy in transaction growth and price growth. And because we’re at the phase of the flow of funds cycle, the price growth hasn’t quite set in for FANTOM even though clearly we’re starting to get some of the on-chain metrics come in. This suggests that we’re set for some explosive growth. Based on these metrics, FANTOM is still undervalued even though it has been pumping crazily.

Fantom DEXs are severely undervalued in terms of the amount of transactions that’s actually happening on them compared to their market cap. In the scheme of things, we are very early. Consider Spirit Swap which is at a valuation of $60 million. If it can become one of  Fantom’s top DEXs like Joe did, and hit around the billion dollar market cap, SPIRIT still has a 10x growth potential.

Following the surge of Bitcoin, other altcoins are gearing to follow suit and this is the perfect time to bag yourself some promising coins, especially FANTOM. The Fantom ecosystem is brilliant with a truck load of potential. If you’ve been following us, you’ve probably bagged some by now. In anticipation for this coming season, you should bag more, plus the coins listed above.