Crypto Banter11 days
Contributor
The best cryptocurrencies to invest in now, despite the uncertainty surrounding Bitcoin, have been discovered. More information can be found here 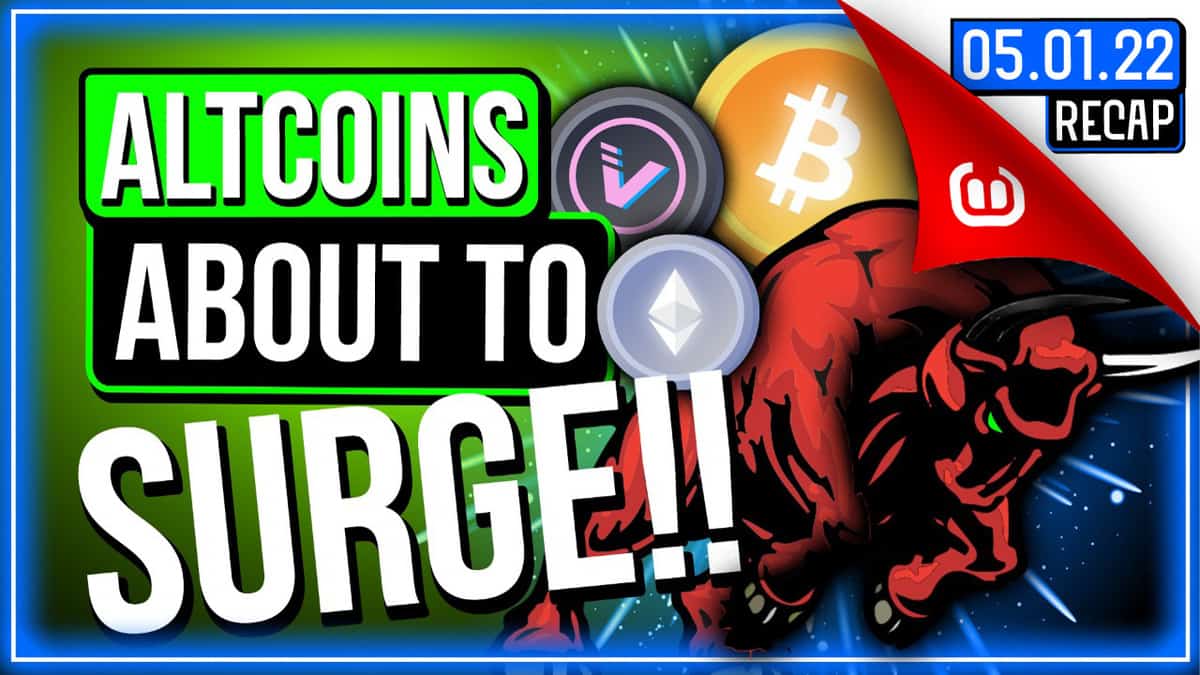 The top 5 altcoins to watch as Bitcoin’s dominance reaches a tipping point, reveal what may come next. As uncertainty looms over Bitcoin, a slew of technical indicators suggest a major shift is on the way. What will happen next, and is it the right moment to invest?

The top 5 altcoins to watch as Bitcoin’s dominance reaches a tipping point, reveal what may come next. As uncertainty looms over Bitcoin, a slew of technical indicators suggest a major shift is on the way. What will happen next, and is it the right moment to invest? Sheldon shares his insights.

Yesterday, there was a volatility spike in Bitcoin’s price, which was immediately reclaimed and accompanied by volume. The volume broke above the daily moving average volume, as it has been in the past, indicating that a major move is on the way.

The most recent Bitcoin bounce from below $46k is the tenth since the fall on 4 December 2021, indicating that whales are stocking up during this accumulation phase while retail loses interest and gets flushed out.

Despite the massive volume utilised to force the price down from $47.9k to $45.5k, a bullish engulfing candle has formed on the Bitcoin daily chart with low volume, indicating that the bears are becoming exhausted.

Three main indicators are signalling a huge move is on the way: Bollinger bands (which indicate if prices are high or low, relatively), the support and resistance wedge, and the divergence emerging between Bitcoin and the 10-year Treasuries yield (normally a leading indication for a break for Bitcoin) all align on a move being imminent.

The bands were wide not long ago when Bitcoin was trading between $42k and $52k range — a $10k gap but now Bitcoin has been trading between $45k and $48k — a $3k gap which signifies less volatility in the market.

What this suggests for the future is that when they squeeze, there will be an increase in volatility and a significant price shift. The question is — up or down?

As we enter the next few days, the wedge on the chart below shows the crucial levels (both resistance and support) to keep an eye on. The leverage ratio is now high, which does not necessarily indicate that a crash is on the way, but it is not favorable for the market structure to break to the upside.

The crypto market has recovered well since the December catastrophe, but not quite as well as the stock market, which crashed alongside the crypto market but has since recovered and has broken its all-time high.

The dominance of Bitcoin has closed below its key support trend line and created a “lower bottom”. This indicates that the days of Bitcoin domination surpassing 60% are long gone, which is why altcoins are recovering faster than the number one cryptocurrency.

Experiencing severe crypto pullbacks will teach traders how to profit from them. Fantom (FTM), for example, has seen a massive 146% gain since falling to the golden ratio zone from its November highs.

When massive pumps occur, like Fantom experienced in the last two weeks, a 20% to 30% correction is expected, which could be aided by a small Bitcoin decline.

The Fibonacci extension shows that Fantom has totally reversed after breaking through resistance. So all that can be expected now is a typical healthy correction – nothing moves in a straight line.

Fundamentally, Fantom is in good shape, with the best developers migrating to the Layer-1 blockchain and data to back it up.

Qredo token (QREDO) has increased by 15% since the call and is breaking out of a cup and handle pattern. In the event of a market pullback, a stop-loss should be placed at the time of entry.

After a recent rampage rally, Cosmos (ATOM) has reached new all-time highs. A slump may be on the way, and it will be the perfect time to re-enter the market.

Chainlink (LINK) has broken out of the golden ratio buying zone and may shortly test trendline resistance; a stop-loss upon entry is recommended in case Bitcoin nosedives as market volatility returns.

It is recommended that you dollar cost into Cardano (ADA) because the coin has not moved since the entry call. Possibly also tighten your stop-loss at entry in case of a significant market pullback.

The Energy Web token (EWT) has held steady, so dollar cost averaging into the coin is recommended, as is a stop-loss below the support trendline.

The bulls have taken control of Elrond (eGLD), as a huge daily candle with volume reclaims the fall in the last few days.

Polkadot (DOT) has made a tremendous recovery from the golden ratio purchase zone and is currently doing admirably.

Kusama (KSM) is still in the purchasing zone and looks promising.

THORChain (RUNE) has broken out and is expected to test the $12 to $14 range by the end of the week. The $7 mark serves as a stop-loss.

The price decline in SuperFarm (SUPER) has been regained, and the volume moving average has touched the lowest of lows. The token went on to have a 200% rally when the volume was this low the last time.

Paribus (PBX) is forming a cup-and-handle breakout pattern. However, it is not a recommended buy yet due to the uncertainties around Bitcoin price movement.

Akash Network (AKT) has been trending up since it was called on the show and is not a buy right now because it has had a good run. Any dip in the near future is a good time to buy again.

Pickle Finance (PICKLE) has started to break a downward trend and is a good buy at the support around the $9 region but you should not go all in. Entries will be a lot clearer when Bitcoin has made its imminent move.

A Bitcoin break to the upside is a good buying opportunity into these coins.

The Bitcoin price does not like to move sideways, so expect a big move. Don’t try to predict market direction because you might get burned if it goes the wrong way. Instead, prepare for a move in either direction, by setting stop-losses in case of downward volatility, and considering buying coins that have experienced a significant correction or are in the golden ratio zone.