Crypto Banter11 days
Contributor
Due to a convergence of dynamics, Bitcoin and other top crypto currencies saw huge price drops. Find out why right here... 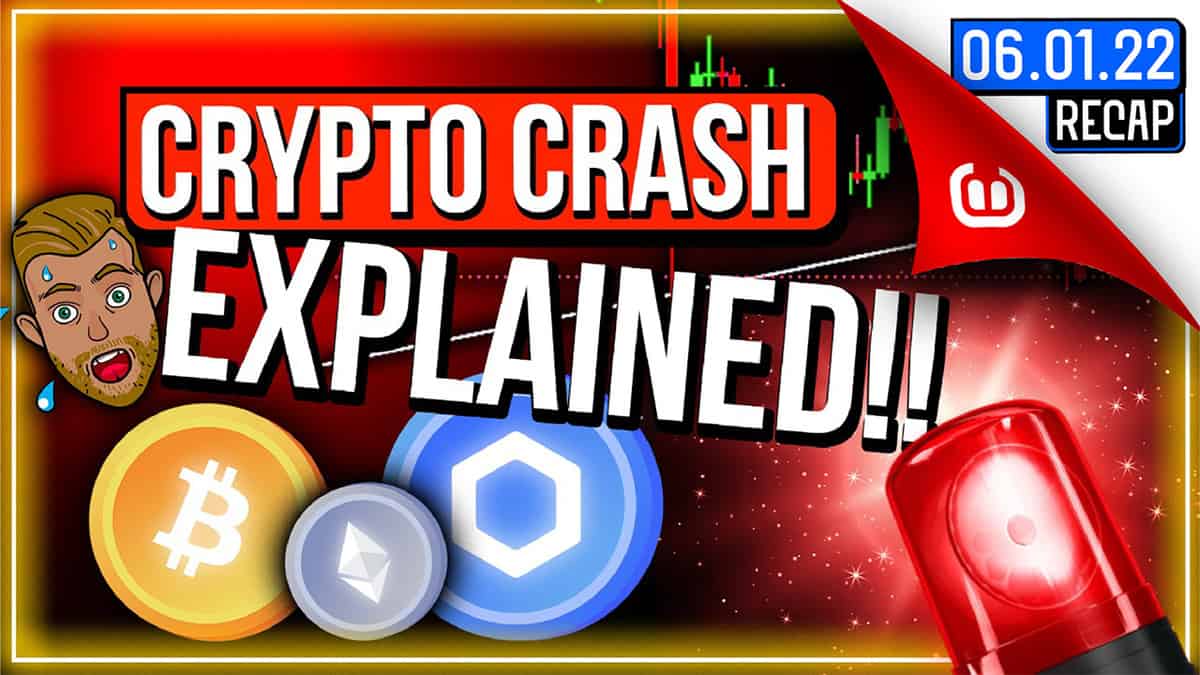 Bitcoin has broken below the symmetrical triangle’s bottom line. What happens if the low of $41.9k from the previous correction is lost?

Bitcoin has broken below the symmetrical triangle’s bottom line. What happens if the low of $41.9k from the previous correction is lost? On the show with Ran, Sheldon discusses how to play the next market direction and how to shuffle your portfolio.

The cryptocurrency market plummeted dramatically on Wednesday, following in the footsteps of the global market. This all came immediately after the US Federal Reserve’s discussion to raise interest rates as early as March was disclosed.

The Nasdaq fell more than 3%, its greatest one-day drop since March 2021, while the S&P 500, a broader gauge of the market, fell 2% and the Dow Jones Industrial Average fell 1%, its first decline of the year.

This is supported by the fact that, unlike the NASDAQ and S&P500, the Dow Jones Index is trading at greater highs and has not broken any bullish structures.

Inflation has reached its highest level in 40 years, prompting the Federal Reserve to slow the pace of asset purchases in order to reduce economic stimulus.

Another way to slow the rate of inflation is to calm the market by raising interest rates, as they did yesterday, which will take effect in Q1. During the worldwide market sell-off, this has also resulted in a massive increase in the yield on US 10-year Treasuries.

Bitcoin soon fell after the Bollinger bands revealed a volatility squeeze, which resulted in an increase in volatility and a substantial price shift.

Bitcoin has dropped to $42.5k, which is about the same level it was at after the crash on 4 December 2021. The question is whether the price will continue to drop.

Bitcoin is still in the golden ratio zone, which is excellent, but after the December decline, it could fall below the wick, possibly as low as $40k, which is the key trend support.

This is because whales are unable to execute all of their purchase orders when the market corrects, and there is an extended wick as a result of the quick movements to the upside. While retail gets flushed out, a continued steady price decline towards the previous bottom allows whales to stock up.

Bitcoin dominance could see a rapid breakout of trend, most likely on the basis of a Bitcoin solo rebound to the upside, shortly after the market bottoms out to restore trust. 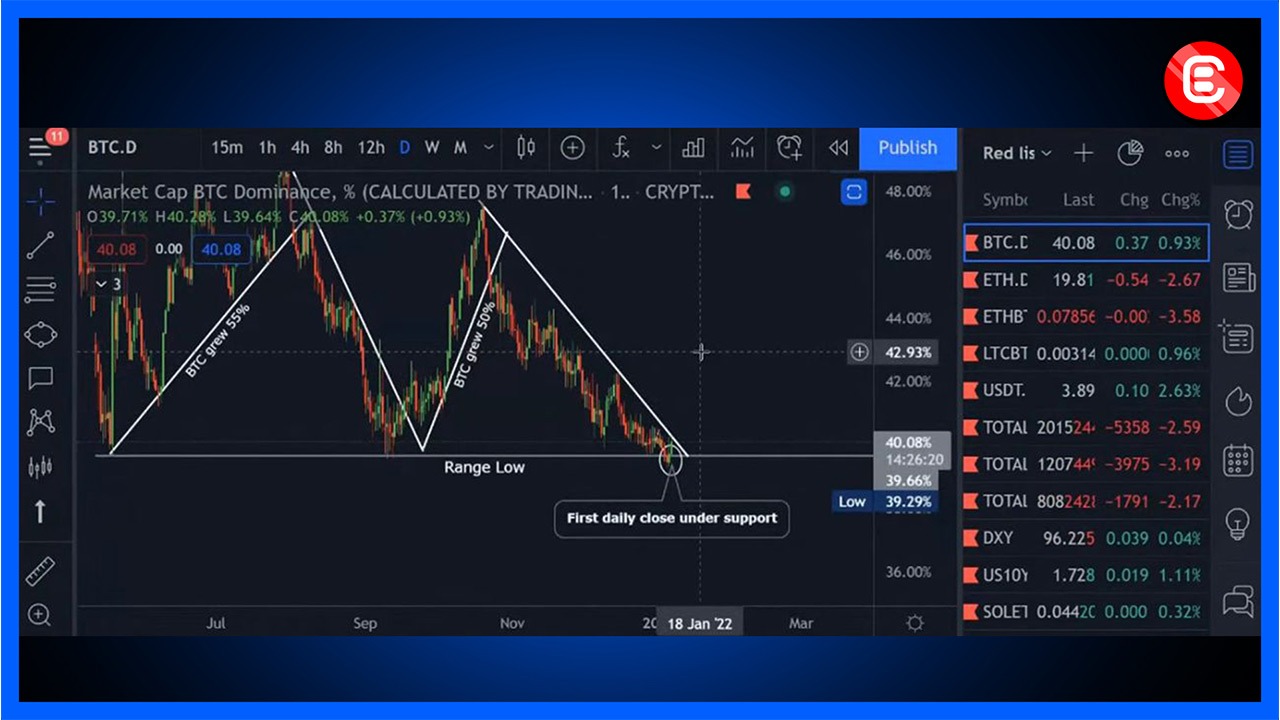 The Bitcoin Fear and Greed Index is at 15, the lowest level since May 2021, indicating extreme fear. If Bitcoin reaches $40k later today (Thursday), the index might fall to as low as 10.

Whales are showing conviction, as transfers of BTC to cold storage have increased since the price decrease, according to the Bitcoin illiquid supply. This is the existing supply that cannot be easily and quickly traded or swapped for cash, as recorded by Glassnode Studio.

Despite the large quantity of open interest in leverage derivatives that was opened in the last month, only a small amount of leverage was liquidated. This was despite the price falling as low as it did in December.

The estimated leverage ratio for all Bitcoin exchanges decreased from 0.21 to 0.09 as a result of the December slump, according to CryptoQuant’s data, but has subsequently risen.

Despite the continuous decline, the leverage ratio is at all-time highs, up to 0.22 at the time of writing, indicating that there is still a lot of leverage in the market.

Bitcoin’s price does not like to drift sideways, and the massive move anticipated yesterday played out exactly as predicted. Reviewing your portfolio and shifting into coins that can survive the bear market is critical at this stage of the market.

Remember not to try to predict market direction, because you could lose money if it goes against you. Instead, implement stop-losses to manage downward volatility, and be ready for a move in either direction.

According to Ran, one approach to use is to compare the current price of the tokens you’re interested in to the first time it hits that price; if it’s a long time ago, the move is a long term one.