Crypto Banter4 days
Contributor
The crypto market's price drops look to have reached a stalemate, and the market may have already reached bottom. Today, Sheldon took us through levels to keep an eye on, as well as recommended buys for the market's upcoming rebound. 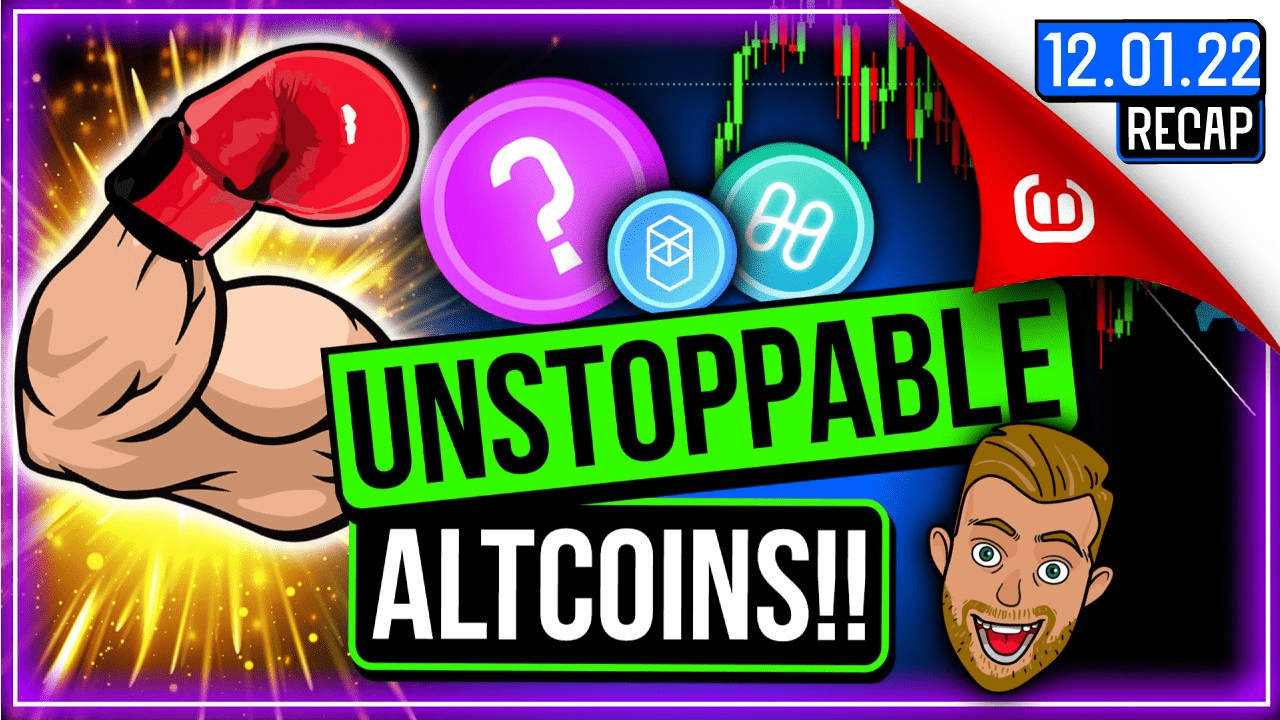 The long-awaited market bounce FINALLY arrived yesterday. Now is the time to identify key entry levels as we wait for the support retest. We know that when Bitcoin gets interest it has a positive knock-on effect on altcoins.

The long-awaited market bounce FINALLY arrived yesterday. Now is the time to identify key entry levels as we wait for the support retest. We know that when Bitcoin gets interest it has a positive knock-on effect on altcoins. Which ones should you buy? Sheldon revealed all in today’s show.

The market witnessed an upswing starting yesterday. This is GOOD, and we are seeing some altcoins recover significantly faster than Bitcoin (surprise, surprise).

Bitcoin broke above short-term resistance on the low timeframe (4H) and reached a higher high before falling back to test support, which will be critical in determining what levels we are looking at with the monthly CPI report due out later today (13:30 GMT).

CPI is expected to be better than last month’s, which is good for the market and might lead to a rise in Bitcoin’s price to $46k in the coming days.

However, if inflation worsens Bitcoin may return to the major trendline support and test the lows once more.

Technicals on the daily chart are going over the average point, indicating that there is a lot of volume coming back in.

The green and red volume bars, in particular, are not bearish because they have extended wicks in the price charts, implying that whales are buying the dips.

Whales appear to be particularly interested in the $39k zone, rapidly accumulating the price level above it, indicating that this is the bottom phase. Bitcoin is projected to continue its upward trend in the following weeks as we approach major high timeframe resistance.

Technical indicators on higher timeframes, such as the stochastic RSI, suggest that we may have bottomed with the higher low in play and a lovely double bottom pattern.

Bitcoin dominance is also retracing to retest bearish trendline support and, if it breaks down, altcoins will almost certainly thrive.

The turnaround in market sentiment, nonetheless, does not imply that Bitcoin will immediately rise to new all time highs. Bitcoin needs to be established over $50k to foster confidence back in the market.

There is no such thing as certain due to changing market dynamics. The approach to the market will vary over time as circumstances change.

What distinguishes investors from traders is that investors are always looking to get out of underperforming investments and double-up on their winning ones. They understand that they must stay in the market for the long haul. Traders, on the other hand, are constantly in and out of coins in order to maximise returns.

Investors look to high timeframe charts, as well as the stochastic RSI, which is currently at its lowest level, to understand whether quality projects are oversold and undervalued given market conditions.

Polkadot (DOT) is a recommended buy, with profit taking suggested between 10% and 20%, because no one knows which way Bitcoin will go after a small surge. Setting stop losses at support is recommended if Bitcoin falls again.

From a broader perspective, Polkadot (DOT) is down significantly, roughly 60% from all time highs, indicating that a reversal is imminent because nothing goes in a straight line. It is a good long-term investment as it is still in the buying zone.

Terra (LUNA) has recently broken through a 4-hour resistance trendline. It’s a recommended buy at around $75.2, with a $72 stop loss. The first and second take profit prices are $85 and $93, respectively.

ThorChain (RUNE)  has broken out of short-term resistance with the higher high in play. The entry price is around $6, with a stop loss roughly 3% below the entry price and first and second take profit levels of 15% and 30%, respectively.

RUNE is also a fantastic long-term and short-term investment. The stochastic RSI is at the bottom and indicates the token is a good long-term buy.

A likely break out of low timeframe resistance and continuation on higher time frames could see RUNE hit major trendline resistance, around 112% from present price.

Avalanche (AVAX) has broken over short-term resistance and set a higher high, and a retest is likely. The entry price is between $90 and $92, and the stop loss price is around $88. The first and second take profit prices are 10% and 22%, respectively, of the entry price.

The weekly stochastic RSI reveals that AVAX is oversold on a higher time frame, and a possible break out of key resistance might send it into price discovery mode.

Chainlink (LINK) is not recommended as a long-term investment because it has had a strong run in recent weeks and it is not a smart stock to pursue pumps.

Fantom also is not a recommended buy as a long-term investment, because the best time to buy was around December, and the coin has been on a roll since then.

MATIC, SUPER, RNDR, QREDO (new coin) collectively are not at the oversold region yet even though they are close.

Now is the moment to look at the market through the eyes of an investor who is always looking to get out of underperforming investments and double-up on their winning ones. Investors understand that in order to optimise returns, you must remain in the market for the long haul.

Investors look to high timeframe charts, as well as the stochastic RSI, which is currently at its lowest level, to understand whether quality projects are oversold and inexpensive owing to market conditions.