Crypto Banter4 days
Contributor
The sleeping Fantom giant is about to wake up and fulfill its prophecy. Here's where the degen rocketship can take you! 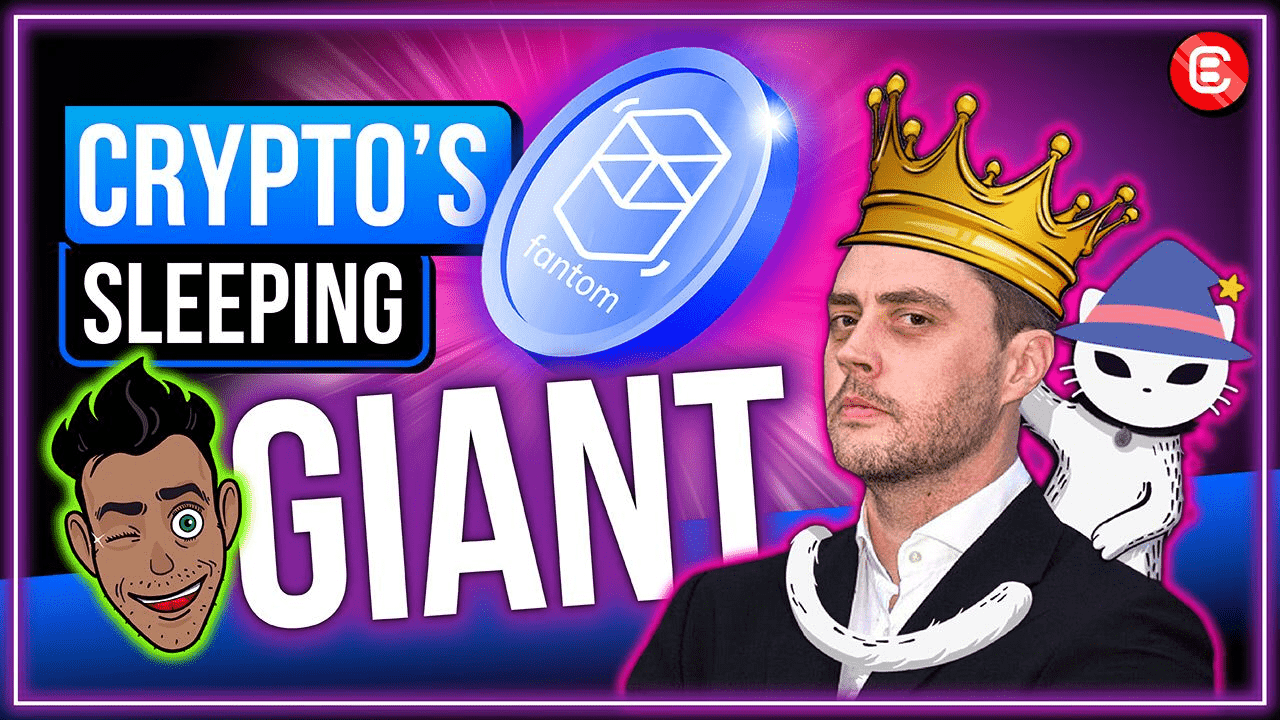 Ran’s Twitter mojo is on track. He called LUNA December in November, and the moon wolves have been howling since. He called FTM January in December, and we’re about to witness the Fantom spirit take over the market.

The mythical Fantom protocol got a grip on the entire crypto narrative, and it’s not letting go anytime soon. Who in their right mind would not bet on an awakening giant that’s GREEN like HULK when markets are exhausted? NOT THIS FANTOM!

It’s the season to be Fantom

Fantom is not as scary as it seems. In fact, FTM’s price is all positive as the sleeping giant  starts to awaken! This year is FTM’s, with its price action still in the green – and not that many can brag about calling it. Even more so, FTM is standing tall with a 21.9% increase on the AltRank, which shows the sentiment is strong with this one!

Let’s talk about Fantom’s total value locked (TVL). JUST LOOK AT THAT TVL! DeFillama data shows Fantom is on a hot streak both daily and weekly, outperforming the TVL increase across the top 10 chains. Its TVL is up by 21% on the seven-day time frame and 4.93% on the one-day. How’s that for a WOW factor?

During his Crypto Banter show, Sheldon The Sniper charted the DeFi Index showing how DeFi is on the way to a swift recovery. Money is moving back into DeFi, and Fantom could be one of the catalyzing agents for why this is happening – FTM January *cough*.

Let’s acknowledge it! The FTM giant is here to stay. But why is FTM the chosen one for January? One giveaway is the increased Fantom activity on Multichain!

Fantom plays into the Layer-1 (L1) narrative. It bulldozed its way into the top ranks because it has strong fundamentals – it’s EVM compatible and cheap. It’s got everything other L1s have and even something extra.

That extra Fantom charm is its take on DeFi protocols, not just forks. Tomb Finance is a clear-cut example – It’s changing DeFi, adding insane returns of up to 31,000% APY without any risks of impermanent loss looming around. So get a grip on how to stake and make the TOMB here.

Then there’s the ongoing social media hype about what’s expected of Fantom shortly. Some speculate about a Coinbase listing, plus the expected release of Felix Exchange, and a grand announcement by Harry Yeh! Of course, we can’t imagine him going more degen than he already is, but let’s wait for 19 January.

But the keys to the castle are the three degen musketeers who feed the Fantom giant. As we covered in our Layer 1 2.0 article, Daniele Sesta, Andre Cronje, and Harry Yeh continue building up the protocol with new use cases.

Teamwork makes the dream work, what? These guys fit together like Jack and his beanstalk.

The trio are true geniuses. They’re degens who have an eye on the pulse, each carrying their own stick. Andre Cronje is a wizard who along with Daniel Sesta helped put the pin on AVAX and has other notable achievements under his belt like TIME, SPELL or MIM. Now, with Harry Yeh backing them, the beanstalk could reach the moon.

The new protocol on the block

Pull back a bit, and let’s focus on why the Fantom TVL is increasing. It’s because the trio has been brewing something grand under the name of allegedly called SOLID – at least that’s what the blurry sign might say.

The token, ve(3,3), as highlighted by Jack Niewold, uses the same voting mechanism protocol as Convex and Curve and staking mechanism as Olympus DAO. Nothing major, just the BEST DeFi protocols on the market. And the gift keeps on giving!

The good/bad news is that degens can’t buy it straight up. Fantom will have another protocol that’s abiding by the same ethos of no-ownership and no-founder, while tokens will be distributed to the Top 20 protocols on Fantom by TVL. At last, the AHA moment we’ve been building up to.

The only way to obtain indirect ownership or interact with the new tokens is to enter the Fantom ecosystem and jump into DeFi. Route 2 Fi and @surycapital have a handful of strategies that involve Reaper Finance for an API of 900%, for starters. Or take Route 2 Fi’s path of credit for a high stablecoin APY.

A strong community has  always, and we mean always translated into a thriving ecosystem. If the Fantom community could get a prize, it would be for the most DEGEN and active community for protocol utility! They’ve been there from Day 1 and are garnering the support from many other communities through the shared success of defi and integration with other protocols.

If that was a handful of insightful data, that’s just to keep you degens level-headed in the upcoming weeks/months when Fantom goes full-on!

Fantom has been a sleeping giant for a long time, and it’s ready to wake up. It’s a Layer-1 protocol: it’s EVM compatible – and we saw what happened with those in 2021. It’s also a cheap and scalable blockchain that is severely undervalued, but not for long.