Crypto Banter6 days
Contributor
Inflation is out of control and the Fed has no choice but to step in. Only an idiot would bet against their resolve. Turbulence is incoming, so fasten your seatbelts! (But don’t worry - there’s clear skies ahead!) 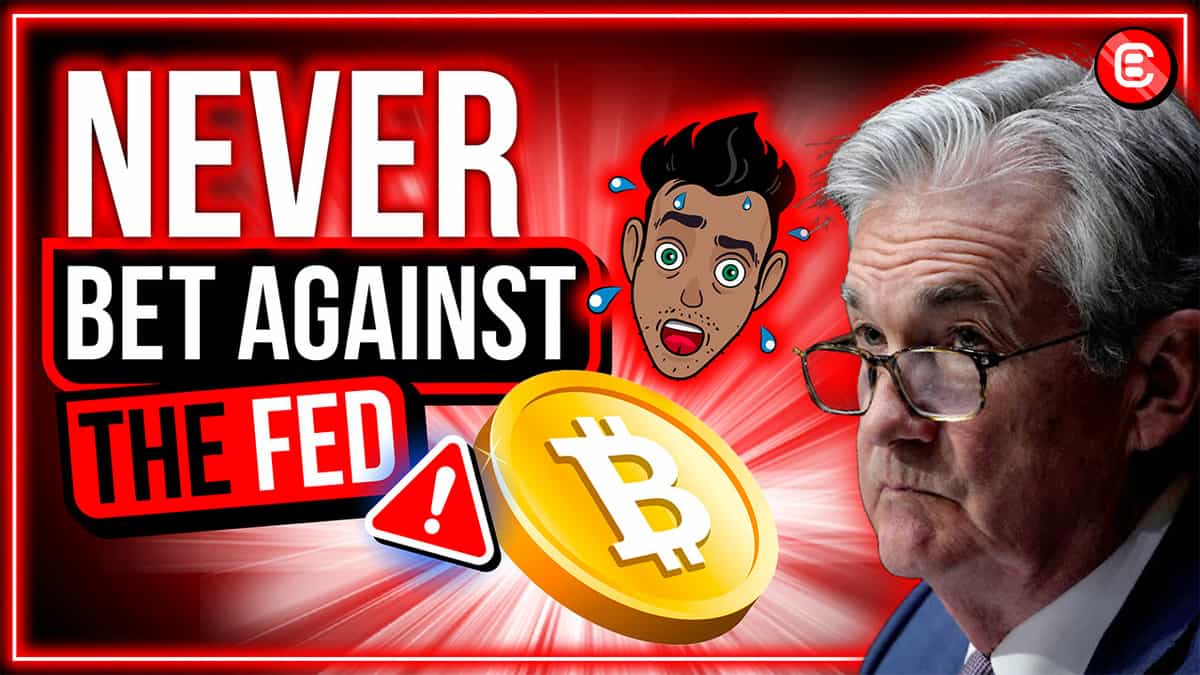 With the monthly Consumer Price Index (CPI)  data coming out on Wednesday, all eyes are on the Federal Reserve (Fed). It has a job to do: reign in rampant inflation, and pronto.

Sheldon might be the one eating smelly fish today, but a mouthful of Surströmming is transitory. You know what isn’t? Inflation. And with the monthly Consumer Price Index (CPI)  data coming out on Wednesday, all eyes are on the Federal Reserve (Fed). It has a job to do: reign in rampant inflation, and pronto.

Money printers have been going “brrrrrr” ever since you-know-what began in early 2020. You’ve all heard the stats: 40% of all US dollars in existence were minted out of thin air in the past two years. How’s that for some seriously dismal tokenomics!

Basically, they need to sort out this mess ASAP. Think they won’t? NGMI. Betting against the Fed right now is a sure-fire way to get REKT –  the investment equivalent of harakiri, the Samurai technique of self-disembowelment. But with zero honor!

Whether the Fed had a better alternative than to print cash like crazy is another matter. Its mandate after the Covid-crash in March 2020 was to make people feel secure during a time of unprecedented uncertainty – to keep them employed, and to ensure they could put food on table (with enough spare change leftover to stockpile toilet paper). And it largely succeeded by doing the following:

Inevitably, this led to inflation. Which the November CPI data revealed to be at a 40-year high. Not a good look for an institution whose sole purpose is to keep inflation under control.

The Fed seriously needs to restore its cred, which is why it’s done a sudden 180 degree turn, flipping incredibly hawkish in a matter of weeks. Having insisted inflation was “transitory” (even though nobody believed it), Jerome Powell back-pedalled on 30 November, declaring the problem “no longer transitory.” How’s that for some finely crafted bullshit? All this means the Fed has egg on its face. It has to step up, step in, and prove it hasn’t totally lost control.

Back in June, it said there’d be no interest rate hikes incoming in 2022. By September, the likelihood of half a rate hike was in the cards. Two months later, it announced slow (tapering) would be introduced in Q1 of 2022. Late last year, minutes before the 14 December Federal Open Market Committee (FOMC) meeting, the Fed revealed it was going to put its money where its mouth was, introducing three rate hikes across 2022, an accelerated tapering campaign, and stringent measures to address its soaring balance sheet.

If rate hikes and tapering were already priced into the stock (and crypto) markets, the balance sheet problem was the sucker punch few saw coming. Problem is, at this late stage in the game, the Fed’s been left with no choice but to take drastic action: a case of too much, too late!

Can the Fed pull it off? Yes. Quite easily. If quantitative easing (QE) is the purchasing of bonds (worth around 120 billion dollars a month), quantitative tightening is when it offloads them in a bid to bring down the balance sheet (to the tune of tens of billions per month).

As we’ve written in previous articles (like this one), the Fed has a job to do, and a difficult one at that: to reduce inflation to acceptable numbers (for long enough to claim success) without seeing equities tank completely and to ensure employment. It needs people to stop spending on the basis of lower expected returns in the next quarter or two without precipitating a massive sell-off of risk-on assets – not least because the midterms are due later this year, and it has got to make the current administration look half decent (its hardest job of all!). This is why we can expect another directional policy change at some point in advance of November 2022. Sending the Democrats to an election during a bear-market would be like sending lambs to the slaughter.

It’s a balancing act. And the implications are huge for equities and crypto alike. For a brilliant, cerebral deep-dive into the various ways this can play out (and how stocks and crypto would likely be affected across a range of eventualities), we highly recommend Arthur Hayes’s superb article Maelstrom. It’s seriously good.

The Fed has a mandate: to do its job! Do not, we repeat, do not bet against its willingness and capacity to do so. Right now, that means fighting inflation by any means necessary. It’s also a PR issue: it has to show itself to be both in control and competent, which means subduing an overheated stock market for a sustained period without triggering a full-on collapse. It’s like walking a tightrope. And while that could mean a choppy crypto market in the short term, there’s hope on the horizon.

Once the Fed has revived its credibility for long enough to look good, chances are high it’ll turn on the faucets around the second or third quarter (Q2/Q3). Why? Because the government will insist on going into an election flaunting a healthy market! We should expect turbulent activity for now, and expect an upswing down the line. What does this mean for your portfolios? It means you need a solid strategy based on fundamentals. Which is exaaaactly what we’re giving you. Keep your eyes peeled for our upcoming article The safest crypto bets right now for full details.