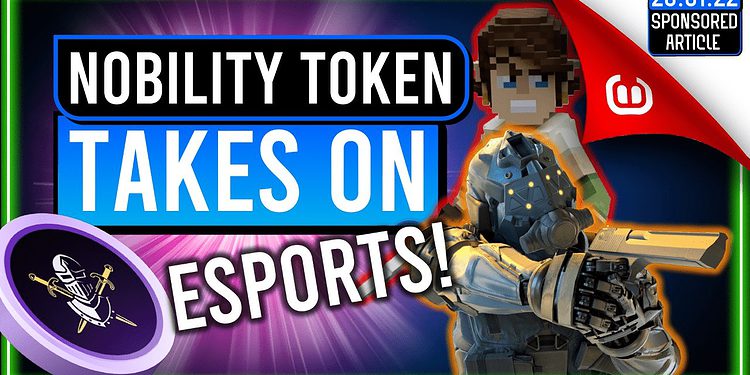 Nobility Token is a coin on a crusade

eSports is big news. The sector was worth over $1 billion last year and experts expect that figure to almost double by 2024.  This makes the industry an attractive target for would-be disrupters and one such company, Nobility Token, has firmly set its sights on doing just that.

eSports is big news. The sector was worth over $1 billion last year and experts expect that figure to almost double by 2024.  This makes the industry an attractive target for would-be disrupters and one such company, Nobility Token, has firmly set its sights on doing just that.

“We can see a future where gameFi, play-to-earn, and eSports converge. This confluence is precisely what we hope to achieve with Nobility Token ($NBL) and our NFT collections like Noble Knights. We want to host global tournaments where skilled players compete in live competitions for real rewards,” says Kyle McDougal, CEO, Nobility Token.

The developers, which launched their first NFT collection this week, are hoping their token with its unique prize pool tax can lure the world’s best players into their planned Knights-based metaverse.

Every $NBL transaction carries a levy that’s fed directly into a communal prize pot. Imagine a virtual representation of Squid Game’s giant piggy bank and you’ll get the idea. As traders buy and sell $NBL, more and more funds are transferred into the prize fund that the team will use as prize money for their tournaments.

Capital for the gaming side of the project will come from NFT projects, like the recent Noble Knights collection. The team has already earmarked land in Decentraland and The Sandbox metaverse. They plan to finance the construction of a tournament arena with the proceeds from the sale.

Noble Knights is more than just the next cool art project.. Each of the 4,444 unique knights will mint with varying degrees of in-game perks. In the next phase, Noble Knight holders will pit their tokens against others in winner-takes-all combat. The victors will rise in rank, renown, and riches, while the losers face NFT burn.

The developers hope to have a live beta version open by mid-2022. More distant plans include an animated series, pro sponsorship deals for top players, and there’s even talk of brick-and-mortar gaming arenas.

Whether Nobility Token successfully defeats the eSports arena in hand-to-hand combat is a matter for future historians. Either way, the token’s unique prize tax and stunning knights in shining armour NFTs are worth keeping tabs on.

We recognise the significant demand and value that crypto holds for eSports and gaming. While Banter is not invested in this project and recommends that each reader do their own research, we do however believe that disrupting prize pools and utilising NFTs for community incentives and player perks is a sure way to stay ahead of the game!

Nobility Token has paid for this to be placed on Crypto Banter, because they want to reach our audience. And we have accepted because it pays our bills. HOWEVER, the information above is supplied by Nobility Token to Crypto Banter. We take no responsibility for its veracity, and publish it as a service to the Banter Fam and to the broader crypto community. We have not invested in this project. As always, DYOR before investing in any new project.