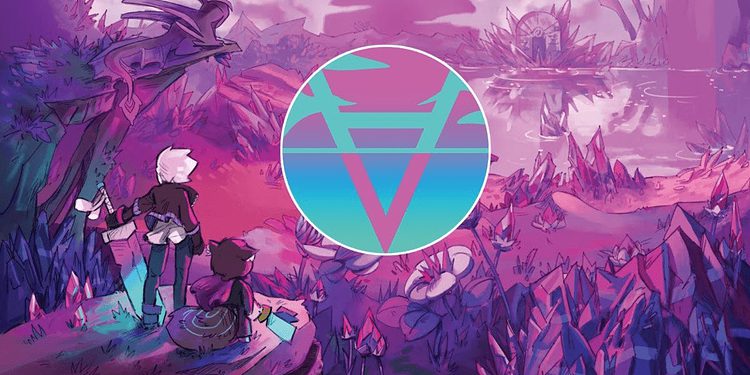 It’s mind-blowing to think that you can make money while playing games. Play, catch and earn. That’s amazing! Over the last several months, there has been a tremendous increase in the number of play-to-earn (P2E) concepts all over the world, which has been greatly aided by the popularity of some of the earlier play-to-earn games, such as Axie Infinity. The Aurory Project is one of these. Let’s talk about this play-to-earn gaming platform which is built on the Solana blockchain!

Overview of the Aurory

Aurory is a blockchain-based massively multiplayer online role-playing game (MMORPG). It is a free-to-play & play-to-earn role-playing game based on Solana in which players are welcome to explore a large and diverse environment. It is also part of an NFT ecosystem.

Aurory is one of the first AAA blockchain games to show a polished demo in which a character can wander around the world. It is mainly an adventure game set in the world of Antik where the player must hunt for Nefties, the supremely colorful, weird, yet powerful indigenous creatures.

The game entails earning riches and awards, which are remitted in the game’s own token known as Aury.

Aurory Project is a blockchain gaming studio and one of the Solana ecosystem’s early adopters of incentivized, blockchain-based gaming. It aims to set the standard for play-to-earn games by creating innovative and attractive gameplay that also cultivates virtual in-game economies.

The company’s goal is to encourage the global acceptance of cryptocurrencies. This is accomplished by introducing gamers to the blockchain through incentivized gameplay, lowering entry barriers to web3 gaming and working hard to bridge the gap between web2 and play-to-earn gaming.

Aurory, was co-founded by Yann Penno, Creative and Art Director with over 14 years of experience working in the indie games industry as a 2D/3D animator and art/creative director. Paul Vadillo, Marketing Operations & crypto enthusiast has witnessed tremendous growth since its inception in the last quarter of 2021 with a massively growing population of over 37,000 members on Discord, 184,000 followers on Twitter, 9.5k followers on Medium and over 10k followers on Instagram as at the date of publication.

The team’s major goal is to establish a standard for blockchain games in order to provide more benefits to the players. As a blockchain game, it allows players to hold their rewards in their own wallets which they can cash in for fiat currency at any time by liquidating it on a decentralized crypto exchange. The platform allows gamers to earn NFTs and rewards in $AURY tokens.

The players will travel across the worlds of Antik and Tokané as they complete quests, discover lost relics, defeat enemies, and compete against other players using creatures called Nefties. These magical creatures can be hatched, evolved, traded, used to battle, and have been designed as non-fungible tokens (NFTs). They will accompany players as they embark on their adventure through a variety of immersive game modes in this JRPG (Japanese role-playing game).

Aurora uses the same play-to-earn game mechanics as Axie Infinity. Players can earn tokens ($AURY) and NFTs by playing the game which can later be used to buy items in the marketplace and improve their chances of success in the game.

Satoshi, who invented the decentralized financial system in opposition to the traditional regime, Helios, the first Nefty ever produced, and Sam, a simple worker who becomes the world’s hero, are all included in the story.

The players’ main goal in the Aurory universe is to wander the world in search of new Nefties and catch them utilizing their wallets. By doing so, the players can assemble the greatest Nefties team possible by preparing them for any eventuality and devising the best strategy for them to follow.

Every Nefties species has its own set of skills and qualities in the universe. In combat, Nefties can take on a variety of functions, including defense, damage, sabotage, support and manipulation. The role-assignment method in Nefties is completely up to the players; they can change their team for the greatest results.

Nefties are original inhabitants of the world of Antik which is ridden with relics and collectibles. Nefties are imperfect creatures who are constantly looking for methods to complete themselves through training under humans (players). They improve their skills through battles and dueling with other trainers.

Antik is home to a variety of Nefties, each with its own unique set of skills and vulnerabilities. Building a great team and employing them strategically in battles and tournaments necessitates players learning about their individual abilities and experimenting with them in different combinations.

Because Nefties are also NFTs in the game, they may be traded on the Serum DEX or any other decentralized exchange.

Aurory is a world split into two parallel planes.

Antik is the world where Nefties live. Antik is a world full of mysteries and mysterious creatures called Nefties. Antik is under the regime of the Barons who led it to the financial crisis.

Tokané is a magical world filled with unique creatures called Nefties. The powers of Antik have discovered the existence of Tokané, and have created a portal to pass between worlds. Denizens of Antik are filtering into Tokané, fleeing their masters, corrupting the Nefties and greedily staking their claims. And their masters are not far behind…

The players will follow the adventures of both Sam and Helios. The players will control both heroes as they recruit Nefties to their cause and fight against the manipulative and controlling Barons.

Helios — Born in Tokané, he shares many of the magical powers that other Nefties have. He might not be the strongest, but he is very clever and agile instead. He can climb and use his sharp claws to cut trees and other organic structures. Additionally, he can teleport back to Sam at any moment, making him a key character in solving some puzzles.

Sam — Born in Antik and being a human, he is physically stronger than Helios. He can wield larger weapons, use various tools, and basically do all the heavy lifting. However, he cannot wield magic like Helios or teleport.

Players in the world of Antik are called Aurorians. The game developers have so far minted more than 10,000 of these characters on the Solana blockchain and they come with their own unique hairdo, costume, accessories and equipment.

These avatars have several uses, and they act as a player’s visual identity through a 3D skin. Owning these early avatars would mean that a player will be treated as an early supporter of the game, a fact which will be certified with a badge of authentication, and other benefits, like early access to future game modes.

Owning these early avatars will also make players eligible for frequent NFT drops and grant them decision-making power in the game development process.

Aurory can be played in two modes — Player vs. environment (single player) and player vs. player (multi-player).

Aurory’s PvE is a single-player mode. It lets players acquire their first Nefty and Guardian for free, and explore how the Antik world works.

In the single-player section, players will be able to play as both Sam and Helios. Sam is strong and able to carry large weapons, while Helios can use magical powers, climb trees and teleport.

This mode allows players to get familiar with the game, explore its many locations and gain confidence before playing the PvP mode.

Another great thing about the game’s PvE is that it’s always evolving, meaning players can expect new offerings from the developer.

PvP is a multi-player mode in this gameplay. Once players have formed their ideal Nefties team, they can now compete with other teams all over the globe.

They can compete in any chosen battles, including ranked tournaments, friendly duels, and game modes. Trainers can also participate in Special Modes, which will be revealed soon by Aurory’s team.

The battle starts by having a draft system that helps players anticipate their enemies’ strategies to form an effective counterattack.

Players’ chances of winning can also increase by changing the orders of their Nefties, which will give them an ideal order of attacks.

$AURY is Aurory’s multi-utility ecosystem token. It is a Solana Protocol Library (SPL) token that was created on the Solana blockchain. The players can earn through PvE and PvP game modes, as well as through staking. To boost the in-game economy, players are urged to spend $AURY tokens on better items and Nefties in the marketplace.

These tokens can be used to purchase NFTs from other players, new outfits, modifications, cards, and other accessories to help you become a better player in the game.

Players can also stake these tokens in the staking pool in the game for further rewards. The staking pool will work as a consolidated fund to manage the game’s ecosystem. The stakers will be rewarded with part of the fee that will be charged from players conducting any trade on the game’s exchange or its online marketplace.

Players can also buy land on Antik with their Aury tokens. Owning land will render a player eligible to respawn it or use it for teleportation to other remote areas on Antik.

Owning land, a player also gets the power to avail the opportunity of exploring dungeons that appear on it. These dungeons can also be explored by other players for a fee. The landowner is also entitled to get a part of the fee that other players pay for exploring these dungeons.

Land on antic comes in different categories. These categories have been classified as Common, Advanced, Rare, and Legendary. Each category determines a land’s propensity to make a dungeon appear on it, and the types of rewards it will generate.

The Aurory Marketplace is an important part of the game, even if it is not the main focus. The marketplace allows players to exchange game assets and various commodities like Nefties, eggs, golden tickets, cosmetics, and more. Players will be able to spend their hard-earned $AURY on strengthening their Nefties, obtaining access to better items, and collecting highly prized NFTs.

The developers have envisaged their own version of a Decentralized Autonomous Organization (DAO), which has been named DAOry. The organization will be composed of all NFT holders, and it aims to put Solana at the forefront of the NFT ecosystem.

The DAO is initially planned to be funded with 10% of the initial sale proceeds on Aurory (1,000 sol, the Solana coin) and then further with a recurring investment of 1.75% of all Aurorians sales. The developers envisage this project to be the largest platform for digital art (NFTs) collectors.

Aurory is a promising blockchain game with an intriguing premise and gameplay, tokens, staking, and DAO intentions, indicating that it is a long-term project.

Aurory is still some time away from being released, and many of its details have yet to be revealed. It may be one of many games in the process, but it is undoubtedly one of the most ambitious. Aurory possesses all of the elements of a well-rounded game capable of competing successfully in the rapidly developing blockchain gaming world.