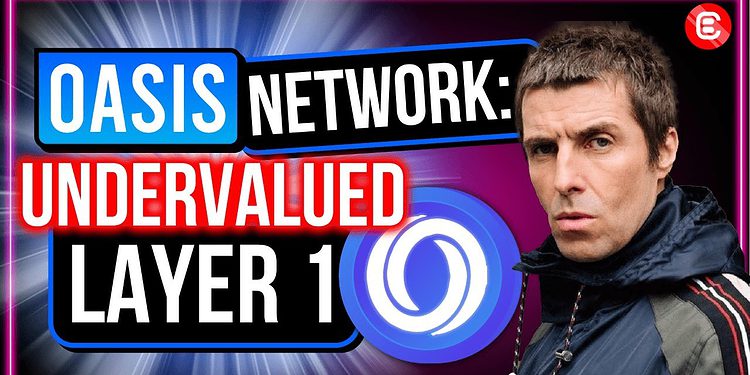 What is Oasis Network? And why should you be paying attention?!

Oasis Network, often known by its token name, ROSE, is a privacy-centric smart contract platform built using the Cosmos SDK, and it's gaining a huge amount of developer traction.

We’re big believers in the privacy narrative, and Oasis is one of the leading Layer-1s set to benefit from growing demand.

That would explain why its developer activity, total value locked (TVL), and price charts are all looking so bullish.

Launching its mainnet in November 2020, the network is backwards compatible with Ethereum, allowing developers to launch decentralized applications (dApps) across to the Oasis blockchain.

We always suggest you follow the smart money, and the Oasis protocol is backed by some of the top Silicon Valley VCs, including a16z, Pantera Capital, Accell and Polychain Capital.

The native utility token for the network is ROSE, which is used to pay transaction fees, staking, and delegation at the consensus layer.

Speed is your friend

This impressive stack allows for cutting-edge scalability, allowing for faster transactions speeds and higher throughputs than other networks, via this separation of compute and consensus operations between the two layers.

DeFi remains in its infancy, with trillions of dollars in legacy financial markets to potentially enter the space in due course.

Oasis aims to expand DeFi beyond the early adopters by enabling private, highly scalable smart contracts tailor-made for a range of novel use cases, such as private lending, undercollateralized loans and private automated market makers.

If DeFi is to attract widespread institutional adoption, the significance of the privacy narrative cannot be overstated!

The combination of scalability, low fees and privacy makes Oasis Network a hot prospect for a range of institutional DeFi plays.

Oasis is also breaking new ground thanks to its paradigm-shifting “Tokenized Data” capabilities.

To explain, we need to first outline two important principles:

Combine these, and we have “Tokenized Data”, something those at Oasis believe will power the next generation of privacy-first applications.

But there is more: data providers can put their tokenized data to work, earning rewards by allowing their data to be analyzed by approved apps. Users can also retain control over how their most sensitive information is used (or not used!) by apps and services.

Nebula Genomics is one of Oasis’ most illustrative case-studies: the company wanted to distinguish its product from those of competitors by giving users control of their genetic data.

Using Oasis’ framework, customers can retain ownership of their genomic data and Nebula Genomics can run analysis on the data without seeing the customers’ raw information.

The Oasis team is made up of top talent from around the world, with backgrounds from the likes of Apple, Google, Amazon, Goldman Sachs, UC Berkeley, Carnegie Mellon, Stanford, Harvard, and more.

As Ran often says, always follow the developers. Developer activity is a leading indicator. Price is a lagging one!

And on that basis, check out the developer activity on Oasis Network.

That said… What are the charts telling us?

Bitcoin has pumped, and certain altcoins could be set to follow suit.

ROSE is teasing a breakout at this very moment which could see it make its way back to those previous levels.

Oasis Network is a winning combination: high-end fundamentals that align with some of the key narratives we’ve been talking about in recent months, including the insatiable demand for Layer-1 blockchain technology, and the need for privacy-focused protocols. The huge amount of developer activity (that’s been spiking in recent weeks), plus the fact that the charts seem to be gearing up for a breakout, means this project is set to gather a lot of momentum in the weeks and months ahead.