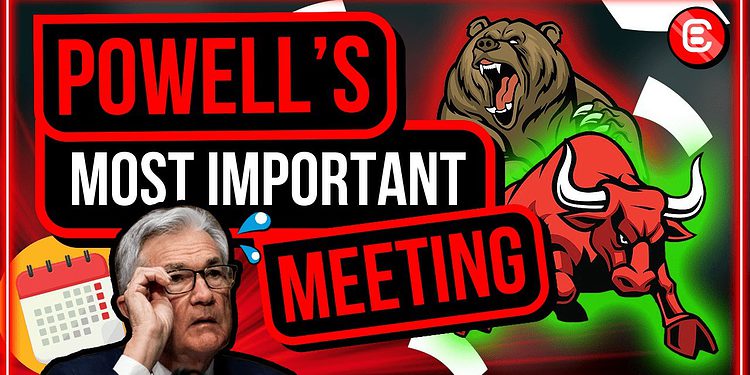 26 January 2022 could make or break markets around the world

As the Federal Open Markets Committee (FOMC) meeting nears, the world waits with bated breath to see which way the Fed is leaning with regard to tapering. We look at all the major possibilities and outcomes of what is being dubbed ‘the single most critical event in determining the future of the global economy’.

As the Federal Open Markets Committee (FOMC) meeting nears, the world waits with bated breath to see which way the Fed is leaning with regard to tapering. We look at all the major possibilities and outcomes of what is being dubbed ‘the single most critical event in determining the future of the global economy’.

The FOMC is the branch of the Federal Reserve System (FRS) that determines the direction of monetary policy, specifically by directing open market operations (OMOs). To understand more about what FOMC is and what it does, refer to one of our earlier articles on this topic.

There are two possible outcomes to this meeting. The Fed could either take a dovish stance, with no interest rate hike this month, but could signal that they will do so in its March meeting.

The other outcome is a hawkish stance, where they increase the interest rates this month, which would be a pretty bearish outcome for the general market.

A dovish stance here could lead to higher inflation numbers and a hawkish stance will lead to further downside to an already heavily corrected market which will inadvertently lead to higher unemployment numbers which is why Jerome Powell has a huge task at hand, to find a balance so as to ensure that unemployment numbers stay in check and also to make sure inflation is kept in check. This is no easy task and each direction holds heavy consequence.

If the Fed decides to not raise interest rates this month, it would be a very bullish sign for the markets. This could then lead to the markets initiating an uptrend with strong momentum, prompting the crypto market and other risk-sensitive assets to also go up.

This seems to be the more probable meeting outcome, but could lead to inflation soaring even higher, resulting in increased prices of consumer products.

The less probable scenario is that the Fed increases rates this month. This has consequently not been priced in by the market, which means we can expect a lot of volatility and price action as the markets settle to price in this news.

If the Fed does raise interest rates, the markets could plummet even more, which most analysts believe will lead to a recession. It would also be very bearish for crypto, and other risk-sensitive assets, and will induce an ever further drawdown.

However, most analysts and traders believe the Fed is leaning towards a dovish stance as the traditional stock market has already gone through a major correction, and a hawkish stance from the Fed here could lead to the market going even further down. The number of people who have invested money in the stock market is at its highest ever, and considering how the stock market is linked to the economy because of these market participants, it is understandable why analysts don’t expect any further bearish news from the Fed.

Crypto Twitter is ripe with predictions and theories about the final outcome of the FOMC meeting tomorrow. Even though the dovish stance is more probable and expected, a curve ball from the Fed can’t be ruled out. That’s why it’s best to wait for the final outcome of tomorrow’s meeting and then devise your investment strategy accordingly.