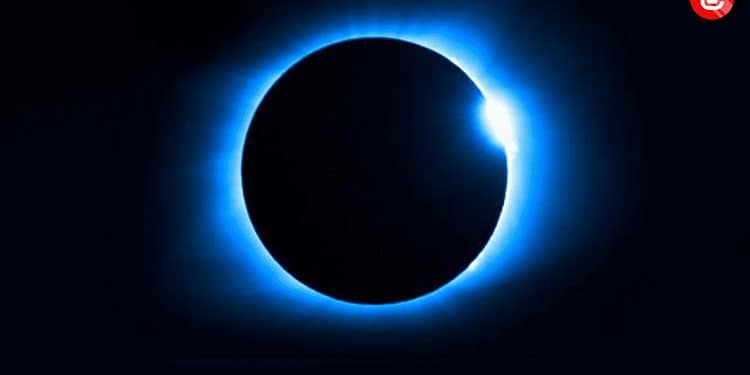 A deep dive into the most exciting DEX around

$ASTRO is the native token for Astroport, Terra’s decentralized, extensible, and community-owned exchange.

Contributed by Kel The Observer

$ASTRO is the native token for Astroport, Terra’s decentralized, extensible, and community-owned exchange.

And it could be one of the most asymmetric bets around. That’s not just a personal opinion. Someone just made a $1.5m market buy.

Uniswap has become one of the most used decentralized exchanges (DEX) on the Ethereum ecosystem, amassing a total locked value (TVL) of about $10.5b in December 2021. The Ethereum DEX has iterated throughout its existence, with the current version — Uniswap V3 — launching in May of 2021. Terraform Labs seeks to incorporate the six-year learnings of Uniswap’s journey into Astroport, taking the best features and eschewing problematic features and shortcomings. Furthermore, Astroport aims to become the de facto DEX for the exponentially growing Terra ecosystem, potentially offering users from other blockchains access to its liquidity without requiring a Terra-based blockchain wallet.

The $ASTRO token is a governance token which allows holders to accrue trading fees when they stake their tokens in an upcoming stake pool. According to its developers, Astroport is designed to become a digital commons owned, controlled, operated, maintained, and updated by the community of its users and builders. Hence, $ASTRO is a tool for distributing the value of, and power over the Astroport protocol to token holders who can vote on the direction and implementation of the project. This article explains the potential value accrual mechanism from owning the $ASTRO token.

Where and how can I buy $ASTRO?

The $ASTRO token is available on the Astroport and Terrastation DEXs and the centralized exchange MEXC Global. Buying the token from a DEX requires using Terra’s algorithmic stable coin UST, available on Binance and KuCoin (see the end of the article to set up an account). For instance, one could buy UST on Binance, transfer the UST to a crypto wallet, connect to Astroport or Terrastation and swap the UST for $ASTRO.

What will it do for investors?

Holding $ASTRO at this early stage of its inception is potentially an asymmetric bet, especially if it amasses a similar trading volume to Uniswap and reaches an equal market capitalization

Nonetheless, token holders can accrue a portion of all trading fees on the Astroport DEX, aside from future token price appreciation. To accrue trading fees, token holders must “stake” their tokens. Staked $ASTRO yields xASTRO, giving the holder governance votes. Staking xASTRO yields vxASTRO, further increasing fee accrual and governance votes. xASTRO is transferable, but vxASTRO is not. vxASTRO is not tokenized. Instead, it allows users to leverage their xASTRO to access additional benefits within the Astroport ecosystem, such as increased protocol fees and governance powers.

Who are the team members/founders?

The Terra Money whitepaper emerged in April 2019, with Evan Kereiakes, Do Kwon, Marco Di Maggio, and Nicholas Platias as contributors, and the founding team of Terraform Labs. The whitepaper has since spawned the Terra blockchain network and various ecosystem projects, with Astroport as an essential project with direct contribution and development from Terraform Labs — the developers of the Terra blockchain network itself.

Do Kwon could be the most recognizable name within the Terra community. The Stanford-educated computer scientist is the founder and current CEO of Terraform Labs, and he is currently building Terra, a digital currency made for Web3.

Marco Di Maggio is a Professor of Business Administration at Harvard Business School (HBS). He earned his PhD in Economics at MIT before joining HBS and has worked at Columbia Business School. Professor Di Maggio dedicates his non-teaching hours to Terra, where he focuses on researching and implementing the protocol design, stability mechanism, discount regime, and growth incentives at Terra.

Evan Kereiakes worked as a blockchain researcher, building and launching Terra, and co-authored the April 2019 whitepaper. He has since worked as Head of Asia Ecosystem and Alliance at cLabs, the developer of the Celo blockchain. He currently works as a Business Lead for Ubeswap, a mobile-first decentralized exchange powering decentralized finance (DeFi) on Celo.

What is the market opportunity?

Astroport is replacing Terraswap, a widely known and used AMM for the Terra ecosystem, which faced several issues that Astroport seeks to address. For instance, Astroport will integrate non-Terra assets like wrapped-staked-Ethereum (wstETH), staked-Solana (stSOL), and staked-LUNA (stLUNA), all offered through Lido Finance and the Wormhole cross-chain bridge.

Furthermore, Astroport seeks to be the Terra ecosystem’s Uniswap, Balancer and Curve Finance. The Uniswap comparison is straightforward — an AMM DEX.

Balancer is a multi-token AMM that functions as a self-balancing, weighted portfolio protocol, allowing participants to create or add liquidity to customizable pools in order to earn trading fees. Compared to a typical constant product AMM model, Balancer uses a generalization formula that can be adjusted to any number of tokens at any amount of weightage.

On the other hand, the Curve Finance model could cause significant value appreciation for $ASTRO holders. Curve Finance token holders — CRV holders — can stake their tokens to receive a share of the protocol fees, but the exciting aspect of the model is the voting or governance aspect. Token holders can vote to allocate a higher annual percentage yield/annual percentage rate (APY/APR) to pools within the protocol. This model then incentivizes interested parties to buy CRV tokens, acquiring greater voting weight and assigning greater returns to specific pools, thus increasing the revenue those pools/projects accrue. In short, interested parties buy CRV to bribe voters, appreciating the price of CRV as a result. This state of affairs is termed ‘The Curve Wars’. Astroport adopting such a model would result in $ASTRO appreciating in price over time.

The success of the Astroport protocol will see an influx of liquidity, which will grow the TVL in the protocol over time. As a comparison, Figure 2 shows the current Astroport TVL, figure 3 shows that of Luna, figure 4 shows that of Uniswap, and figure 5 shows Curve’s TVL, all at the time of writing.

If Astroport succeeds, especially with the significant TVL growth of the Luna ecosystem, its TVL and market capitalization, and thus its token price, could see significant appreciation. This is not a guarantee, but the probabilities favor such a scenario. It is always up to the speculative investor to manage their own risk and take responsibility for their own financial decisions.

Always remember that risk management is essential. Always ask yourself how much you are willing to lose before speculating in cryptocurrencies; never invest more than you are ready to lose. There is no guarantee that Astroport will become the de facto AMM DEX for the Terra ecosystem, just as Terraswap users are already migrating to Astroport. Furthermore, the token price could see a significant drawdown (>90%) during bear market cycles before appreciating to previous all-time highs. There is no guarantee that the speculative scenarios outlined above will play out.