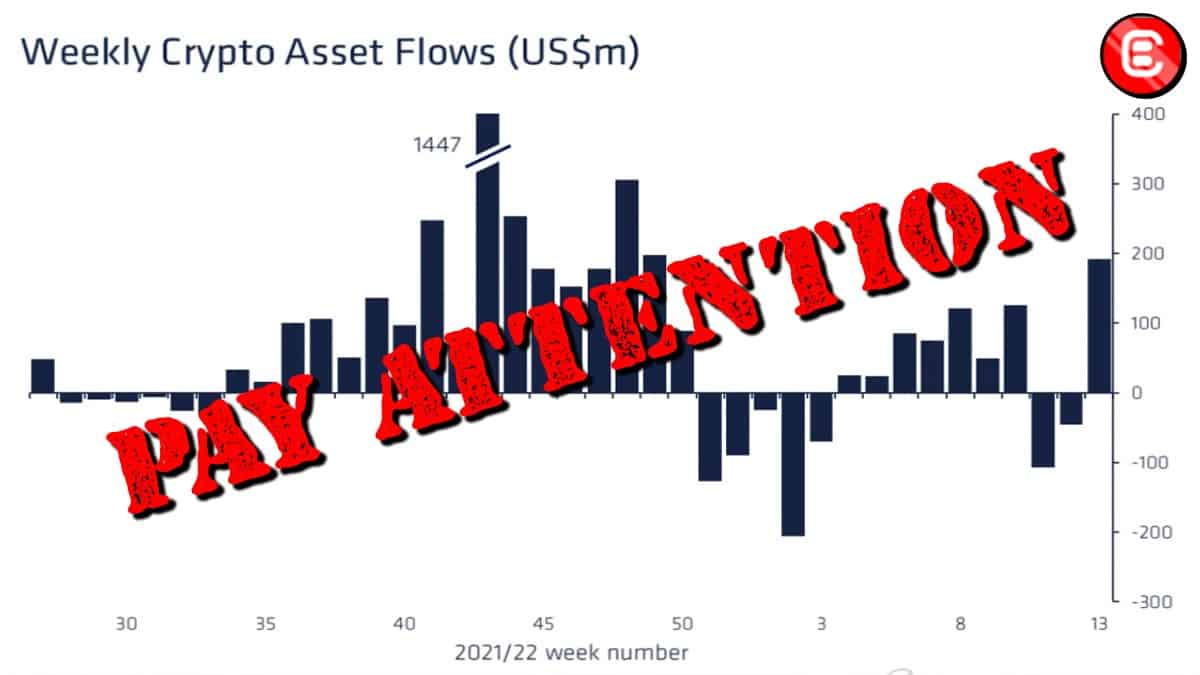 The market is showing strength, bullish sentiment is seemingly restored, and digital asset funds have seen a huge uptick in inflow.

The market is showing strength, bullish sentiment is seemingly restored, and digital asset funds have seen a huge uptick in inflow.

Last week saw funds receive inflows of US$193 million, the highest number of the year (by far).

According to CoinShares weekly report, 76% of inflows came from Europe, amounting to US$147 million, with the US coming in at US$45 million.

The most popular asset was bitcoin, which saw inflows of US$98 million. Interestingly, Solana came in second with a weekly inflow of US$87 million (representing 36% of all inflows). Ethereum, meanwhile, lagged behind at US$10 million. Have these people not heard of the merge?!

And spare a moment for the poor XRP Army: Ripple, as well as multi-asset funds, actually saw negative outflows of US$1 million and US$5.5 million respectively.

Overall, trading volumes recovered to US$2.5 billion for the whole of last week.

It seems everyone wants in.

Crucially, nobody wants out.

A recent tweet from Frank Chaparro suggested over-the-counter (OTC) trading desks were finding a hesitance to sell their BTC in light of the “gigawhale” bidding coming courtesy of Do Kwon and the Luna Foundation Guard (LFG).

It’s a heady cocktail of money coming in, and staying in: You don’t need to be an economist to understand that the combination of heavy buying and an absence of selling tends to mean one thing: “number go up”.

Digital asset funds are where the big boys like to park their capital, as opposed to buying (and taking custody of!) BTC or other crypto assets.

Follow the big money, or even better, get ahead of them. If you’d been buying during the recent market downturn, the good news is that you already are.

Questions for the community: