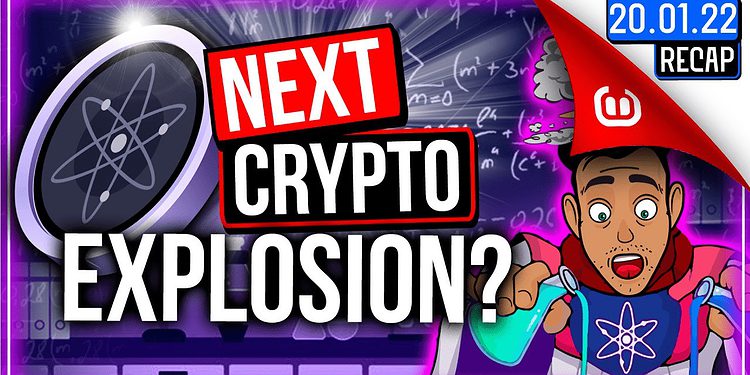 Top crypto ecosystem everyone wants in on! (Get in early)

For those of you degens that are in on the Fantom airdrop, you shouldn’t sell off until you know exactly how these ecosystems are planning to distribute the airdrop tokens or you just might miss out.

The market is still going sideways even though all indications show that we should be heading for a bull run. On the show today, Ran talked about what exactly is going on in the market and what the market situation might be in the coming week. He also let us in on a secret narrative that you should be jumping into right now!

Are we in for a longer bear run?

The market is boring the hell out of us today with its sideways movement. Ran thinks that this movement is going to be short-lived. Currently, we’re hovering around US$42,995 and that’s because there’s an option close out tomorrow with a price of US$43K. With only about 24 hours to go, the price is starting to head back up towards US$43K.

We also have a host of other factors at play here. Ran spoke about how you can separate the on-chain fundamentals from the market for a period of time, but you can’t separate real fundamentals and on-chain data from the price.

Throwing back to April, May and June last year, during the massive dip, the on-chain data and fundamentals were completely detached from the market. Eventually, we bottomed and then we shot up quickly to a new all-time high. The same pattern appears to be playing out now.

Ran thinks there is more money on the sidelines now than ever before. Companies raised US$4 billion in the last two days to invest in crypto growth. That’s money that has to somehow find its way into the market. Also, Andreessen Horowitz is raising US$4.5 billion for new crypto investments.

There’s a lot of money chilling on the sideline waiting to flow into crypto. Even if the market keeps going down, eventually, the money has to go into the market and the market will have to go up.

The pressure has been building up and keeps building with the amount of money on the sidelines as well as the amount of institutional adoption we have been seeing – things look like they are ready to explode. You can’t have a disconnect between what’s happening and the market price for too long. Here are a few interesting announcements that dropped today:

So, all of these are building up the pressure that is bound to create upward momentum anytime now.

Just as with the fundamentals, the on-chain metrics are also disconnected from what is happening on the market. Taking from Sheldon’s presentation yesterday at The North American Bitcoin Conference (TNABC), the other times that the Fear and Greed Index has been this low for this long, we had parabolic bull runs. Also, the other on-chain metrics are screaming that the price should be increasing, yet it has been decreasing instead.

Judging based on the over-cooled reserve risk and leverage ratio to funding rates, 2022 is going to be seriously bullish.

Ran feels that we can’t be disconnected from the fundamentals and on-chain metrics much longer. And the next action he’ll be taking is to start publishing portfolios.

What’s popping in the altcoin market?

Moving on to Fantom, yesterday Andre Cronje and Daniel Cester did a live broadcast on Twitter, where they discussed the Total Value Locked (TVL) in Fantom and in the new project. The new project is a Decentralised Exchange (DEX) with a brilliant liquidity lock design. Remember that a lot of money moved into Fantom because the only way to get in on the DEX airdrop was to participate in the top twenty protocols by TVL on DeFi Llama. In fact, there is one protocol built only for airdrops. Users deposit their FTM into the veDAO so they can get the airdrop. This (Decentralised Autonomous Organisation) DAO currently has the second-highest TVL of $1.5 billion locked into Fantom.

Now, because people have locked up so many tokens on Fantom to get the airdrop, a lot of people might sell tomorrow. Ran thinks this might be a bad move because we don’t know how the protocols are going to be distributing the tokens. So, keep your eyes open for what these protocols are going to be doing before selling off. Otherwise, you just might miss out on the airdrop.

As we know the bees are constantly moving and we are currently watching Cardano, but there is another ecosystem making waves now, and we don’t talk much about it; Cosmos. The Cosmos blockchain deals in multi-chain features. It’s a bridge between multiple blockchains and a lot of the biggest and best projects we know are built on Cosmos. Luna, Secret, Safchain, Injective Protocol, and a host of others are built on the Cosmos ecosystem.

The transactions and TVL on Cosmos is starting to pick up and there are a lot of factors at play here. First, is that multiple strong blockchains are building, using the Cosmos tendermint system. Second, there is now a great bridge between Cosmos and Ethereum. Because of these factors, we are seeing an explosion in an ecosystem that hasn’t had as much hype and marketing as other blockchains. Keep an eye on Cosmos, it just might go for a run soon.

In December, we said that in 2022, privacy is going to be one of the biggest themes in blockchain and this is because logically, businesses in the world can’t expose every single transaction they make on the blockchain. Just imagine buying a cup of coffee with your ETH, and every transaction you’ve ever made with your wallet is available to the barista who just served you the coffee. Yikes! So, it also doesn’t make sense for businesses to make one transaction with a blockchain and have everyone know everything about their transaction history and details. Privacy on the blockchain has become a real necessity. And even though there are projects fulfilling that need, there is still a long way to go.

One of the biggest plays in privacy is called the Secret Network. Secret is the first Layer-1 (L1) to preserve the privacy of transactions and smart contracts by default. You also have the choice to opt out of the privacy setting. If you do decide to protect your privacy, this means people won’t have access to your balance, transaction or data unless they have a viewing key. Secret Network is built on the now booming Cosmos ecosystem and with its latest funding announcement, we think it is well-positioned for massive growth and adoption

Bringing on Guy Zyskind, he spoke about how Secret Network works and some of the use cases like voting and secret NFTs. He also spoke about the plan the network has for regulation compliance and why they chose to build on Cosmos. Guy says there is no network in the top hundred that does what Secret Network does. The only network that comes close is still in the development stage and he feels like the Secret Network won’t have any major competition in 2022. He also talked about the upcoming milestones in the network like improving the privacy capabilities by supporting new kinds of hardware and building a lot of interesting products.

For those of you degens that are in on the Fantom airdrop, you shouldn’t sell off until you know exactly how these ecosystems are planning to distribute the airdrop tokens or you just might miss out.

If you believe that privacy transactions are going to be huge, you have the opportunity to buy $SCRT at a valuation of US$1.3 billion and you really should because it is bound to explode anytime now.