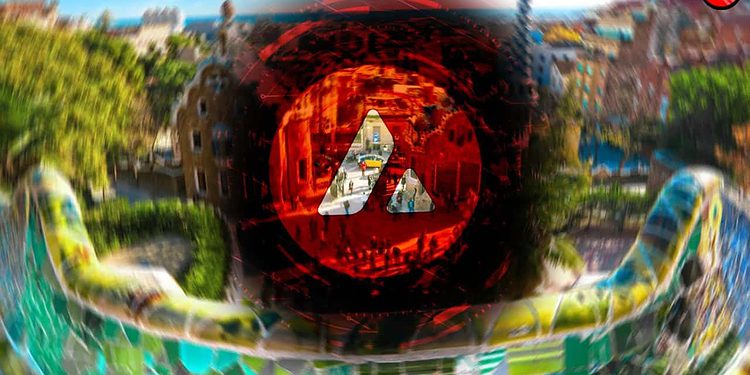 Are we about to see another example of “buy the rumor, sell the news” on this top Layer-1 protocol?

Tomorrow marks the beginning of the Avalanche summit in Barcelona, running from March 22 - 27, and it’s generating some serious buzz.

Tomorrow marks the beginning of the Avalanche summit in Barcelona, running from March 22 – 27, and it’s generating some serious buzz.

The price of AVAX has been rallying since mid March, and the charts indicate it wants to run further still.

But history would suggest that this pre-summit pump could be a cause for concern – a potential “sell the news” event waiting to happen.

Does that mean AVAX could be about to suffer a major dump?

History doesn’t always repeat, but it tends to rhyme.

In October, as the Fantom conference got underway in Dubai, this happened:

About halfway through the 5 day event, FTM achieved an all-time high (ATH), before sell pressure and macro market conditions drove the prices lower, and lower, and then eventually, even lower!

Something similar happened in Lisbon in November. The global blockchain industry descended on the Portuguese capital for the Solana conference, with excitement and anticipation reaching new heights, to the extent that by the time the event officially started, the SOL price was around $257, which also marked an all-time high.

On both counts, it’s been downhill ever since.

A simple case of “buy the rumor, sell the news” or is something else going on?

And is the Avalanche summit going to follow a similar pattern?

Well, here’s the good news (kind of): AVAX is currently sitting at -37.5% off the all-time high of $144.96 achieved on November 21, 2021, and many believe Avalanche’s rapidly evolving ecosystem make it one of (if not the) most exciting Layer-1s in the space.

Surely, the summit should inspire some further positive price action.

One of the key talking points this week will be the Avalanche Multiverse, an (up to) $290m incentives program focused on accelerating the adoption and growth of subnets.

Avalanche Multiverse has a wide array of collaborators including:

The subnets – also called “appchains” – will enable Avalanche to scale out to app-specific blockchains. The initial focus for these subnets will be GameFi, NFTs and institutional-focused use cases.

For a great explanation of what subnets are, how they work, and why they’re such a breakthrough, check out Miles Deutscher’s brilliant video from last week!

DeFi Kingdoms will be getting its own application-specific subnet, and at the same time, introducing $CRYSTAL, an Avalanche-native token that will complement the existing $JEWEL token.

Moreover, Avalanche ecosystem core developer, Ava Labs, will be working with some of these collaborators (and others) to create the first horizontally integrated blockchain, which will be engineered for the sole purpose of institutional decentralized finance (DeFi). The chain will have its own built-in know-your-customer (KYC) functionality.

Subnets will be largely customisable, with developers having options to choose which validators they want to secure the subnet with, which token is utilized for gas fees, as well as forming their own economic models for that specific chain, all while remaining within the Avalanche ecosystem.

The big question might be: Who else is going to surprise the ecosystem, and investors, with unique and original use cases of subnets?

The tech is there, now it’s all about the brain power in the room.

The speakers at the summit make up a diverse list of company representatives from the worlds of web3, web2, and traditional finance, including companies like Yahoo Finance and Warner Music Group.

The question, then, is whether the recent rally will be followed by a “summit” dump, the likes of which we saw with some of the rival alternative Layer-1s late last year.

It all comes down to what announcements are made this week, and until we find out, the rest is just speculation.

Either way, sideways movement seems off the table: major breakthrough announcements will likely see AVAX surge. On the flipside, if the summit fails to live up to the hype, some downside price action seems pretty likely.

We’ll be following it closely (and keeping you up to date!).