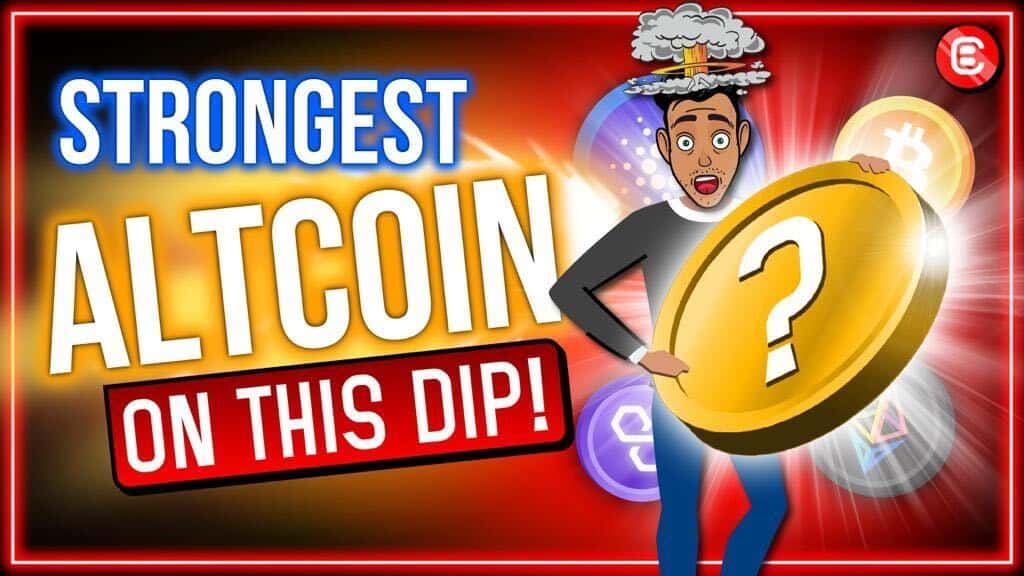 As the market crumbles, one altcoin is showing insane strength!

Have you been seeing a lot of “[redacted]” in LUNA tweets recently? Something gargantuan is brewing in the Terra ecosystem. And the first piece of the puzzle has been announced.

Have you been seeing a lot of “[redacted]” in LUNA tweets recently? Something gargantuan is brewing in the Terra ecosystem. And the first piece of the puzzle has been announced.

As Bitcoin (BTC) broke the $40k mark to the downside, most of the market followed suit, except for one of our Banter favorites, Luna…

LUNA is the native staking token of the Terra network and is the foundational asset for the entire ecosystem.

Cryptocurrencies are incredibly volatile. Their price against their native currencies fluctuates a lot. This is why we need stablecoins, a new class of cryptocurrencies that attempt to offer price stability. A stablecoin is pegged to another asset class, such as fiat currency or gold, to stabilize its price.

Of the many stablecoins available today, USDT (Tether) and USDC (USD Coin) are the largest by market cap. Most of these coins are centralized, which means that they are controlled by a main system or authority.

The Terra ecosystem is home to more than 15 stablecoins for 15 different native currencies, including TerraUSD (UST) and TerraKRW (KRT). Terra also has unique mint-and-burn mechanics that have proven it can hold its $1 peg even in the worst of market conditions and today is no different!

If the currency price deviates from its peg, the system normalizes by decreasing or increasing the money supply. If there is a demand for TerraUSD (UST), an equal amount of LUNA is burnt to mint the newly needed Terra and vice versa. This mechanism is known as seigniorage and it is made possible because of arbitrageurs.

Imagine you’re a company in the US that hired some designers in Korea and want to pay them directly, rather than through a bank. All you have to do is swap some UST (TerraUSD) to KRT (TerraKRW) and you can instantly send them the money, for very low fees. Instantly. And with no middle man, no bank limits, no hidden costs. Go crazy!

Many Korean retailers have integrated a payment system called CHAI to accept payment in KRT (TerraKRW). The top 14 banks in Korea,the top convenience store, the top gaming publisher, and the biggest bookstore in Korea have all started accepting the Korean Won (KRW) through the Terra blockchain.

The puzzle begins to unfold

For the last couple of months, there have been teasers and [redacted] tweets from Do Kwon and his army of LUNAtics.

The first piece of the puzzle was finally revealed – the formation of the Luna Foundation Guard – LFG.org.

Terraform Labs will be gifting 50 million LUNA tokens (approximately $4 billion) to the LFG to focus on the stability and adoption of UST (TerraUSD).

Decentralization is the name of the game and the primary goal behind the formation of LFG is to make sure decentralization wins, something we all can benefit from.

(Also, LFG, Do? You can’t expect us to not make the correlation. LFG!)

Keep in mind this is only the first element in an unfolding picture. There are two pieces remaining and, knowing Do, both will be huge.

The Internet is ripe with theories as to what these remaining announcements could be. These range from a partnership with Mastercard, to Do Kwon buying a $1 billion dollars of BTC to protect the UST peg, and many more. All wild speculation at this point.

As the price of LUNA holds strong amid all the market volatility, the LUNAtics are not worried. They’re waiting with bated breath for the last two pieces of the puzzle.

LUNA is a fundamentally strong altcoin with an amazing founder and team behind it. It works towards decentralization, which is critical, and its unique burn mechanism brings a lot of merit to the project.

LUNA checks all the boxes, and has shown its strength during this current market while others have been bleeding. With the upcoming announcements, expect this trend to continue. If you’re looking to move out of altcoins that no longer deserve a portfolio position, you should consider LUNA!

There is a good reason as to why our main man Ran called this the “Retirement coin”. #justsaying.