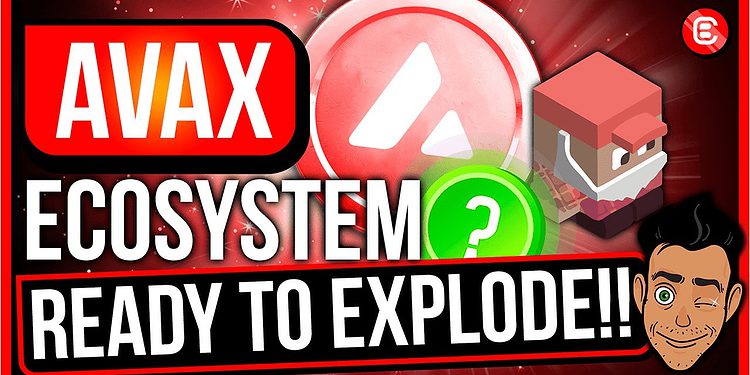 Avalanche is gaining momentum, and it could be impossible to stop

Avalanche was one of the top performing Layer-1’s in the final quarter of 2021. After retracing over 60 percent from the highs ($165), it’s now sitting just a few dollars shy of 100 - it could be a screaming buy.

Avalanche was one of the top performing Layer-1’s in the final quarter of 2021. After retracing over 60 percent from the highs ($165), it’s now sitting just a few dollars shy of 100 – it could be a screaming buy.

Avalanche has outperformed recent market bounce, with data pointing towards a potential usability overspill which is putting the chain back in the spotlight.

At Crypto Banter, we follow a thesis: finding narratives before they take off, and spotting which  network is showing healthy activity across the metrics that matter. Avalanche seems to be ticking all the boxes: it’s that’s the first tell-sign that a network is poised for some serious price action ahead.

So why is AVAX about to pop!?

Activity is growing at an unprecedented rate

Just check out that parabolic increase! Avalanche daily transactions have risen in the past 6 months from 13,495 to 1,004,574. That’s a 7,300% increase compared to Ethereum, whose transactions decreased by 2% in the same period.

The DeFi Edge produced a fantastic thread, detailing how every possible data indicator shows Avalanche’s huge growth. For example, total unique wallets have reached 2 million, while transactions remain stable at 1 million. Yet, the price is lagging. Clearly, that’s due to the wider market, and the fact that Bitcoin remains in a consolidation zone. Once we see a clear breakout, AVAX and the ecosystem could run hard. And fast!

The Avalanche ecosystem is seeing a serious inflow of users. That’s because it encompasses an entire suite of crypto products that keep the degen (and his/her liquidity) within the ecosystem. At the heart of it all is DeFi, which continues to blossom thanks to a range of GameFi and new, innovative new protocols.

Avalanche’s cheaper and faster transactions have specific advantages for gaming, as game reiterations are easier to integrate. For example, the most used decentralized applications (DApps) on the Avalanche network is Crabada, its very own answer to Axie Infinity, which has processed over 3.1 million transactions in the past 7 days!

In his thread, The DeFi Edge highlighted that Avalanche would add DeFi Kingdoms to the network in Q1. Developed on Harmony ONE, DeFi Kingdom has been absolutely crushing it, dominating trading volume statistics and accounting for the majority of Total Value Locked (TVL) in the Harmony network. Players, or ‘AVAX knights’, will soon be able to stake JEWEL and CRYSTAL tokens to earn passive income on the network instead of Harmony.

With all the hype surrounding Avalanche, Trader Joe is remodeling its tokenomics model. The DeFi Edge highlighted that most native Decentralized Exchange (DEX) tokens are doomed to fail. However, a JOE token split could pay dividends for the network.

Why? Because Trader Joe doesn’t want to include all its platform functions under one token. Instead, users want to stake JOE and obtain yields in sJoe. The goal is to create a new token tied to JOE with lower chances of getting dumped.

Moreover, rJOE will offer access to the platform’s launchpad. The JOE tokens staked will yield rJOE, which are then turned into the Initial DEX offering (IDO) participation credits. Finally, veJoe is the farm token which grants users’ voting rights or increases their farm boosts.

Farm boosting is becoming prevalent on Avalanche. Platypus Finance, the single-sided automated market maker (AMM) for stablecoins, rewards deposits in PTP (the native platform tokens). In addition, PTP tokens can be staked for vsPTP, which adds a yield farming boost. See the similarities? The more you stake and hold the native PTP token, the higher the stablecoin yields become.

Platypus Finance volumes have spiked because Echidna Finance will airdrop native tokens today to users who interacted with or held PTP tokens.

The DeFi Edge shares two more DeFi farming strategies on Platypus Finance and Defrost Finance. However, most of the projects highlighted and covered are yet to be battle-tested! So tread carefully.

Someone’s building for the future

To account for a possible spike in network demand, scalability and transaction fees are on the mind of every Layer-1 developer. No protocol wants to be the Ethereum killer which killed itself due to the lack of vision.

Avalanche is dabbling with the idea of subnets. Subnets are data agonistic blockchains with their own set of validators running adjacent to the main chain. Thus, games or DApps can run on the Avalanche network without influencing the state of the general network.

Thus, subnets are the Layer-2 equivalent to Ethereum. Creating independent subnets linked to the chain frees up traffic for every user and helps address the transaction-fee debate.

Overall, Avalanche’s roadmap is showing tremendous vision, foresight, and execution. Once the market makes a move, don’t be surprised to see this one quick out the gates (and impossible to catch!).

The market seems quiet and indecisive, but whenever a protocol generates enough buzz, even when overall activity is low, that’s an indicator that it could be about to explode – especially when the market makes a move to the upside.

The DeFi Edge made some key points and highlighted why Avalanche is set up to do just that. The Banter Fam can use the resources provided in the thread and get accustomed to a range of Avalanche plays. The DeFi Edge provides weekly alpha in his newsletter, which we highly recommend, and which everyone can sign up to on his website.