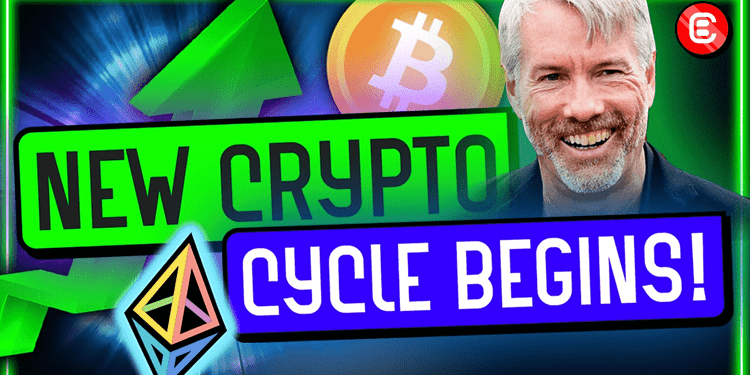 Bitcoin reversal continues, and one major announcement changes the game for good

BTC has broken through a long term resistance, and once again, the Fear and Greed Index is back in the green… almost.

BTC has broken through a long term resistance, and once again, the Fear and Greed Index is back in the green… almost. Although we expect a pullback due to the technical indicators pointing towards an overbought RSI, we believe we have entered a new crypto market cycle.

The market has been awaiting a catalyst for some time. And we have finally found it thanks to an exciting announcement that may be the beginning of a significant shift in the risk profile of crypto as an asset class, with the potential to trigger the next leg of a bull market.

As per our article here, we believe that if you were brave enough to accumulate midst the bearish environment over the past 3 months, you have hit the nail on the head and timed your entry to perfection as a new cycle kicks off.

The next bull cycle

The higher high is in. And we believe it marks the beginning of a confirmed crypto market reversal.

In yesterday’s Chart of The Day, Sheldon wrote a great article explaining what we can expect from the market, in the short term.

With the higher high now achieved, bears appear to be heading into hibernation for the winter, and the bulls once again taking charge.

Ben Cowen has been predicting a lengthened cycle for over a year, and he may well be proved right.

The most important institutional adoption story we’ve ever had?

When Tesla announced a $2 billion BTC purchase in 2021, it kick-started a major crypto bull rally.

Yesterday, we saw something similar, and even more significant. KPMG Canada, with the announcement that it is adding Bitcoin and Ethereum to their company balance sheet, may have changed the asset class’s risk profile forever.

KPMG is not an electric vehicle manufacturer, insurance firm or in the case of MicroStrategy, a data analytics software provider. It is the world’s largest auditing firm, potentially the biggest of ‘The Big 4’, an accounting giant that manufactures the ultimate risk managers; audits banks and governments in addition to some of the most powerful, and wealthiest companies in the world. Adding BTC to its balance sheet just cannot be underestimated and should only be ignored at your peril.

The most risk-averse, accounting conglomerate in the world has just taken to the top of the hill to announce, confidently and proudly, that their balance sheet now officially holds crypto. This is a statement that will send a very clear message to the biggest corporations in the world, with a ripple effect far beyond what can be imagined!

Or as the Wells Fargo Global Investment Strategy team put it:

While institutions enter the new world of finance, the powers presiding over Web 2.0 seem to be doing everything they can to convince us to move on from their archaic philosophies and infrastructure and onto the next era of the internet – Web 3.0!

The case for blockchain technology is stronger than ever

Web 2.0 allowed us to scale quickly and bring on new applications which can take on millions of users without requiring a huge investment in computer hardware.

Its shortcomings came with the absolute disregard for privacy, and in more recent years, with more controversial censorship, and a subsequently divided world.

The events of the past week haven’t just boosted Bitcoin’s credibility, it’s also boosted the case for decentralized technology in our everyday lives, far beyond finance.

Spotify removed 113 episodes and is seeing musicians leaving (or threatening to leave) unless it deplatforms Joe Rogan. How long will Rogan remain on a platform willing to do this?

Meanwhile, GoFundMe is in the midst of a PR disaster, after it effectively stole funds (by canceling the distribution) destined for Canada’s Freedom truckers.

Opinion on Twitter remains fiercely divided. Meanwhile, Twitter itself is in the spotlight, after yesterday’s announcement that former Twitter CEO Jack Dorsey has been added to the board of the Bluesky social media project, a project that aims to scale decentralized social media and rival the existing over-censored platforms.

Remember, this is Jack Dorsey. He created a unicorn with Twitter (which he left over disputes around censorship), as well as Blok, previously Square Cash, and we believe he’ll undoubtedly be able to do the same again.

Ironically, these Web 2.0 platforms are digging their own grave.

The censorship of free speech is accelerating a decentralized adoption of Web 3.0. It has become increasingly clear that any centralized social media platform will always attempt to control, censor and regulate our lives. And people are waking up to this fact, quickly.

Could you really trust your privacy in a metaverse governed by Facebook, a company that was at the heart of the Cambridge Analytica scandal? Didn’t think so.

A new cycle, and a different cycle

As we’ve written about in another article, this could be the best time to invest in crypto. You’re not too late, nor too early. It’s the beginning of a new cycle that could play out differently than others that have come before it.

At the core of our thesis is the fact that both the technicals and the fundamentals are aligning.

Bitcoin is showing an impressive reversal in spite of macro uncertainty surrounding a hawkish Federal Reserve (Fed). And the world’s leading auditors are buying Bitcoin and Ethereum (risk-assessors!), sending out a very clear message which we believe other major institutions will pay close attention to.

It could just be the catalyst we’ve been waiting for to trigger a new market cycle.

With KPMG giving Bitcoin and Ethereum the official thumbs-up to shift crypto a couple of notches to the left on the risk curve, don’t be surprised to see investors jumping on the risk-on bandwagon.
As discussed in our previous article (before the KPMG announcement!), this may not trigger the same kind of widespread, mainstream hype that Tesla’s purchase did just over a year ago, but it doesn’t need to. It proves what the space has been saying for so long: that crypto and Web 3.0 are inevitable. And that’s because the need for decentralized money, and a decentralized internet, is growing clearer by the day. KPMG could well be the next WAGMI.