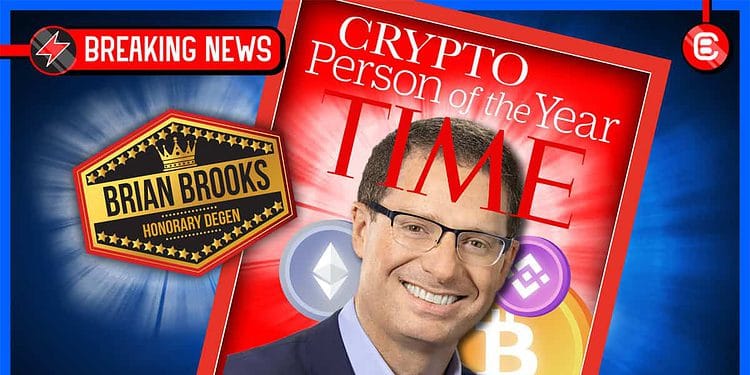 Brian Brooks: Person of the Year 2021

Brian Brooks is the hero we need but don’t deserve.

While previous hearings have seen crypto under attack from US lawmakers, this turned out to be something altogether different: a sincere attempt to understand how regulatory oversight can protect investors without stifling innovation.

This is all great news, but by no means the only good thing to come out of Capitol Hill yesterday. And that’s because we witnessed the birth of a fully-fledged crypto star:

Who is Brian Brooks?

Brian Brooks is many things: a lawyer, banker, entrepreneur, technologist, and government official.

Why was he so effective at the House Committee hearing?

Brooks’ performance proved he’s the very thing we need, at the time we need it most. Someone who knows the system from every possible angle. Someone whose credentials make him the ultimate conduit between crypto and the US legal system.

Thanks to his extensive experience, Brooks implicitly understands the objectives of all major players – technologists, innovators, senators, bankers. As he so skilfully demonstrated yesterday, he’s able to address the specific concerns of whomever he’s responding to. He’s fluent in all the key languages: Law. Finance. Crypto. Regulation.

For anyone who didn’t see the hearing, here are some of his best moments:

How inclusion and (better) regulation would create a safer system for all:

How blockchain brought down the Colonial Pipeline hackers:

Explains Web 3 and Bitcoin mining so an 8-year-old can understand it:

Last but not least, how the US risks falling (even further) behind the curve:

To move forward in the US, crypto needs people who can bridge the divides between the industry, government, and regulatory authorities.

Brian is that person.

He’s a worthy winner of Crypto Banter’s 2021 Person of The Year.

We’re lucky to have him.

It’s the start of a new era for crypto.