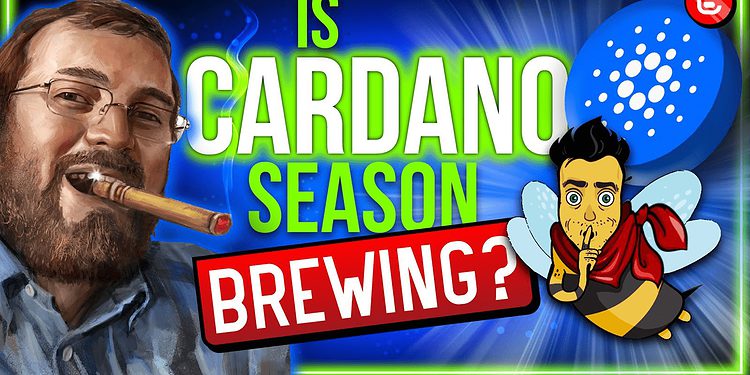 Is the next major crypto capital rotation heading for Cardano?

There's nothing more rewarding than saying: “I called that!” Cardano's a degen favorite that's taking things nice and easy. This doesn't mean that old Slow and Steady won’t explode though. After all, an ADA season is bound to happen, and things might just be falling into place in 2022.

There’s nothing more rewarding than saying: “I called that!” Cardano’s a degen favorite that’s taking things nice and easy. This doesn’t mean that old Slow and Steady won’t explode though. After all, an ADA season is bound to happen, and things might just be falling into place in 2022.

Cardano’s slow-but-steady-wins-the-race development might not be ideal for the crypto market. Users want flash developments with a high risk rewards ratio. Cardano is on it’s way to becoming just that, minus the risk factor.

Everything is happening behind the scenes for now. The developers aren’t spilling all their beans just yet. But we’ve seen the other side, and the Cardano grass might just be greener.

For starters, the community is there. They are, in fact, everywhere. (You didn’t expect that reversal, did you, Vitalik?)

Now let’s see what’s happening under the hood of Cardano!

Cardano is creating a crypto-monster!

The Crypto Banter seasonal hype thesis includes, among other things, developers’ activity. And Cardano’s developer activity is skyrocketing! Launching smart contracts on Cardano was the best thing that could have happened to the network. Yay NFTs! For now…

Ran called a Cardano season on 1 January, and we wouldn’t bet against it. Why? We don’t feel like eating a smelly fish on a Friday; maybe it would work on a Monday? In all seriousness, Cardano has had the highest development activity out of all blockchain ecosystems.

Cardano hasn’t backed off one bit! They “went there” by adding 72 new smart contracts between 13 December 2021 and 13 January 2022. And Charles Hoskinson is proud; and who can blame him!

Smart contracts on Cardano have reignited the Carano flame converting the blockchain into a possible… we won’t say Ethereum Killer anymore because that phrase is just too tacky to use in 2022. But Cardano might hold the winning hand in case of another layer-1 showdown. They’re actively waiting for the 200th project to jump on board. Then we’ll get to see yet another flattering tweet from Charles. Go CHARLES!

The narrative is brewing!

Cardano is about to break the blockchain silence because bees need a new crypto nest. During the Crypto Banter show, Sheldino’s chart shows Cardano is in the accumulation and could be in for a new rampant rally as Cardano is in the buying range at US$1.28. But it needs a catalyst.

There has been a 51.53% spike in daily active addresses on the network without the SundaeSwap DEX even going live, due to users flocking to a first possible DEX on Cardano.

MuesliSwap has emerged silently as the first DEX on Cardano. It’s not the main catalyst, but it’s the first stepping stone towards generating hype about Cardano because it’s a proof-of-concept for Cardano’s UTxO model!

More DEXs actually are being developed, but what’s exciting is that Cardano is a development puzzle, and SundaeSwap is putting in the finishing pieces. SundaeSwap is already working with 500,000 transactions. Its new development thread shows it will be a while before they light the DeFi match on Cardano. Even with SundaeSwap’s ambition, we might only see the DEX launch on Cardano in just three months.

Their community is vibrant, and the network just needs that little bit of extra DeFi kick to see all the bees swarm to Cardano. Devs work now and talk later, but mostly talk to address the FUD, and data helps to back it up! Just look at the number of Cardano validators. It’s overtaken every single smart contract platform thus far.

Cardano quite clearly has something under their hood, and the fact that it hasn’t received the attention it deserves, tickles our taste buds. Cardano even emphasizes exploits –  which are one of the main industry pain points – and that’s what’s slowing down the progress. But personally, we prefer a safe bet to a hot, broken, and compromised blockchain. Right smart contracts?

Crypto is cyclical. What’s prevailing on Twitter also resonates in the market. The bee swarm’s attention is now on the Fantom ecosystem, but they could simply be moving to Cardano. So why not get a headstart?

Cardano has the funding. It is already a renowned blockchain protocol whose time to shine is bound to happen. But the DEVs….just look at the DEVs. Activity developer activity is increasing, and that’s the third part of our booming token thesis. Look for the next play, which is Cardano, and stack up on tokens before the train leaves the station. The stars are aligned, and the ADA cycle is set in motion. It could be months until it happens, but Cardano 2022 will be happening!