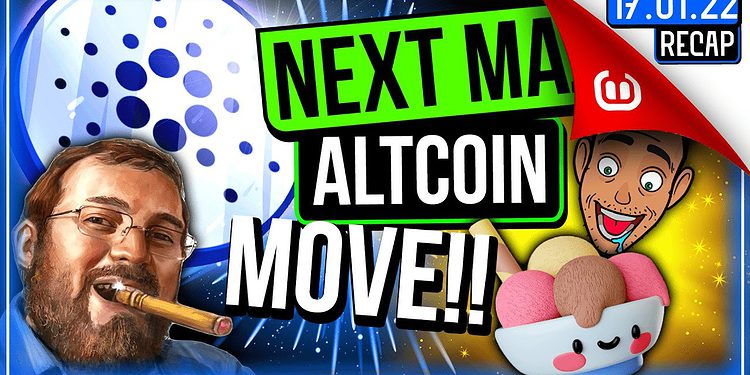 The next best altcoin investment in crypto right now!

Continue reading to learn a shocking secret that the general public is unaware of.

Most people wish they had made an early investment in 100x ecosystems, which has changed many lives, but another opportunity may present itself. Continue reading to learn a shocking secret that the general public is unaware of.

The next best altcoin investment is happening right now, right in front of our eyes. Is it possible for you to enter the 100X ecosystem early enough to make life-changing money? Ran outlined the strategy required to execute flawlessly while weighing all Pros and Cons, as well as much more!

Where do we stand at the moment?

The Bitcoin price has been ranging and moving sideways for a long time, but do not get discouraged because it doesn’t reflect the reality of what’s going on in the market.

Bitcoin dominance is now at 39.81 percent after retesting a downward resistance that turned support after it broke through and accelerated. If dominance falls back below the support, the break-out was a ruse, and altcoins will thrive.

However, if Bitcoin dominance spikes and bounces off the support, it indicates that Bitcoin has significant strength, which isn’t always a bad thing because a Bitcoin rally will provide the market the confidence it needs before profits continue to flow into altcoins.

A Bitcoin rally would also prompt a short squeeze because shorts were unaffected by the market crash. This explains why the market still has a lot of leverage, and Bitcoin’s estimated leverage is still at all-time highs, according to CryptoQuant.

If the market rallies, shorts who bet on Bitcoin falling will be forced to close their bets, resulting in a short squeeze. As we’ve seen before, with rocketing price candles, this could result in a cascade of short liquidations.

In the next few days or weeks, the liquidation of a cluster of shorts could be crucial for Bitcoin to break to the upside and drive a strong climb.

What are the big guys doing?

On-chain analytics show that the number of new Bitcoin entities, active entities, entity net growth, and active addresses are all increasing at a phenomenal rate, indicating that Whales are confident in the market.

As Whales transfer more of the collected Bitcoins off exchanges, the illiquid quantity of Bitcoin is increasing while the supply of exchanges is decreasing.

Since May 2021, miners have been acquiring Bitcoin at an unprecedented rate. This is also a sign that the market is strong since, in the past, miners would sell on the way up, but since the May crash, they have been increasing their holdings.

January has indeed been Fantom month with the network native token FTM testing new all-time highs with incredible volume in January. The last time it had this volume was around September, when it sparked a 350 percent rise in less than two months.

Technically, the chart is building a cup and handle price pattern, which it may break through and open up price discovery mode.

The network staking mechanism has effectively removed a large portion of the circulating supply, with FTM exchange balances continuing to plunge, reaching a three-year low of 10.3 percent this week.

There is also a significant price momentum in anticipation of Andrej Cronje’s forthcoming project, which will airdrop tokens to the top 20 Fantom projects ranked by TVL on Friday, 21st of January.

Terra LUNA has also increased by around 6% in the last seven days, with the TVL now exceeding $18 billion, making it the second largest DeFi ecosystem behind Ethereum.

Another one that has recently gained popularity is Oasis Network (ROSE), which is currently trading near all-time highs. The Layer-1 blockchain is undergoing price discovery, and one of the reasons for its recent surge is a DEX named YuzuSwap.

The advent of DEXs on a blockchain onboards network projects by making them tradeable, which drives up key performance metrics such as TVL.

The developers metrics is an indicator that does not lag and is actually a crucial thing to watch because the developers, the more VCs are attracted who invest to build even more dApps that bring users that make transactions and a lot of money locked (TVL).

Ran called Luna in December, and Fantom in January, long before they happened. Could Ran be right again about February being Cardano month?

The most anticipated Cardano DEX has established the groundwork for a Cardano February. In the current market, networks are partially worthless without DeFi (the most popular blockchain byproduct). SundaeSwap made the big announcement after a succession of test-net congestions and improvements.

Cardano will finally receive its official DEX on January 20, 2022. If the crypto meets its hopes and the launch goes well, it might trigger a capital rotation of Jurassic proportions, locking enormous value into the ecosystem.

You should build a thesis that acknowledges Cardano will succeed and be embraced, but you can never be completely certain, so be cautious. Small ecosystem bets should be made, especially on DEXs that are up and operating, because they nearly never lose and likely to win substantially.

Cardstarter (CARDS) and other launchpads are also good investments because they haven’t had much of a run yet owing to the lack of projects launching on Cardano, and with more projects on the way, launchpad will be one of the greatest winners.

Charli3, an oracle’s solution on the Cardano network with IOHK as an investor, is another one to consider.

The Cardano blockchain-based Paribus (PBX) is another safe bet. For NFTs, liquidity positions, and synthetic assets, the protocol is a cross-chain borrowing and lending protocol.

The value of stablecoins on blockchain networks cannot be overstated, and COTI will issue Djed, a Cardano network stablecoin. COTI’s impact on the Cardano ecosystem makes it one of the safest coins to invest in.

Djed is an algorithmic-stablecoin based on the Cardano network that acts as an independent bank by buying and selling in a price range that is set to a target price.

Djed’s algorithm, in essence, maintains a reserve of currencies and mints and burns tokens in accordance with the forces of demand and supply to maintain price stability.

To profit on the upcoming Cardano season narrative: