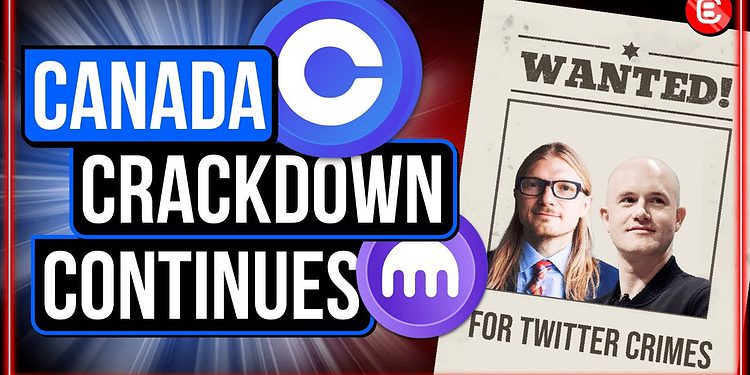 Coinbase and Kraken CEOs reported to the Canadian police!

Forget Michael Saylor or Nayib Bukele, Canada is doing a fantastic job as ‘the acting CEO of Bitcoin’ right now.

Forget Michael Saylor or Nayib Bukele, Canada is doing a fantastic job as ‘the acting CEO of Bitcoin’ right now.

In light of Canada’s Emergencies Act, both Powell and Armstrong posted tweets encouraging their respective customers to use self custody wallets. For anyone not up to speed, check out our recent article on why Centralized Exchanges (CEXs) have been speaking out.

The report was filed on the basis that the exchanges had violated the recent emergency measures put in place by the Canadian government, in a desperate bid to subdue the Freedom Trucker protests rocking the country.

The Emergencies Act measures were announced last week by Deputy Prime Minister, Chrystia Freeland, and instructed all regulated financial bodies to stop any trading, transactional activity and freeze the assets of any individual, group, or institution supporting the protests.

As we reported here, it was the ultimate advert for crypto, Bitcoin, and decentralized technology.

Kraken and Coinbase have both publicly agreed to abide by all laws in Canada, but at the same time, they’ve reiterated their respective belief that money should belong to the holder and be non-censorable, advocating measures that can protect against unjust asset seizure.

Will Powell and Armstrong find themselves roomies in an Ontario jail cell? Zero chance, but we’ll be keeping you posted on the Canada situation as it continues to unfold!

Canada is doubling down, and it’s a terrible look for the leadership. Justin Trudeau has shown his true colors, and this crackdown (not just on free speech, but the most basic citizens’ rights) will be a tough genie to put back into the bottle: the case for decentralized technology is growing stronger by the day, and Canada is simply making it undeniable.