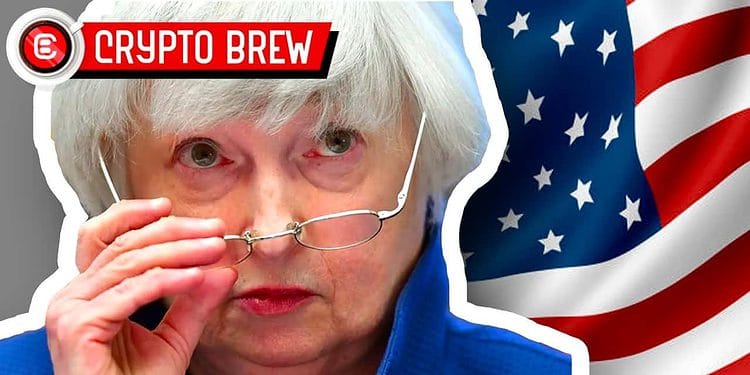 Janet Yellen has reportedly leaked her statement on the upcoming crypto executive order that Biden is set to release.

Meanwhile, Biden cuts Russian oil out of the US economy, and some commodities charts begin to look like altcoins.

Janet Yellen has reportedly leaked her statement on the upcoming crypto executive order that Biden is set to release. According to reports, the order is set to be signed tomorrow and will support “responsible innovation that could result in substantial benefits for the nation.”

US President Biden sets to ban Russian oil and natural gas imports in further retaliation for the invasion of Ukraine as the geopolitical chess game intensifies.

The move will likely raise gas prices at the pump and further plummet the ruble, causing further crippling to the Russian economy. Where are regular Russian citizens to go with their money to avoid the pain?

The macro uncertainties are making some commodity charts look like altcoins.

Despite global macro uncertainty, bitcoin (BTC) continues to hover near the 37k support, and had a late run up to 41.4k, which may be a front run on the release of Biden’s executive order.

Ethereum (ETH) total market total value locked (TVL) has fallen to the lowest level in its history to 55.26%. Recent TVL strength showcased by Terra, Cosmos and Avalanche ecosystems are beginning to dig into Ethereum TVL dominance. The upcoming Ethereum Merge will be an important moment in the coming weeks as ETH will likely see +10% annual percentage yield (APY) for staking rewards.

Bain Capital Ventures launches a $560M crypto-based fund to invest in crypto startups, a first for the TradeFi firm.

NFT project World of Women and The Sandbox (SAND) partner with a $25M fund to lead.

Coinbase caves to government pressure and blocks the accounts of 25k Russian accounts to support sanctions. The move is widely criticized in the crypto community and raises the ever-increasing need for self-custodied wallets.

The geopolitical chess match continues as politicians enact Russian sanctions, but a bunkered digital asset class holds resilient in price. Commodity prices begin to soar, and the ruble starts to collapse to the dismay of Russian citizens. While some play for speculation, crypto can be a lifeline for others, like Ukrainian and Russian citizens.

And will Biden give digital assets the green light in the US today?