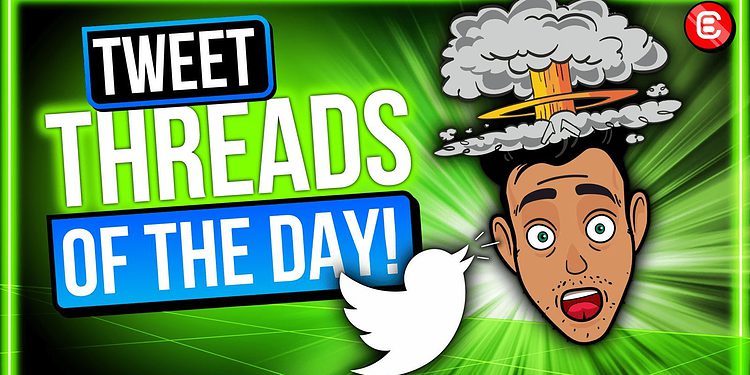 Twitter can be exhausting. But don’t sweat it. We’ve put together another brilliant list for you, so you can actually do some work!

Twitter can be exhausting. But don’t sweat it. We’ve put together another brilliant list for you, so you can actually do some work!

Because why not? Where is a quarter of Bitcoin’s total supply?

Benjamin Cowen has been banging on about a lengthening cycle since before you were born.

Deep DAIve thread of the day

Delphi Digital knows its stuff! Here’s their take on (dodgy?) stablecoins and BoredApes!

Guy is strictly not a financial advisor, but neither are we. Jokes apart, this tweet is a pretty serious one. National debt and interest rates, who wouldn’t budge? But as you are reading Crypto Banter (regularly), you very well know how to hedge it too!

Unreal alpha of the day

This one speaks for itself. The alpha is off the charts!

Yet another high risk, high yield strategy on Terra from the one and only, Route2Fi.

And the flat out, undisputed tweet of the day goes to…

Daniele may be a genius, but his grasp of irony is non-existent!

Alright, that’s a wrap – we’ll be back with more tomorrow!