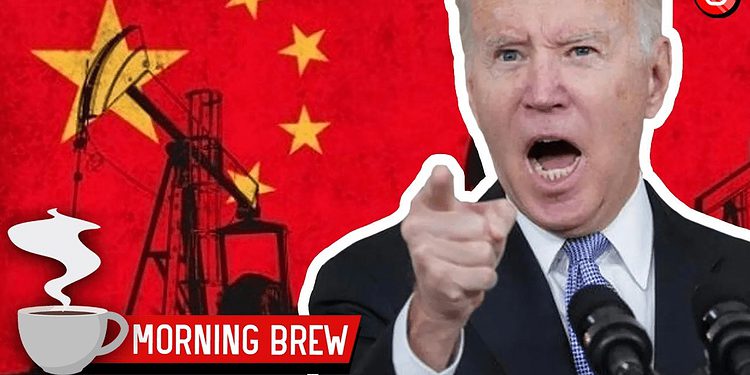 Decision time: today could be make-or-break for your crypto portfolios

The petrodollars' days are numbered, and the “petroyuan '' could be about to take its place.

The petrodollars’ days are numbered, and the “petroyuan ” could be about to take its place. Meanwhile, a newly created on-chain metric suggests bitcoin is in a period of major accumulation by long-term HODLers. Plus, the fight for bitcoin as legal tender may be getting a new champion, and a social media giant is incorporating NFTs. Also, with rising costs around the globe, guess who’s getting a raise?

All that, and more:

The possible move away from the petrodollar could pose significant threats to the dollar as the world reserve currency, and adversely affect markets. The “petroyuan” could be about to make its presence felt on the world stage, which would mark a seismic shift in the geopolitical landscape.

This is after Jerome Powell stated there could be more than one reserve world currency in a senate hearing last week.

Bitcoin (BTC) activity has dwindled in anticipation of the results of the Federal Reserve’s Fed Fund Meeting tomorrow. Bitcoin closed the US trading session down 0.99% to 39.2k. Don’t expect much action in bitcoin until the release of the rate hike and following the announcement tomorrow.

The economic climate is bleak, inflation is on a 40-year high, and US government officials just got a 21% raise. Does that mean true inflation is 21%..?

The dollars’ role as the world reserve currency could be under threat, and global allegiances are shifting.

Everything suggests the world could be slowly reassembling itself before our very eyes.

In the short term, however, don’t forget to keep an eye on the Federal Open Market Committee (FOMC) meeting tomorrow: Today might just be the calm before the storm.