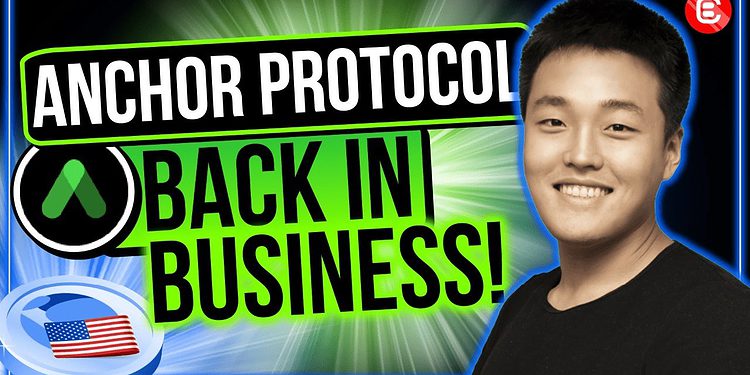 Do Kwon steps in: $500 million capitalized into the Anchor reserve

Anchor Protocol is back in cruise mode after Do Kwon injects $450 million from the Terra treasury.

Anchor Protocol is back in cruise mode after Do Kwon injects $450 million from the Terra treasury.

Anchor (and its 20% yield on UST) is the biggest attraction in the Terra ecosystem. However, it has been the subject of some recent Fear, Uncertainty and Doubt (FUD) as the yield reserve dwindled amidst wider market instability, LUNAtics around the world held their collective breath at the possibility of losing that coveted 20% yield.

Fortunately, CEO and founder, Do Kwon, has stepped in, and Anchor will live to see another yield-bearing day. Better yet, he served up a little surprise in the process.

It might be the main draw, but is Anchor Protocol weighing Terra down?

On January 25th, Do Kwon released a Twitter poll. Tired of the countless direct messages (DMs) he was receiving from concerned LUNAtics, he put it to them to vote for the recapitalization amount:

The votes for $300 million won by a landslide.

Then, on February 8th, the Luna Foundation Guard (LFG) decided to up the ante, offering to recapitalize the yield reserve with $450 million ($150m above community expectations!).

Terra promised, and it delivered. LUNAtics breathed a sigh of relief, as a vital piece of the Terra machine was put back in cruise control. Their precious 20% yield was once more (for now!).

On the other hand, when the amount of money generated by Anchor is less than it needs to pay out, the remaining balance is funded from the Yield Reserve.

Dust off the calculator, and let’s do some math

We calculated the sustainability of the protocol (as it stands today and under currency market conditions). Why? So you don’t have to.

With $6.5 billion deposited, they need to pay out $3.5 million per day in yields.

Their daily inflows, from yields earned on UST borrowed, Bonded Luna and Bonded Ethereum come in at $1.3 million, leaving a shortfall of $2.1 million per day.

This shortfall needs to be drawn out of the Anchor reserve, and if all things remain equal, this will leave another 239 days before history repeats itself and another rescue is needed.

Relax. This is very unlikely to happen with the increasing number of projects coming onto the Terra ecosystem and Anchor Protocol. There is news already of AVAX coming to Anchor, and with SOL and ATOM potentially joining the fold (to be confirmed), the yields generated from these tokens may be able to sustain the demands of the yield payouts.

Anchor Protocol is Terra’s flagship protocol, and the low volatility, high yields serve as the primary attraction to onboard new users. A healthy reserve is necessary to maintain confidence in the ecosystem by drawing more investors and institutions in to benefit from its product, thereby increasing Terra’s network growth. Thanks to Do Kwon and LFG’s willingness to put their money where their mouth is, Anchor Protocol is safe, for now, and the future (for now!) continues to look extremely bright for the entire ecosystem.

We remain hugely bullish on LUNA, and although Do Kwon currently needs to be in the picture to mount a rescue mission, the investment and protocols coming to the Terra ecosystem over the next year will reduce the reliance on Anchor to keep the ecosystem moving forward.

Terra’s reliance on Anchor Protocol is a mixed blessing. It has driven Terra’s explosion, but it’s currently overdependent: clearly, the ecosystem needs to (and will!) move out from under its shadow once more and more protocols are launched.