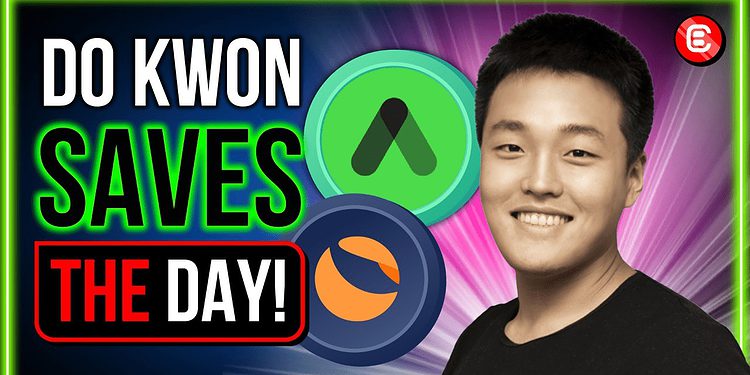 Do Kwon steps in as Anchor Protocol was bracing for impact

As Anchor reserves depleted by $1.5 million per day, Anchor users were holding their collective breath to see if the proposal to replenish reserves would be acted on, or if the ecosystem would be left to its own devices.

As Anchor reserves depleted by $1.5 million per day, Anchor users were holding their collective breath to see if the proposal to replenish reserves would be acted on, or if the ecosystem would be left to its own devices.

Do saves the day

Recent weeks saw Anchor’s yield reserve dwindling at an alarming rate as the market endured a period of downward momentum.

Fear was high. Could a fully depleted reserve bring the Terra ecosystem crashing down?

A proposal had been put forward for the Luna Foundation Guard to capitalize the yield reserve by $450m, and this morning, Do Kwon announced that it has passed.

This will be achieved as they withdraw 9.5M Luna on Feb 11th, at 12pm, then swap 9.5M Luna to UST over the course of 5-10 days, which should result in the minting of 450M UST, which will be sent to the Anchor yield reserve contract when the swaps have been completed

LUNATICs can take a breath and enjoy a good cup of coffee.

How did it get to this point?

The Anchor Yield Reserve was created to withstand market volatility and maintain a 20% interest stability on the Anchor APY.

If the realized yield from Anchor’s three income sources is greater than the Anchor rate, Anchor can tap into the reserve, ensuring depositors are paid their 20%.

During bear cycles, traders are less likely to borrow UST,  leading to a decline in the demand for loans. Traders are also more likely to supply UST for a juicy 20% APY, thus pushing deposits higher.

This is good news; Terra has put its money where their mouth is and is willing to deploy capital to protect our precious APY.

We remain bullish on LUNA and UST, but clearly, the Terra team needs to solve this problem in the long term. This $450 capitalization will go a long way to doing so for now, especially as market sentiment seems to be shifting.

Do Kwon has assured us that he is resolved to finding ways to subsidize the yield reserve and seems intent on providing further utility for the ANC token to achieve this. An ANC token with increased utility should increase loan demand and greater income for the protocol.