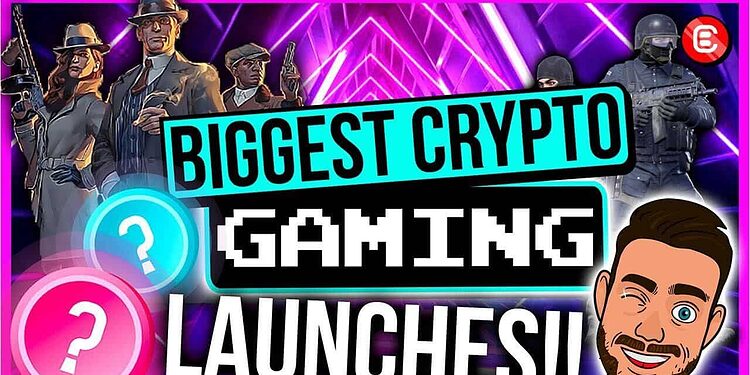 Luckily, we’ve got an in-house crypto gaming maestro, Hustlepedia, to give us our dose of daily alpha.

Here are his top four picks of gaming launches you can’t afford to miss!

After the success of Alpha Season 1, Alpha Season Two is coming. And it’s expected to take things to the next level. New mini-games, new environments, and new rewards!

For anyone that spent November 2021 living under a rock, Alpha Season 1 was Sandbox’s first full-blown play-to-earn event, and it dished out some serious goodies to anyone who completed it. Seriously. How does a thousand free SAND tokens (worth approximately US$5 a pop at the time) and three re-sellable NFT’s sound?. Tell me about it. All in, Sandbox distributed five million tokens and fifteen-thousand NFT’s to Alpha Season 1 players!

Season 2 is expected to last for a couple of weeks, and it’ll be open to everyone, although you need to make sure you’ve nabbed an Alpha Pass first. If you have one already, great. If not, don’t worry – you can pick one up on OpenSea.

Don’t sleep on this one, Banter Fam. Keep your eyes out and get involved in the launch: you’d have to hate free tokens not to jump on Alpha Season 2.

This thing just looks badass: it’s a kind of blockchain-based, Grand Theft Auto-esque mafia game where you can unleash your inner Michael Corleone. Join a syndicate, run dodgy businesses, fight, extort, strategize, and honour your bosses with in-game assets (until you figure out a way to get them whacked, so you become top dog!). Oh, and it’s free-to-play, and play-to-earn. The more ruthless, scheming and cunning you are, the more money you’ll make!

The hype around Syn City is real. The backers are huge. Even Kylie Jenner tweeted about it (which is kind of cringe). Point is, this thing has smash hit written all over it and it’s gaining a lot of buzz in the build up to launch.

As for just when that might be? They’re saying at the end of the month. But since the initial game offering (IGO) was postponed last week, Hustle’s guess is we might have to wait until early Feb.

Either way, don’t sleep on Syn City. Otherwise, you’ll wish you were sleeping with the fishes!

It may not have gained quite as much hype as Syn City (indeed what has?), but Warena has  all the makings of a sleeping giant.

The first chapter, Phase 1, is launching in a matter of days – and it looks awesome: a true play-to-earn 2D survival game. Phase 2 will release later in the year, and wow: it’s going to introduce a 3D metaverse that will integrate assets from other games into its world. In Warena’s play-to-earn metaverse, you’ll be able interact with (and battle) characters from Axie Infinity, Illuvium, and My Defi Pet to name but a few. Wow. We’re talking about the world’s first true, crossover P2E game.

Best yet, it’s got a great team, serious backing from the likes of Animoca Brands, Illuvium, Genesis Builders (and more) – and all with a market cap of US$7 million.

Only five days to launch. See you there.

The stallion of horse-racing NFT games, and the bookies favourite to come out on top: players can own horses, breed horses, compete in races, and even become a bookie!

DeRace is currently in a closed Beta version for horse owners: if you’re lucky enough to own one of the trusty founding steeds, then you’re already able to test out the game. According to the roadmap, February will see some majorly exciting rollouts: open tournaments, NFT matchmaking services, and owner vs owner races!

The end product will be unveiled to the public piece-by-piece. There’s no official launch date, rather a series of updates that will continue until it’s a fully-fledged monster of a game! The team has been incredibly transparent throughout, and clearly the approach is paying off:

Those are some seriously impressive stats!

As Hustle said, what’s not to love here? Horse racing is tried and tested, attracts big money, and there’s usually a barrier to entry! Not with DeRace. Pretty much anyone can participate. Once this thing’s off to a canter, there’ll be nothing quite like it!

Degens, listen up: these aren’t token calls. These are exciting upcoming launches, which means we might see a few good examples of ‘buy the rumour, sell the news’. Smart money tends to sell at max hype levels, just as a game launches – so don’t be surprised to see Syn City peak on launch day! Remember what happened to Thetan Arena?! Be sure to keep watching Hustle’s show as these launch and he updates on any new developments and earning strategies!