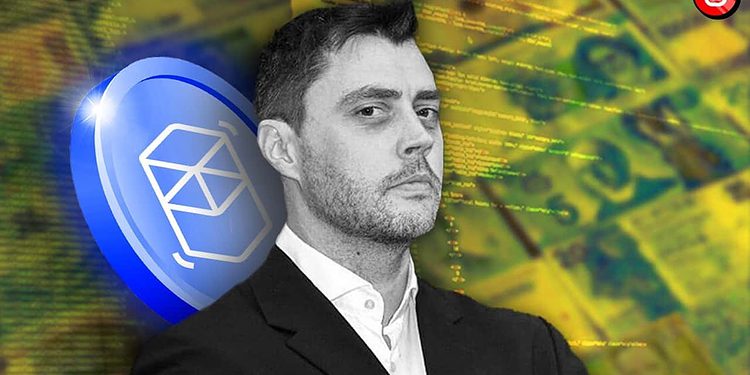 Fantom’s ecosystem has seen prices decimated. Buying now is either an amazing opportunity, or a terrible mistake…

So, with FTM down 33% over the last seven days, where does Fantom stand, and where will it go from here?

The Fantom ecosystem – and price – experienced turmoil recently after some serious FUD. Firstly, we had Andre Cronje stating he was leaving the protocol, a statement that was completely miscommunicated on Twitter. And shortly after, we had an article from Rekt HQ, supposedly exposing Fantom. However, all the FUD has now been addressed, with an official statement from the Fantom team regarding Andre’s departure, and Rekt HQ admitting they got their facts wrong.

So, with FTM down 33% over the last seven days, where does Fantom stand, and where will it go from here?

The Fantom core team isn’t going anywhere. They stand strong and development is not slowing down either. Let’s first take a look at what Andre actually said about his departure from the Fantom Foundation:

“Although I’ve made the decision to move away from crypto and DeFi, the Fantom team has been nothing but honorable throughout my engagement with them. I believe they are on the right technology path, and I have no doubts that they will continue to succeed.”

As you can see, Andre’s belief in the team and ecosystem is genuine. Andre was never a core developer at Fantom, but instead acted as an advisor for it, providing technical and Treasury management advice.

On that note, he has not terminated 25 projects (as FUD would have you believe) but is handing over the duties he may have had in those projects to the rest of the team. A team that has been actively building for years, and is currently working on “snapsync”, a way to make nodes sync faster. Bullish.

The Fantom team are at the heart of the project’s future development, and they are expanding, with new hires being made as we speak. Fantom’s progress is not slowing down, it is accelerating.

The key takeaway here is that the ecosystem’s fate will not, and cannot, be determined by one person resigning.

What’s up with the ecosystem then?

A few weeks ago, everyone was talking about FTM bullishly. Now, FTM’s price is down, but nothing has fundamentally changed. In fact, FTM is looking stronger than ever. Let’s dive into the ecosystem and see what’s really going on, with help from this awesome thread by CryptoClay.

FTM is currently sitting at a market cap of $3.1bn, 3x lower than Polygon’s MATIC, and drastically lower than other similar chains’ native tokens (SOL and AVAX, for instance).

This would make it seem that FTM is only a third as good as the next closest chain, Polygon.

Fundamentally, and comparing the four chains above, FTM is first in speed of finalized transactions, and ranks second in the Total Value Locked (TVL) on it. TVL is a great way to measure the overall belief a chain’s users have in it – locking up your funds requires you to believe the price action of the token will be worth more in future.

What about the devs? FTM is an Ethereum Virtual Machine (EVM) compatible chain, something that is extremely important to most developers currently in the Web 3 space.

Also, Ethereum smart contracts are coded in the Solidity language, and since most FTM developers started off on Ethereum, transitioning to another language for the sake of developing on an alternative chain could be daunting.

Also note that Fantom has nearly 200 dApps built on it (for comparison, Solana has 59).

Next, let’s compare DEX total traded volume (based on the leading DEXs in each ecosystem). FTM’s SpookySwap comes in at number 2. This is linked to the high number of new wallets that are being created daily on SpookySwap (which is currently exceeding the number of new AVAX wallets being created).

And, as CryptoClay mentions in his thread, FTM printed 10 straight days with more daily transactions than ETH. This takes on more significance in light of the current gas price on ETH being around 18gwei, lower than it has been in months. There are no high costs to use the Ethereum network right now, but it isn’t being used as much.

Moreover, FTM already has 80% of its total token supply in circulation, meaning that there is no high risk of massive dilution. On top of that, the remaining 20% of the token supply is available only for staking rewards.

This is all really bullish fundamental data, but what about the level of current decentralization Fantom has? The number of nodes on it is lower than that on Avalanche. This could be due to the initial upfront cost of setting up a validator ($640k on Fantom vs $168k on Avalanche), but the Fantom Foundation is continuing to lower node requirements.

When times are tough, take up farming. After all, many came to Fantom for the DeFi opportunities that it was offering. There are many ways to earn more FTM using your existing FTM, including using platforms such as Liquid Driver, Spirit Swap, Scream, SoliDEX, Reaper Farm, and Beethoven. (We have tagged all their Twitter handles in their names, so you can check them out if you haven’t already. They all have links to their websites in their bios.)

We checked in with Miles Deutscher, our in-house Fantom ecosystem expert, for his take on the situation. Here’s what he had to say:

‘Let’s separate fact from fiction. Fantom’s fundamentals are stronger today than in October when it achieved an all-time high of $3.45. Daily transactions are higher. TVL is higher. The number of unique wallet addresses is also higher. Meanwhile, prices are down 60%. Which could provide us with a chance to accumulate. Yes, we can drop further. It’s by no means out of the question, especially if BTC has another leg down. But I like to value protocols against the rest of the market, and in my opinion, Fantom is undervalued compared to other Layer-1s.’