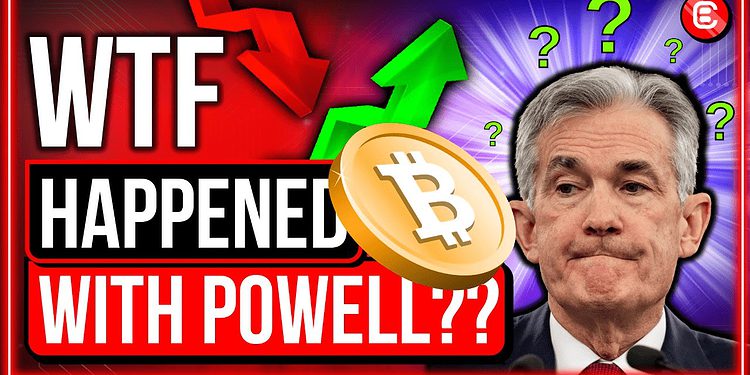 In the most anticipated Federal Open Market Committee (FOMC) meeting for some time, global markets were looking to Federal Reserve (Fed) chairman Jerome Powell to provide a clear direction. His challenge is to control an overheating economy by curbing inflation, without causing a crash landing. So what’s the plan, Jerome?

In the most anticipated Federal Open Market Committee (FOMC) meeting for some time, global markets were looking to Federal Reserve (Fed) chairman Jerome Powell to provide a clear direction. His challenge is to control an overheating economy by curbing inflation, without causing a crash landing. So what’s the plan, Jerome?

Is that it then?

What was all the fuss about? Well nobody really expected a rate hike yesterday, expectations were that March could be the earliest for that. The main event was always going to be the guidance Powell gave during his statement. Markets were largely buoyant, with BTC trading up to $39k ahead of the news. The statement itself was all a bit of a non-event.

Markets took the stance that a negative outcome was priced in, and were showing strength across the board, boosted by an unchanged rate decision. Is it safe to get back in the water yet?

Well done so far, Mr Powell, no big surprises. A nice dovish stance to calm what has been a very turbulent time for the markets. Phew!

Wait a minute, there’s a twist, a sting in the tail.

Fast forward to 7.30pm ET when Mr Powell began his press conference. The picture changed quickly and what began as a dovish statement swiftly became a hawkish conference.

Hawk preys on the markets

Powell took questions from journalists –  and what unfolded was a stance that became progressively hawkish as the conference went on. By minute 42 of the conference, Powell was saying that a strong labor market was capable of withstanding higher rates, and that there was room for a series of rate hikes if needed.

This wasn’t missed by the markets, and a sharp sell-off ensued. The charts show how BTC, Dow Jones Industrial Average (DJIA), and NASDAQ gave back their gains during Powell’s Q&A session.

Traditional markets also rallied into the meeting and sold off during the press conference.

Traditionally, BTC has acted alone, but the current alignment with the stock markets means that we have to watch how traditional markets react to inflation data to get an idea of what crypto markets will do. Whether or not this alignment stays intact remains to be seen. For now, the correlation is real, so wider market analysis is relevant even for degens who want nothing to do with anything traditional.

The bottomline is that Powell sneezed and the rest of the world caught a cold. Prices tanked before stabilizing later on.

Watching the drama unfold was indeed worrying and most certainly alarming, but if we dive deeper, there is some light at the end of the tunnel.

The most concerning takeaway of Powell’s presser is that he mentioned inflation had worsened since the last data. Well, that’s not good! After all, that’s what started this mess.

Where is the silver lining? Let’s circle back to Powell’s speech, in which he said that there are other forces at play that could do a job on managing inflation. He could not predict how long they would take to materialize. This could be a hidden gem, because an upside surprise could be the spark that changes sentiment.

Powell has either inadvertently caused a period of uncertainty, or he has laid the foundations for a bullish set-up that will see him ride in on a white horse as a conquering hero.

In the short term, the markets will remain uncertain, and will likely trade sideways while they look for direction.

During this period of sideways searching, crypto will likely keep its correlation to the stock market. We can therefore expect knee-jerk reactions to inflation data and corporate earnings, at least for now.

Crypto has the best of both worlds. The markets are looking for a direction and we could see an extended period of sideways trading.

The energy and innovation in the world of crypto is so far-reaching that it is only a matter of time before we see that spark that re-ignites the bull run. There is a bullish catalyst on the horizon, that much we know. We don’t know what it is but when it comes, it will set off a cascade of news that could send the markets parabolic again.

While we are waiting for that bullish catalyst to break the prevailing uncertainty, we have to look elsewhere for opportunities. The 100x capital growth stories are out there and as always, will need time to develop. In the meantime, what else can crypto offer?

Where are the alternative opportunities?

There are a multitude of alternative crypto strategies such as play-to-earn gaming, dollar cost averaging, Defi yields, and stablecoin farming. Look out for our article on strategies for making money while waiting for the next bull run.

The FOMC meeting and its press conference didn’t allay any fears, or provide the markets with any direction. We can expect markets to remain volatile while the inflation narrative plays out. The Fed remains unpredictable at this stage. This uncertainty may send traditional markets into a state of limbo.

The crypto market is full of gifts, as long as you know where to look, and there is a strategy for every occasion. Now is a good time to research, to learn, to formulate a strategy, to put your funds to work, and to be ready for the next move up.