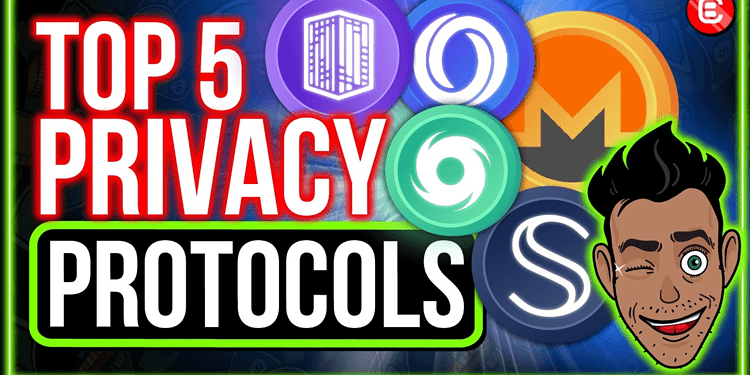 For your eyes only: the top 5 privacy tokens worth spying on

We’ve been saying it for months, but now it’s truer than ever: privacy may just be the next big narrative.

We’ve been saying it for months, but now it’s truer than ever: privacy may just be the next big narrative.

The case for privacy-promoting protocols have just received a huge boost thanks to Canada’s truckers’ Freedom Convoy movement, and the government’s subsequent Emergency Act, which included a crackdown on crypto wallets as well as granting them the authority to freeze funds without due process.

At the heart of the story is our ‘freedom to transact’. Crucially, the freedom to transact without governmental scrutiny. Why is it so important? Because without it, all the inalienable rights we so often take for granted become meaningless.

In a brilliant thread, CryptoPunk 6529 takes a deep dive into the issue of privacy, or lack thereof, which is integral to the modern financial system.

CryptoPunk 6529 makes the case that without the freedom to transact, no other freedoms are possible.

No freedom of assembly.

No freedom of movement.

It’s the ultimate means of stripping citizens, organizations, or movements of their most basic, fundamental rights.

As for Central Bank Digital Currencies (CBDCs), they will only make matters worse. Today, a government needs authority from the banks to access our spending data. A CBDC removes the middleman, and the few legal protections we have.

We need privacy. And we need the privacy-promoting protocols that make it possible.

It’s a huge, inevitable trend, and you should be positioning yourself accordingly. Listen to Barry Silbert:

Secret was built on a simple premise, namely that privacy is key to web3 blockchain and NFT adoption. Developed in Rust, Secret handles encrypted inputs, outputs and states for their smart contracts via the use of Trusted Execution Environments (TEEs) and user “viewing keys”. This method also prevents front-runners from snooping on your transactions.

The native token, SCRT, is used to pay for gas fees on the network. Tokens which are minted are encrypted by default, and users require their aforementioned viewing keys to see their token balances, transactions and token metadata.

Love it or hate it, the truth is that Tornado Cash is being used as a completely decentralized protocol for private transactions on Ethereum.

How decentralized is it?

Totally. How’s this for a commitment to the cause? In a bid to make it fully decentralized, the founders actually destroyed the private keys. They have no control over the project and neither do they run any servers.

The network is owned by the community.

The way it works is simple: users generate a random key, aka “note”, and deposit Ethereum assets along with a hash of the note to the Tornado Cash smart contract. The note acts as a certificate of ownership, and allows them to withdraw to a specified address.

What’s more, you can use a relayer to withdraw to a zero-ETH-balance wallet, completely disassociating the depositing wallet and the withdrawing wallet.

The protocol is currently just shy of 28,000 unique users with 108,000 total deposits collectively, and the total amount deposited so far is over 2.5m ETH.

The network is open-source and hosted on IPFS (InterPlanetary File System), the smart contracts have no admins and are unstoppable, and community governance voting defines the protocol parameters and token distribution.

Tornado Cash recently got hit with some bad rep after the LooksRare team funnelled money through the protocol in order to pay their employees. This led to some controversy (and divided opinions), with some believing that it was the better choice in order to ensure privacy for their employees and contributors.

Launched in April 2014, Monero is a private, decentralized cryptocurrency that keeps your finances confidential and secure, and which seeks to be private electronic cash.

Monero offers financial privacy in a world where the financial records of individuals and even banks can be compromised. It’s a completely untraceable currency which allows businesses to keep their suppliers secret, and citizens to escape oppressive governments or any bad actors who might want to take a peek at their private accounts.

Users are able to deposit funds to the Monero protocol’s pool which are then used for withdrawals. Your Monero account is just like a bank account where you can see all money received and sent, but with added privacy.

The block reward for nodes will never drop below 0.3 XMR and the nominal inflation will always sit as 0.3 XMR per minute.

Currently, there are over 30 core developers on the project and its adoption is accelerating.

Oasis is a network built for privacy that aims to power private and scalable decentralized finance to bring it to the masses via private smart contracts. Their Oasis ParaTime scaling architecture separates the execution and consensus layers and, as a result, offers high scalability and throughput, as well as fast transaction speed.

Oasis recently launched the $200-million Ecosystem Fund to support projects building on the network, achieving partnerships with Binance and BMW, amongst others.

Oasis isn’t just about digital funds. It also offers you the ability to tokenize your data. Tokenizing data and uploading it to the network allows users to stake it and potentially sell it to companies keen to use it for research, whilst earning staking rewards in the process. Taking back ownership of our data is an emerging trend with huge potential!

Lastly, we have Zcash, a decentralized and open-source cryptocurrency that was built on Bitcoin’s code base by a team of engineers that specialize in security. And it’s Barry Silbert’s personal favorite!

Even though all Zcash payments are available on the public blockchain’s ledger, the sender, the recipients, and the amount of funds sen, all remain private.

This is achieved through the use of zero-knowledge SNARKs (zk-SNARKs), which act as a certificate to prove who owns what, and to ensure that no malicious transactions are taking place.

Users have the final say in what they want others to see, with the option between using transparent addresses, that are essentially public, and shielded addresses, which are private.

Privacy is a right, not a privilege, and it’s being eroded day by day: the case for privacy coins and protocols is playing out before our very eyes.

A financial system without privacy is a potential recipe for disaster. And while we’re clearly not in favor of it, nor condoning the Canadian Emergency Act as a pretext to infringe on basic rights, the one silver lining is this: it brings more people to crypto!

Yes, the critics and naysayers will point towards bad actors benefitting from privacy protocols. But the occasional malicious actor is the price we pay for our own privacy being secured. It’s a bit like cash. Do we want to give it up, just because launderers and criminals prefer it as a medium of exchange?