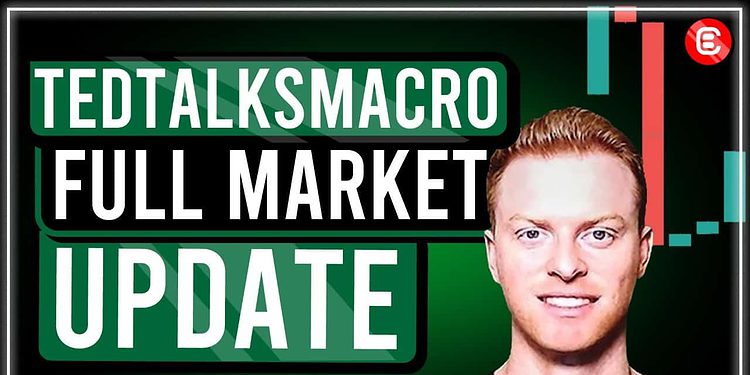 The US Federal Reserve cemented their hawkish stance at January’s FOMC Meeting and since then, it has been evident that those that want to take ‘risk’ have been forced into protective positioning.

Get up-to-date with the macro-drivers of traditional and cryptocurrency markets from TedTalksMacro, republished here with permission. Ted. Talks. Macro. And when he does, we listen. Follow him on Twitter, and sign up to his newsletter.

But remember: This is not, in any way, financial advice and should not be considered as such.

Genuine participation will drive the next move

Compounding the suppression of risk assets, geopolitical conflict in Ukraine emphasized the already protective positioning of most market participants – who up until recently, had been riding high in a highly liquid environment, favorable for those craving risk.

Via the chart above, you can see my take on what has driven major moves in Bitcoin so far in 2022, a cycle of protective positioning into key events, and the unwinding of those positions on realization of the event.

My analysis into the January FOMC meeting was that the market would move lower on protective positioning and only once those protective positions had unwound, would relief in risk assets be had. The same dynamic occurred in the anticipation of the Russian invasion of Ukraine.

So far in 2022, the market has been driven largely by the fear and anticipation of further downside in risk assets, sparked initially by a shifting monetary policy in the US and secondly by geopolitical conflict in Ukraine.

The build-up of protective positioning into key macro-economic events and more recently the anticipation of a Russian invasion has provided fuel for BTC to move higher on the realization of the worst-case scenario. On 1 March 2022, Bitcoin reminded us of what it is capable of when shorts get aggressive into support – moving violently higher on the day.

This was truly an impressive showing by the bulls, but to me, each time that Bitcoin has moved off of the low $30k’s this year, it has been owed to the unwinding of ‘protective positioning’ and not genuine demand.

The market is fearing the worst – rightly so

As with all historical global crises, market participants rush to stack cash in times of turmoil – think back to the liquidity crisis that many were faced with when the COVID-19 pandemic broke out in March 2020. During the period of mass lockdowns and fear of the unknown, small and large businesses were forced to ‘stack cash’ in preparation for the worst-case scenario. The ongoing crisis in Ukraine is no different – cash remains king during times of stress and fear of the unknown, and this weighs heavily on risk assets like Bitcoin, which are measured relative to USD strength.

The US dollar has enjoyed a sustained bid for the majority of 2022 – driven by the flock to cash on geopolitical conflict and originally catalyzed by a shift in stance by the US Federal Reserve on their monetary policy.

How and when does the rush for cash end?

It goes without saying, that it won’t be until the market is less fearful of the unknown that we will see risk assets enjoy some long-awaited relief.

That initial relief can then be turned into genuine demand – given time. I believe that a relief rally in risk assets can be sparked in a few ways, these being:
1. Geopolitical conflict is resolved with diplomacy
2. The US Federal Reserve and/or Government implements supportive monetary policy to reassure the market
3. Central Bank policy resolves in a dovish direction

How scenario (1) plays out is anyone’s guess and I’m not going to act like I know when or how the war in Ukraine will end – because I have zero idea!

All I can hope for is that some form of diplomacy is achieved in the near future, for the sake of those who are losing their loved ones and their homes. Given the ever-increasing credit pressures and stresses that are now mounting on the Kremlin, I’d have to think that something gives way – that being diplomatic negotiations or heaven forbid, an all-out warfare as Putin realizes that he has been backed into a corner.

Despite inflationary pressures, Biden’s team is obviously very keen to spend and show the world that it is ready to tackle the impending crisis with both hands – which to me is a good sign for the markets and may provide reassurance at a time where it is so desperately needed.

There is currently a 94% probability that the US Federal Reserve hike their key interest rate target range by 25 basis points in March. The March FOMC meeting is set for 16 March 2022, so be sure to monitor how the market prices expectations of a no hike scenario between now and then. The higher the probability of a zero change to the target range – the more bullish for risk assets like Bitcoin and equity markets. It is worth noting that only a month ago, the market was strongly considering a 50bps hike in March… only the advent of war has forced the market to reprice that expectation. Seven rate hikes were expected in 2022 back in January, that expectation has now been repriced to only five hikes – which is a bullish risk.

Source: https://www.getrevue.co/profile/tedtalksmacro/issues/28-genuine-participation-versus-protective-positioning-1074876 and republished with permission.