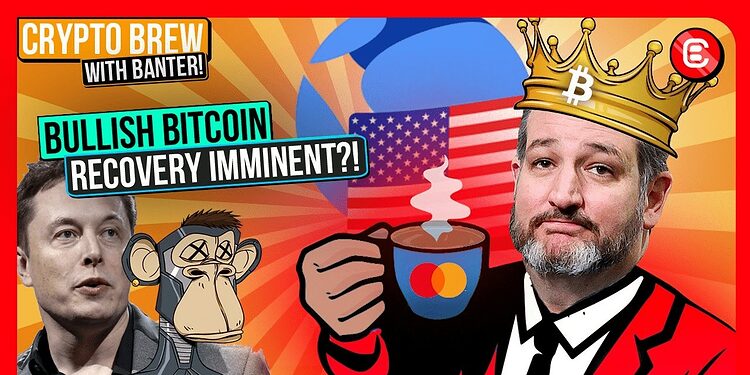 The conflict escalates, but Biden’s commitment to avoid US military involvement in favor of punitive sanctions has settled global markets.

The conflict escalates, but Biden’s commitment to avoid US military involvement in favor of punitive sanctions has settled global markets.

Meanwhile, bitcoin has bounced back to reclaim the losses triggered by the Russian invasion.

Gold, which saw an early rally, may have begun to reverse.

And the Federal Reserve’s intended course of action may be forced to change, as the conflict in Ukraine limits its ability to impose aggressive interest rates hikes.

Bitcoin (BTC) rejected the 37k support level backed by large volume and recovered +2.89% to 38.5k. The positive price action comes after a week of downward pressure in reaction to the escalating tensions in Ukraine.

Terra (LUNA) showcased price strength during recent drawdowns on the broader market. LUNA climbed +32% in four days. Terra UST has shown resilience by maintaining the dollar peg during panic selling in the market, raising the status of the algorithmic decentralized stablecoin.

Wild price swings in the market wreck $439 million worth of leveraged positions for 94k traders.

While not officially confirmed, it appears Elon Musk may have joined the Bored Ape Yacht Club after a rumored purchase of Ape #1837.

Ted Cruz replaces Justin Trudeau as interim marketing director of Bitcoin with this speech at the CPAC. Whatever your political views, the significance of this shouldn’t be underestimated.

Is this for real? Rumors of a possible partnership between Terra and Mastercard have been whispered since early this year, and a very exciting tweet suggests it may be one step closer to reality than we realized. Again, this remains speculation, but the account in question has some illustrious Luna followers, including Do Kwon, Remi Tetot, and Producer Fred! If true, this is massive.

In a bid to “protect” investors, the SEC has tabled plans to raise the minimum required amount to become “an accredited” investor. By 10x! Is this to account for inflation? Or are they just trying to stifle the little guy?

Sam Bankman-Fried donates $25 to each Ukrainian on FTX.

“Buy the panic” may sound a bit tasteless when a war is beginning, but that’s the reality of what yesterday demonstrated, as global markets bounced back from the lows.

The question remains: Will bitcoin be treated as a “risk-on” store of value in light of the ongoing conflict? Recent price action suggests it’s a serious possibility. And will inflation see assets across the board repricing to the upside?!

We’ll explore these questions in articles coming up later!