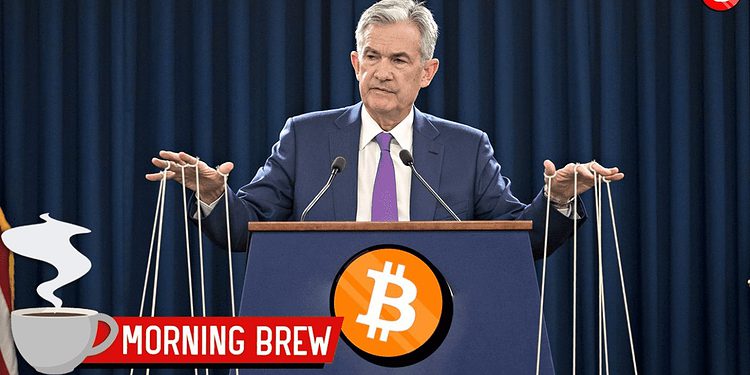 Has the Federal Reserve set the stage for an exciting month ahead?

Interest rates came in as expected, and the market rode the waves, but as many as 6 to 7 further hikes could be on the horizon.

Interest rates came in as expected, and the market rode the waves, but as many as 6 to 7 further hikes could be on the horizon. Meanwhile, Ethereum is a step closer to becoming proof-of-stake (PoS), and Ukraine legalizes crypto-assets across the board.

All that and much more.

Yesterday’s FOMC meeting confirmed the US Federal Reserve’s (Fed) much-anticipated rate hike of 25 basis points (bps); the first-rate hike since December 2018. The market took the news well, suggesting that it had been convincingly priced-in. Afterward, the press conference revealed some key points:

Bitcoin (BTC) experienced a volatile day that saw it rally +4.67% to $41.1k during yesterday’s US trading session. The reaction to the FOMC meeting was generally positive, and traders will be watching to see if substantial volume can push the price towards, and through, a solid $45k resistance level.

Ether over bitcoin (ETH/BTC) price looks to test the downward trend line. ETH/BTC helps notify traders when the market becomes noticeably bullish and driven by altcoins instead of a bitcoin-driven market. In the previous three instances, a significant downward trend line was broken, ETH gained 34%, 25%, and 162% over bitcoin.

Phew! The looming event of interest hikes is over, and markets ate it up. The market won’t be the same as 2021 but that doesn’t mean it won’t climb. Of course, we could be speaking too soon but let’s return to talking about ApeCoins and pertinent alpha.

The truth remains that crypto resides on a bigger stage than before, and geopolitics/rate hikes are part of the act. However, crypto has a side that remains engaging, exciting, and unpredictably quirky that we can still enjoy in between the serious acts.

Thanks for reading fam!