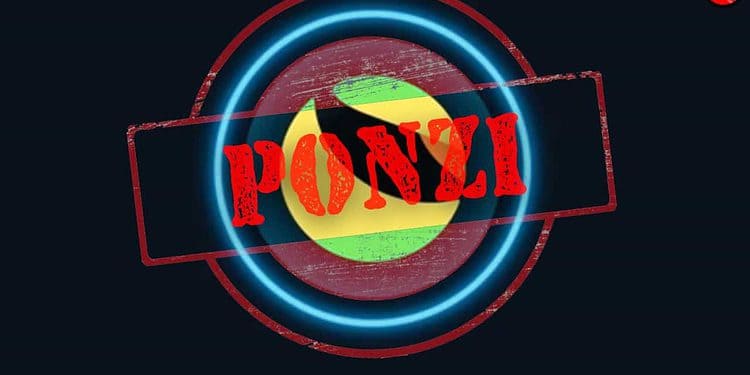 How Terra’s ecosystem could collapse like a house of cards.

We’ve covered the bullish case for Luna (and Terra’s algorithmic stablecoin, UST) at length. But… What if we’re wrong?

Last week, we covered what has been described as ‘the biggest bet in Crypto Twitter history’.

Without repeating ourselves, here are the cliff notes:

Prominent (as of this week) Terra-skeptic, Sensei Algod, has made a $1 million dollar bet against Terra founder, Do Kwon, on whether Luna’s price will end the year-long wager above (or below) $88 dollars.

And GicanticRebirth, also betting on Luna’s price dropping, upped the ante to $10 million. Mind you, there’s a difference between the two: Sensei Algod is a Terra bear who believes it will fail. GiganticRebirth was an early Luna bull. For them, this bet is merely a trading decision (and a very bold one at that).

Anyway, that’s the context, and chances are you can guess whose side we’re on: It’s no secret that we’re big believers in Luna, UST and the wider Terra ecosystem.

We’ve covered the bullish case for Luna (and Terra’s algorithmic stablecoin, UST) at length. Some might even say ad nauseam. We know about UST’s almost exponential adoption; the potential MasterCard integrations; the Bitcoin reserve. It all looks very exciting.

But… What if we’re wrong? What if the detractors and naysayers are right? And what if, this time next year, Sensei Algod and Gigantic Rebirth are collecting clout and prize money, leaving Do Kwon to lick his wounds?

We know it’s too painful to think about. Which is exactly why we have to force ourselves.

So let’s take an unvarnished, unbiased look at the bearish scenario, and consider the possibility: what if we’ve got it wrong, Terra’s just one giant Ponzi scheme, and it’s doomed to collapse like a house of cards?

Sensei explains, in simple terms, the basic mechanics of Luna/UST:

The elegant swap mechanism means that if UST drops below the value of a dollar, buyers can arbitrage the discrepancy and make a profit, meanwhile ensuring the UST keeps its peg.

So far, UST has thrived, even amidst some pretty volatile market conditions.

We have to consider the alternative, the possibility of UST losing its peg.

Sensei makes the point that “11.7bn UST is basically backed by Luna order books”, estimating it could sustain a “1-2bn sell right now” before being in real trouble.

A death spiral is pretty much what it sounds like: a chain of events that, once triggered, lead to inevitable doom.

It’s worth pointing out that these charts weren’t shared by Sensei Algod, but Delphi Digital’s José Maria Macedo! Jose gives his reasons as to why he thinks a ‘death spiral’ remains an unlikely outcome, and you can read all about them here.

But this kind of reflexive loop theoretically, and practically, is a very real possibility.

As Sensei puts it: “People are basically betting that Terra ecosystem becomes big enough to carry UST with it”

At the heart of the Terra ecosystem is Anchor Protocol, with its signature 20% APY.

Clearly, Anchor’s yield-bearing properties have been a significant driver of UST adoption in 2021-2022.

Roughly 70% of all UST in circulation is locked up in Anchor, earning that sweet APY. But there are some dangerous potential pitfalls.

Borrowers can deposit collateral, such as ‘bonded’ Luna’ (bLuna) in order to borrow more UST. And while these borrowers have to pay interest on their loan, they’re basically getting paid to borrow, since Anchor rewards them in the form of ANC tokens, offsetting (and even negating) the interest repayments.

Critics like TyrionLionstar would tell you this model more than bears a resemblance to ‘Ponzinomics’, since Anchor is effectively encouraging users to borrow more by offering the ANC token, while promising 20% APY at a fixed rate.

Sensie Algod is banking on ‘no’. And for a deep dive into this question, check out Crypto Santa’s fantastic thread.

As it stands, however, there are far more lenders than borrowers, which has been draining the yield reserve, forcing Do Kwon and the Luna Guard Foundation (LFG) to intervene, replenishing the pot with exogenous funds in order to maintain that flagship 20% APY.

Skeptics suggest Anchor is a sinking ship that will constantly need help staying afloat. After all, what would happen if it lost its market-leading stablecoin yield? Users could seek out alternatives, and by withdrawing their UST, trigger the kind of death spiral we covered earlier. It can’t be allowed to happen, which could be its fatal flaw. We’ve talked about Terra’s overreliance on Anchor Protocol before, and while it may diminish over time, it remains absolutely central to the ecosystem’s present (and future) success, or dismal failure.

The Luna Foundation Guard is raising a multi-billion dollar Bitcoin fund to defend the UST peg in a worst-case-scenario situation (the primary line of defense being the burn mechanism) and so far, it’s having two effects: attracting Bitcoiners to the Luna ecosystem, and dispelling some Fud among skeptics. This thread from Harry.UST is a great overview of Do and the team’s plans, and it’s big stuff.

The addition of the Bitcoin reserve is even making some Luna skeptics question their identities:

But perhaps it speaks to the ultimate question:

As Luna-bear TyrionLionstar put it,  “As long as the market cap of LUNA is still higher than UST, the faith in it will probably remain. Terra labs has many “reserves” to back their project and keep the machine alive for many years, growing it ever larger to maybe become #1 in the Guinness book of records.”

So even the bears admit it: Ponzimically designed or not, and whether or not it’s built on sand, the Terra ecosystem could continue growing bigger, and bigger, and bigger still, until it’s truly too big to fail…

Still bullish, but the dangers inherent to Terra’s model remain a potential Achilles Heel; one we hope will be well guarded by the appropriately named LFG. Above all, though, we’re bullish on Do Kwon. His recent Twitter pledge to make sure it was “mathematically impossible” for UST to lose its peg is the kind of talk you might discount from just about anyone else. But Do Kwon is a different breed, and until he’s proven otherwise, it’s hard not to believe him.