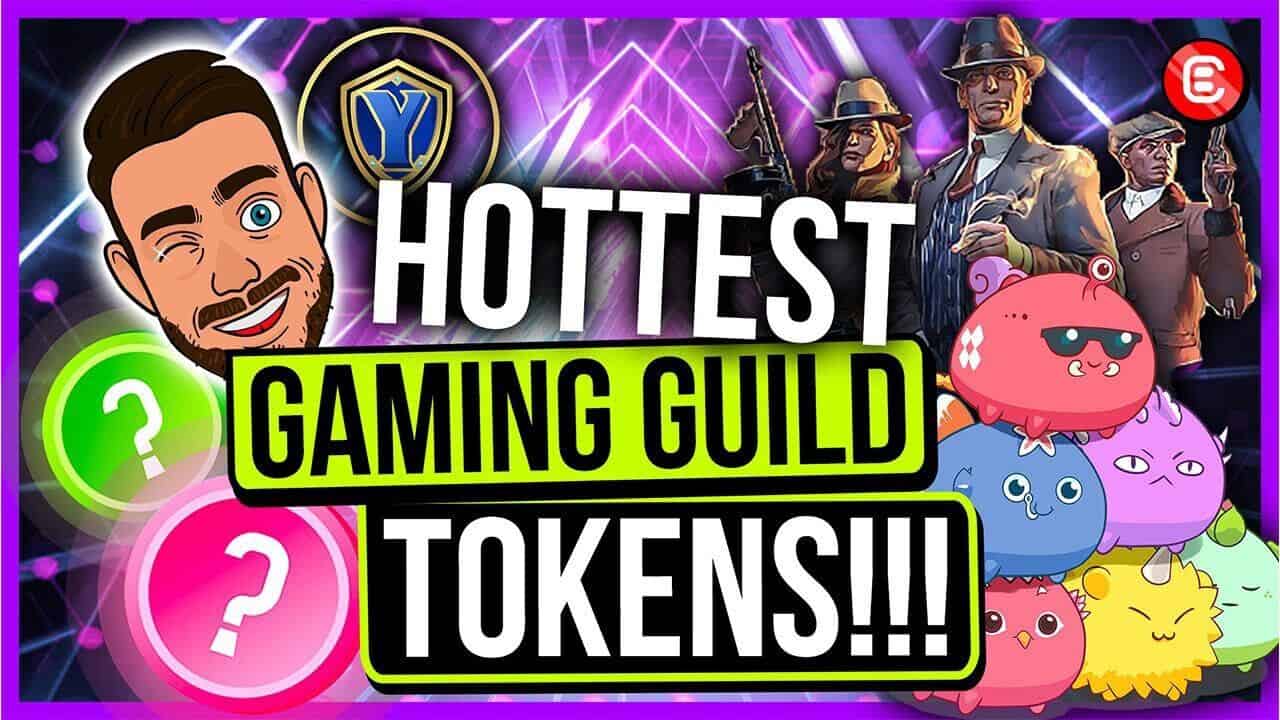 Hustle takes our gaming guilds knowledge to the next level with top token picks!

Okay, so you’ve heard about gaming guilds. If you’ve been watching Hustle’s show, you’ll know he’s super bullish on them. Maybe you’re up to speed. Maybe not. If not… what on earth are they?

Okay, so you’ve heard about gaming guilds. If you’ve been watching Hustle’s show, you’ll know he’s super bullish on them. Maybe you’re up to speed. Maybe not. If not… what on earth are they?

Before we jump into Hustle’s hottest guild token picks, here’s a super-quick explainer!

In conventional PC gaming, the term refers to something different: guilds collaborate on things like crafting, recipes, raids… if you play WoW, you’ll know what we’re talking about! If you don’t, well, it’s a simple case of a community working together for the benefit of its membership.

In crypto gaming, guilds unlock the potential of gaming economies in play-to-earn platforms. They do this by bridging the divide between players and game-asset owners through a DAO economy. Both parties then reap the benefits in a kind of joint enterprise.

Imagine you’ve got some killer in-game assets. Why not loan them out for a slice of the rewards? On the flipside, you might not have two dimes to rub together, but you’re hardworking, ambitious, and want to get ahead in your play-to-earn career. Why not become a scholar; benefit from the support of a guild, and harness the power of someone else’s assets to help you on your way? It’s a mutually beneficial arrangement!

Okay, that’s the end of the brief lesson. Let’s see which projects Hustle has his eyes on…

If there was such a thing as a blue-chip guild token, YGG would be it. The numbers alone speak volumes. YGG has a market cap of $355 million. Diluted, that’s $4 billion. And it’s not just hype – its high valuation is built on rock solid foundations.

Yep, the YGG Discord server has over 100,000 members. Impressive at that is, get this: YGG has over 10k Axie Infinity scholars, who’ve generated millions and millions (and millions) of dollars in Sweet Love Potion (SLP). Also, 32 scholarship managers and over 21 game partners!

According to Hustle (and who’s gonna bet against Hustle?!?), GuildFi is one of the most bullish low cap guild tokens out there.

Price action has been erratic to say the least! But don’t be put off by the crazy peaks and troughs. Hustle reckons GuildFi has life in it yet, and plenty more room to grow. GuildFi’s investors read like the ultimate list of gaming project dream partnerships: Animoca Brands, Pantera Capital, Coinbase Ventures, and Alameda Research. You just don’t get much better than that.

So why’ve they all piled in? It’s all about GuildFi’s unique approach to connecting players, guilds, games, and investors in an interconnected ecosystem that is interoperable across the metaverse.

Plus, an extremely sophisticated infrastructure.

And some amazing tooling!

GuildFi built one of the top Axie Tools for managing scholarships on the platform, which lets users harness the GuildFi leaderboard simulation, card explorer, and game status. You’ll be able to see how active your players are, how much they’re earning off of each asset, and more. It’s a rock solid offering with highly impressive uptake:

Best of all, GuildFi is making partnerships with all the top-tier crypto games. Titles like Big Time, Pegaxy, Thetan Arena, Sandbox, and of course, the one and only, Syn City!

GuildFi’s combination of major backers, incredible offering, and the amount (and quality) of games in participation are worth paying serious attention to. Hustle is bullish AF on this one!

No surprises here. Good Games Guild has a phenomenal offering: apply to earn, rent to earn, and stake to earn!

Plus this guild’s roadmap is bang on track.

And the games Good Games Guild will be participating in are really diverse. We’re not just talking about the biggest games, but also the smaller titles with active player bases that may not have the chance to participate in other guild economies.

And so far, so good. In just over five months, Good Games Guild has a 100,000 strong community, 3.5 million SLP under management and 400+ active scholars. The group aims to recruit 50 new scholars a week, and has an Esport team slated to join their NFT marketplace!

Oh, and it’s on an insane discount right now:

With such huge ambition (and still such a tiny market cap: $5 million!), at this price Good Games Guild is nothing short of a steal!

Guilds are inevitable. They fulfill a clear and pressing need: how to empower, enable, and maximize the potential of play-to-earn games for the next generation of gamers. Of course, not all will win. But those that do will win big. The potential is beyond huge. So pay attention to the guilds that continue to grow, strike the best partnerships, game participations, and amass the most members!