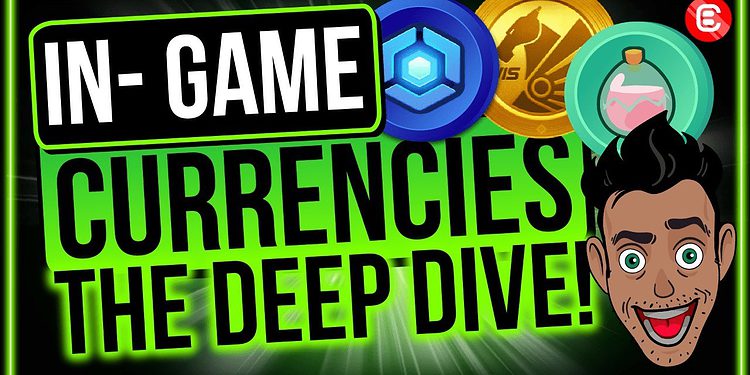 In-game currencies: What makes them work, and what dooms them to fail?

Recently, Elon Musk had an interview with Time Magazine, where he discussed the cultural phenomenon that is Dogecoin.

Recently, Elon Musk had an interview with Time Magazine, where he discussed the cultural phenomenon that is Dogecoin.

He compared $DOGE to Bitcoin – saying it’s faster and cheaper than Bitcoin because there are no fees involved in the system. He also mentioned, among other things, how inflation in $doge is in a fixed form rather than a percentage value, adding that this discourages price speculation and helps encourage the spending of the currency instead of its hoarding for future appreciation.

There’s a lot of discussion in the crypto-sphere about the convenience of annual fixed inflation over percentage inflation. However, users understand how beneficial a fixed inflation rate is for investors and traders.

For context, with inflation, cryptocurrencies lose their value. When this happens, it may indicate increased demand (or lack thereof) due to many factors, such as economic conditions or public sentiment about the economy.

For instance, bitcoin’s purchasing power is determined by the amount people are willing to invest in it. However, after Bitcoin had some success, other cryptocurrencies were invented with more refined rules about their usage.

Dogecoin deliberately has a “deterministic inflation” rate of 10,000 DOGE per block. Its block time is one minute instead of Bitcoin’s 10 minutes, meaning the purchasing power will decrease over time because the number of coins generated each year will outpace the demand for them. These fixed inflation rates incentivize people to spend the tokens rather than hoard them.

However, in this article, let’s explore one of the most significant factors behind reduced inflation for tokens in the blockchain gaming industry, in-game currency.

We’ll also explore the benefits of these forms of currencies and why they’re so attractive to gamers worldwide.

With in-game currency, gamers are rewarded with cryptocurrency for each game they play or for completing various tasks. This means that players can now better interact with one another, making blockchain games more immersive, social and rewarding.

Additionally, anyone who owns a game-specific token can trade their currency for other tokens or assets.

Imagine living in an economy where money is obsolete. Instead, the only functioning currency is an in-game currency which can be utilized in many ways, depending on the game.

In-game tokens have become a popular way for gamers to buy and sell items with little to no transaction fees. One of the significant benefits of these currencies is that there are no limits to what can be sold – which creates an unlimited avenue for virtual commerce.

Blockchain has opened doors for players to own their creations, since they are stored on an open ledger. For example, if a player designs a new sword in an RPG game, they would be able to make it available to other players by letting them buy it with in-game tokens – this encourages creativity.

The in-game currency makes game developers more transparent about what they do with players’ payment information and funds. It also gives gamers a way to take back control of their virtual assets. This technology could make crypto gamification a reality and give gamers a new way to adopt crypto.

No matter how advanced games get, one thing never changes: the need for in-game currency to purchase items like power-ups or costumes meant to help users level up.

The truth is that an increasing number of gamers are trying out blockchain-based currencies. However, current systems are often limited by high fees or long waiting times, which is a considerable impediment.

A network like Binance Smart Chain (BSC) can address these problems by providing instant transactions at low costs.

The benefits of in-game currency are simple: gamers can unlock valuable content, buy items at a lower price, or access additional content or features of the game.

An in-game currency can be used to obtain rare items, wearables, or additional gameplay mechanics. This currency can then be traded outside of the game using NFTs, which act as a certificate of authenticity on the blockchain. These NFTs can be stored on a player’s wallet and shown on websites through a QR code, or re-assigned to another address.

Game developers also use these currencies to incentivize player behavior and monetize their games to invest in future development – and as games become more social and interactive, the use cases of these currencies will also increase.

In-game currency serves a significant role in the success of a game because it can either make or break a player’s experience.

The question is: How do projects achieve this? What makes an excellent in-game currency design?

At its most basic level, in-game currency is just a representation of value or money. If it isn’t designed to real-life standards, players can have an unsatisfactory gaming experience.

First and foremost, the value of the tokens should be consistent with the context of the project and the gaming economy. The scarcer the tokens are, the more valuable they are to players.

Secondly, projects need to design their in-game currency to be as straightforward as possible for players to use.

Lastly, developers need to consider how the tokens will grow and change over time. For instance, if they want people to play for a long time, they need to ensure their investments won’t depreciate too quickly or become obsolete due to the inflation or devaluation of other currencies (or tokens).

Building for the future

There are plenty of players who spend their hard-earned money on gaming tokens. Whether they’re buying to show off or building up their in-game arsenal, gamers are often tempted by the opportunity to get more of what they want.

As a result, in-game currency represents a lucrative business for game developers, promoting an ethical responsibility to ensure fair and transparent transactions.

Felix Mohr is the CTO and co-founder of Crypto Fight Club. Aside from spearheading all blockchain and game developments for Crypto Fight Club, Felix (aka @MakerOfGloves) has been in crypto since 2016 as a certified fintech professional from the University of Hong Kong as well as the co-founder of MohrWolfe. His focus now is to bridge adoption to the play-to-earn space in GameFi through building NFT games and decentralized blockchain product lines.