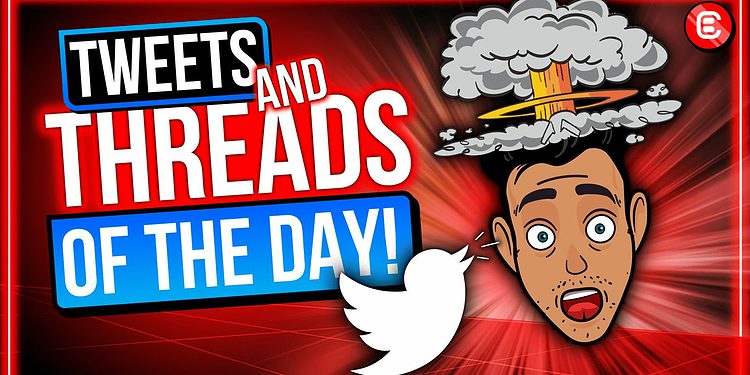 Here are some of our top tweets from the past 24 hours!

Here are some of our top tweets from the past 24 hours!

The ‘too much, too soon?’ tweet of the day comes courtesy of Udi Wertheimer

And finally, the ‘you’re fired!’ tweet of the day shows us exactly how the Wormhole exploit occurred…

The devs gave this hacker an open goal they couldn’t possibly miss!

Ten words and two numbers were all it took!

Poor Mark Zuckerberg: nobody likes him (allegedly), his company is losing steam, and it accidentally crashed the NASDAQ.

Perhaps has he hired a new CFO..?

‘Most compelling (and least likely) theory’ of the day comes from Ran the man himself!

Why not? Everyone deserves a fourth chance!

Fred did seem a bit peeved this morning…

And finally, the ‘self-aware Twitter-centric in-joke’ meme of the day goes to…

We could go on, but there’s just not enough time in the day.

We’ll be back tomorrow with more winning tweets!