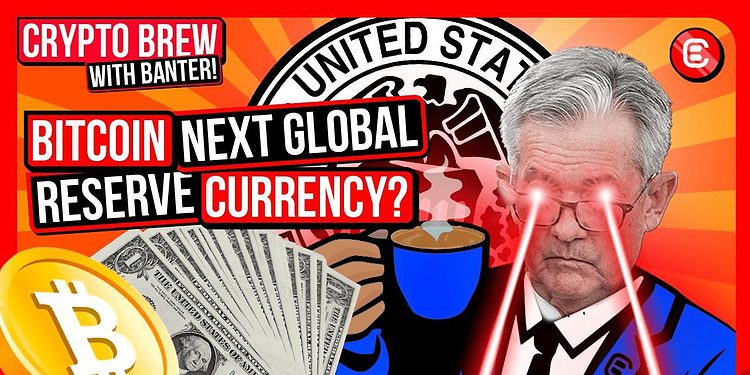 The Russia/Ukraine conflict intensifies in Europe, and in the US, Federal Reserve Chairman, Jerome Powell, appears to confirm less-aggressive rate hikes, while also surprising us with some revealing comments about the dollar.

The Russia/Ukraine conflict intensifies in Europe, and in the US, Federal Reserve Chairman, Jerome Powell, appears to confirm less-aggressive rate hikes, while also surprising us with some revealing comments about the dollar.

Bitcoin (BTC) continues in a narrow range, entering its third consecutive day in the $43-44k range (following a brief break above $45k yesterday).

Will Clemente is keeping his eyes on ‘short-term holder cost basis’, with $46.5k being a key level for BTC to reclaim.

Altcoin of the day

Well, hate to say we told you so, but Tornado Cash is absolutely flying, rallying over 30% in around 12 hours.

After suggesting the next interest rate hike would likely be 25 basis points, Jerome Powell then goes on to speak the unspeakable!

We highly doubt that Powell was referring to bitcoin, but the very fact that he even raised the possibility of (probably) the Euro becoming a reserve currency is a big deal. Even the ultimate shillers know the dollar’s days as top dog are numbered!

Digital Currency Group has just announced a $250-million repurchase program for a range of Grayscale products.

And Digital Currency Group CEO, Barry Silbert, has also been busy buying BTC, and then tweeting about buying BTC.

Data from Santiment shows that whales have been transacting. A lot.

And at least one of the members of the Luna Foundation Guard (LFG) is on the same page.

Speaking of Luna, it has been showing insane strength recently, and there’s little wonder why: In the past 20 days alone, a total of 4% of Luna’s supply was burned in the minting of its stablecoin UST.

Non-fungible oken (NFT) sales volumes have dropped as much as 40 percent in February, according to data from cryptoslam.io, entering what could be described as a ‘mini’ bear market.

Smart money tends to buy and then announce it. The fact that the DCG has been buying spot bitcoin and re-purchasing Grayscale shares is a positive signal, a sign of confidence in the market from the real OGs in the space (which doesn’t stand for OliGarch!).