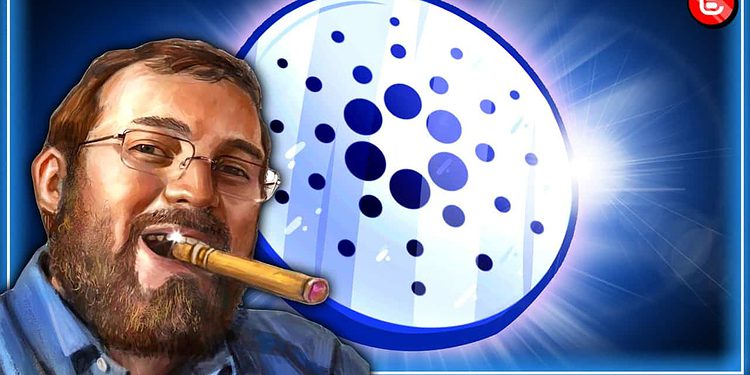 Is this Layer-1 waking up (and ready to shock the world?)

Let’s face it: Hating on Cardano has become something of a trend on Crypto Twitter. For some, it’s more than a hobby, it’s a passion.

Let’s face it: Hating on Cardano has become something of a trend on Crypto Twitter. For some, it’s more than a hobby, it’s a passion.

It’s hard to pin down quite why.

Yes, Cardano’s rollout has been notoriously, painstakingly slow, but as its proponents would tell you, it’s that very compromise which could pay off long term: The project’s diligent, research-centric roadmap has always positioned the blockchain as the tortoise, not the hare.

However, we’re not here to hate on Cardano, or sneer at its native token, ADA. Not least of all today, when it’s enjoying an impressive 10% bounce on the daily, and a break of a long-term downtrend.

Instead, let’s ask why it’s seeing some positive price action, and remind ourselves why the Cardano community, easily the most loyal and committed in the entire space, remains so bullish on a blockchain which aims to change the world for the better.

We often talk about price being a lagging indicator, encouraging our community to look under the hood and see what’s really going on by examining the metrics that matter.

So, while the anti-Cardano brigade has been gleefully watching ADA’s price plunge from the highs of $3.09 to a recent low of $0.75, the development has continued.

Cardano may not have achieved the latter, but in terms of development activity, it continues to shine.

Across 2021, Cardano boasted the highest aggregated development activity compared to other major blockchain projects (as measured from their public GitHub portals).

Transaction volume on Cardano nearly tripled between March 17 and 20, going from US$23 billion to US$68 billion.

Meanwhile, the total value locked (TVL) at the time of writing has reached a record breaking US$310.45 million.

This huge increase could be in anticipation of the full capabilities that decentralized finance (DeFi) dApps building on Cardano will bring to the table.

Of course, it remains ranked number 24 in terms of total value locked compared to other blockchains. Hardly impressive, but also unsurprising given the fact that it has so few smart contracts running on it.

Right now, leading Cardano decentralized exchanges (DEX) Sundae Swap ($113.45m in ADA locked) and MinSwap ($195.22m in ADA locked) brag the majority of the TVL, but once the VASIL hard fork is activated, in June, DEX development (and TVL) will likely accelerate further.

ADA wallets have just reached 5 million unique addresses. Further, over the past 30 days, the number of long-term holders has increased, whereas the amount of short-term investors has decreased during the same time period.

Cardano and staking go hand in hand. In the past few days alone, 23 new staking pools have been created, each containing 62 million ADA. Overall, it is the most staked protocol there is, with over 74% of the total ADA supply locked up.

Only a couple of days ago, the total amount of staked ADA saw a sudden spike, attributable to an additional 1.5 billion ADA, suggesting activity from institutional players or some other form of whales.

Speaking of institutions, Grayscale has just launched their GSCPxE Smart Contract Platform Fund, an investment portfolio focused on offering investors exposure to a basket of smart contract platforms. Grayscale’s allocation has raised eyebrows, and for the Cardano community, hopes!

One does have to ask… What does Grayscale know that the regular investor doesn’t?

Cardano’s journey along the roadmap continues. The Alonzo hard fork in September 2021 was a clear case of “buy the rumor, sell the news”, and a series of upcoming developments have community members excited for the months ahead.

The Vasil hard fork, aimed at increasing the budget for block propagation and validation times (which will allow for larger blocks and increased transaction throughput) is scheduled for June this year.

And Djed, the algorithmic stablecoin (issued by Coti) is set to launch in Q2 2022, promising to be a game changer for the Cardano DeFi narrative.

Djed is set to be released on the testnet on March 31. And according to Coti’s roadmap, it will go live on the mainnet in Q2 of 2022.

With imminent milestones on the horizon, 2022 could be the year Cardano begins to stretch its legs. The VASIL upgrade aims to set the stage for a blooming DeFi ecosystem, and with so many projects waiting for the hard fork before deploying to the mainnet, it could be the spark to trigger the next big run for the token you either love, or love to hate.

One thing’s for sure, the Cardano community’s conviction has never been higher. And for today at least, with ADA on a tear, they’ll be enjoying some welcome respite from the endless trolling.