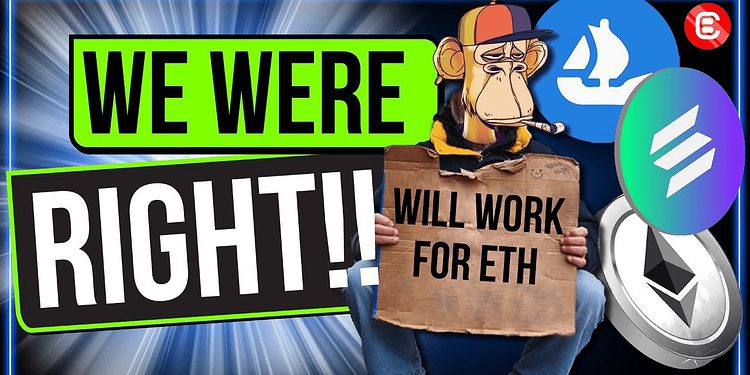 It could be hibernation time for NFTs

OpenSea trading volume bucked the trend, soaring to new highs as the asset class proved itself as a potential hedge against a downtrending market. But was it sustainable?

December’s Consumer Price Index (CPI) data hit markets across the board, crypto and equities alike, and kick-started a three-month long downtrend from which bitcoin only recently managed to break out.

But there was a crypto outlier: NFTs.

OpenSea trading volume bucked the trend, soaring to new highs as the asset class proved itself as a potential hedge against a down-trending market.

But was it sustainable? How would the illiquid JPEG market fare once bitcoin heated up? Was a potential NFT top forming, with many projects doomed to fail?

These were the questions we were asking in our article, just a few weeks ago.

And we hate to say we told you so.

Let’s look at the numbers.

The peak was at the start of the year, when on 20th January, 95k buyers purchased over $158 million in NFTs.

It has been downhill ever since, with a sharp decline coming in February, the last day of which saw volumes of 50k buyers purchasing approximately $71 million in NFTs.

Is it time for an NFT bear market?

You just want to make sure you’re not the one left holding the bag.

So far, it seems January 25th marked the top. Now, a correction is in play. But how long will it last?

Why the hype? And why is it fading?

NFTs have fast become the ultimate digital flex. When it got to the point that celebrities were spending millions for a profile picture, many suggested it was the ultimate top signal.

They may have been right.

Hype around blue-chip NFT projects drove market value, so much so, that prices became unsustainable: Suddenly, top-tier projects found themselves running out of an addressable market of paying customers.

The trend is emerging: when Ethereum prices are on the decline, traders tend to flock to OpenSea to maximize profits by flipping NFTs.

When ETH begins to move up, the altcoin market begins to provide better opportunities. And NFT holders start selling, keen to convert their JPEGS into liquid ETH.

Playing this cycle can be hugely lucrative, provided you don’t miss the boat and get stuck in JPEGS.

Be an NFT cyclist

This is cyclical, but not necessarily predictable. If the crypto market enters full bull territory, NFTs could languish in winterlike conditions for months on end. If the crypto market booms, only to collapse shortly thereafter, OpenSea could see a significant inflow of traders looking to park their altcoin gains into some quality (or more likely, terrible) art.

The asset class is in its infancy

The NFT narrative has only just begun. Crucially, Bored Apes and Pudgy Penguins are only the tip of what will become an enormous iceberg.

If NFTs were a matter of mere JPEGs, then we might be calling this a fad.

The future of NFTs

The JPEG iteration of NFTs is just an early use case.

The underlying technology of digital ownership will unleash the true potential of what NFTs can become.

This thread is brilliant. Check it out. It gives a great account of how the marketplace will likely evolve over time.

And that’s not even going into the full range of use cases NFTs will likely perform, such as:

But, in the meantime, we’re stuck with JPEGs.

And a lot of unlucky souls are stuck in JPEGs too.

We take zero pleasure in making correct predictions like this. And of course, we were by no means the only ones, because when enough people think the same way (that the negative correlation can either positively or negatively affect NFT prices), it becomes something of a self-fulfilling prophecy! But you can use it to your advantage. Becoming a cyclist is a must!

Being bullish on NFTs doesn’t mean you have to be bullish on JPEGs. It is clear that not only games will benefit from NFTs, but also regular people going about their daily lives. Not only can NFT technology provide ease of use for many services, but also increase transparency on transactions, especially when it comes to ownership of physical properties, such as artworks, real estate, or even intellectual property. The possibilities are truly mind-boggling.