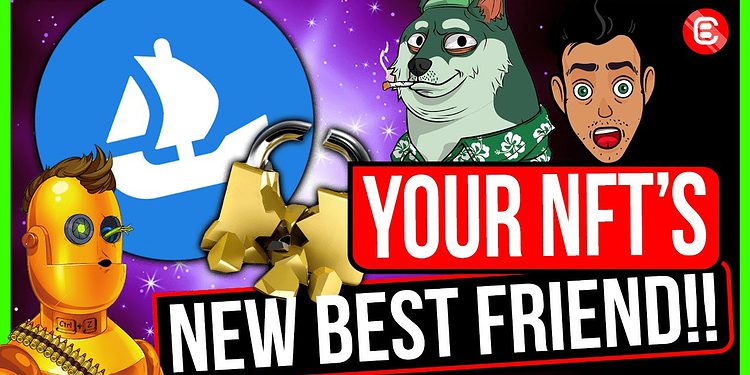 2022 has started with a bang for NFTs. Trading records have been smashed, and blue-chip NFTs have become a gold mine. JPEGS are everywhere. Meanwhile, builders are LOOKing at the existing platforms, and clearly, they believe they can do better!

2022 has started with a bang for NFTs. Trading records have been smashed, and blue-chip NFTs have become a gold mine. JPEGS are everywhere. Meanwhile, builders are LOOKing at the existing platforms, and clearly, they believe they can do better!

The race is on.

NFTs have become social status symbols. Like it or not, they matter! They’re a priceless cultural statement for some collectors, and nobody would want to lose their prized NFT in a glitch. Right, OpenSea?

That’s one of the main reasons why LooksRare, the new NFT marketplace, has nailed its 2022 launch: It’s bridging the void in an exhilarating ‘marketplace race’. The demand for NFT trading is insatiable, but right now, one platform (OpenSea) is carrying most of the weight, and it’s far from perfect!

LooksRare is a decentralized NFT marketplace that launched in 2022 (airdropping 12% of its total token supply to traders). And users with a record of large NFT trades got rewards. How? They could stake their LOOKS tokens for an attractive 700% APR, which benefits the entire decentralized NFT ecosystem. Do you see the connection?

OpenSea has a 2.5% fee on every transaction. LooksRare takes a significantly smaller cut from creators of only 2%, and redistributes the revenue to the LOOK community (stakers and traders). It’s a win-win for everyone on the platform, but it prompted some concerns about how it could encourage wash-trading (we’ll address that later).

LooksRare Exchange is the community’s reflection of what the NFT market so badly needs. The platform reached nearly $2 billion of trading volume in January 2022. To put things in perspective: trade volumes on LooksRare started to ramp up – and that’s without wash-trading.

Where to start? Why not in 2017, when Coinbase was the largest exchange in terms of name-recognition and volume? But that first-mover domination was short-lived, as the likes of Binance and FTX emerged, better addressing users’ demands by including a wider range of altcoins, superior trading UX, and – with the exception of Binance – customer support.

Yet, that wasn’t enough: centralized platforms have been proven to have multiple points of failure, such as forced identification (KYC), leading to decentralized alternatives like Uniswap and SushiSwap (and now LooksRare for NFTs) to capitalize on the significant user demand for decentralized trading alternatives.

The exact same thing is now taking place, 5 years later, in the NFT market. OpenSea is bleeding market share to LooksRare, and it’s happening faster than anyone could have predicted.

Previously, OpenSea had a volume share of 99.5%, and after the release of the decentralized marketplace, the ‘volume flippening’ was initiated. Granted, it was due to the low fees which prompted wash-trading; nonetheless, users were genuinely interested in the platform and began the great NFT migration to LooksRare.

NFT traders are reconsidering OpenSea because the centralized platform has continued to fail them, over and over again. Platform bugs have caused NFT holders to lose thousands of NFTs, with the most recent hack resulting in a user losing 12 Apes valued at over $1 million! In addition, OpenSea openly admitted that 80% of the Free Mints on the platform are either scams or fraudulent. Should we also mention the insider trading scandal or the code glitch that allowed hackers to automate buys for the initial listing price?

What NFT traders want, apart from 10x gains, is a secure platform that is not at the mercy of its own unpredictable failures when things get busy. LooksRare is community-driven, with a token able to generate real utility. Yes, there’s been some major wash-trading activity, but that’s about to change in February, as a halving of rewards will no longer incentivize users to take advantage of the lower fees.

Community, asset support, and rewards are what OpenSea missed, and exactly what LooksRare has been eyeing from the get-go. New features and elements added to the platform piqued the interest of new users, and we might see that OpenSea’s first-mover advantage is about to be rightfully challenged. If not, could the meteoric rise from the new competitor exchange feed into the idea of an Open Sea token? Time will tell..