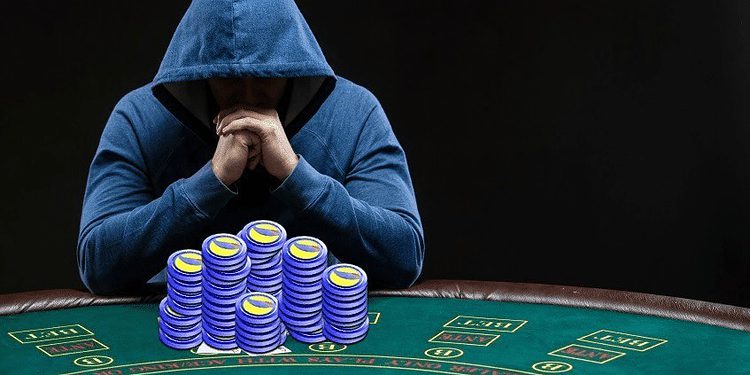 It’s one of the biggest bets in crypto history: Whose side are you on?

The gauntlet has fallen. The bet is on. And Do Kwon is putting his money where his mouth is.

The gauntlet has fallen. The bets are on. And Do Kwon is putting his money where his mouth is.

In a bold statement of intent, and a show of confidence in the strength of the Luna ecosystem, Do Kwon has taken on a $10 million dollar bet against Giganticrebirth, and $2m bet against Sensei Algod, taking the total stake up to $22 million.

Here’s how it went down.

In one corner was Sensei Algod calling Luna a Ponzi.

In the other, Do Kwon, whose conviction has never been stronger.

Then Giganticrebirth upped the ante:

And in the middle, Cobie, finds himself sitting on a multi-million dollar kitty.

The conditions are clear: in 1 year, if the price of LUNA is above $88, Do Kwon wins the bet. If it’s under, Sensei Algod (and now, Giganticrebirth, win).

How will this play out?

The competitors chose Cobie to act as referee, locking up the prize money in escrow, where the funds will remain until the results are in.

And the game is afoot: Do Kwon and Sensei Algod have already sent $1m USDT to Cobie’s address.

Few would dispute Cobie’s reputation as a trustworthy custodian.

However, after accepting his role in the degen venture, he stoked interest by mentioning yield farming with the prize money (until he needs to give it back) and keeping the proceeds.

And let’s face it: it’s probably a good idea.

LUNAtics will be screaming for Cobie to benefit from the yield-bearing properties of Anchor Protocol: By converting the USDT to UST and staking it, he could pocket a cool $195,000 for doing absolutely nothing.

But that’s beside the point.

The question isn’t whether Cobie will stake the kitty, but who’s likely to win the bet.

Do Kwon believes the continued adoption of UST will drive up the price of LUNA.

UST’s algorithmic model (and ability to maintain its peg during extreme volatility) is a huge draw, as is the fact that it’s decentralized and beyond the reach of the Securities and Exchange Commission. But the cherry on top is the fact that holders can (just!) outpace inflation with the insane yield available: Anchor Protocol currently offers just shy of 20% returns on staked UST.

This combination of factors has seen adoption skyrocket.

Crucially, in order to mint UST, LUNA has to be burned.

The higher the demand for UST, the more LUNA gets burned, so the scarcer it becomes. In theory, that means “number go up”.

Do Kwon is banking on this model to see him emerge victorious.

Some may question the sustainability of such a high-yielding protocol, but the 20% on Anchor is projected to last at least 2 years, according to Luna Foundation Guard (LFG) council member Remi Tetot.

The main risk that could ultimately jeopardize the yield is the possibility of UST losing its peg.

The algorithm maintaining the UST/USD peg operates on the basis that buyers rush in as and when it drops below the $1 value, profiting from the fact that they can sell – instantly – for $1.

On top of this, there is a backup: Terra’s reserve fund is primed and ready to step up in the case of a black swan event.

This UST reserve is continually being topped up, with $1.2bn worth of bitcoin being added to it next week.

Do Kwon gives us a brief overview of the matter. And he doesn’t mince his words.

But that’s not all going for Do’s chances of winning the year-long bet.

Zooming out into the wider ecosystem, Astroport, the leading decentralized exchange (DEX) on Terra, is going from strength to strength, having reached a new all-time high of $360m in daily transactions.

Plus, LUNA is about to become natively available (i.e. not wrapped) on the cross-chain protocol THORChain. Some of the most vocal and committed LUNA community members, including CryptoHarry, NicolasFlamelX and Wolf Of DeFi have expressed the bull case for LUNA coming to THORChain, not least because of how it will increase liquidity on Terra.

With all that said, let’s take a look at Sensei Algod’s prospects.

Sensei Algod and co clearly think they’ve got a chance here. Either that, or they hate himself so much that they’re willing to lose millios (and all future Twitter clout).

But here’s the case as Sensei makes it:

In a recent Twitter thread, Sensei claimed the 20% APY offered on Anchor is unsustainable, on the basis that UST could only sustain a sell-off of $1-2bn –  at most – before having issues.

Is this the kind of “idiot” Do was referring to?

Sensei also points out the potential consequences of the supply of UST surpassing demand, which could result in panic-selling into other crypto assets.

But his conviction appears to come down to the following: He likens UST to a “glorified titan Ponzi” scheme, and hence is doomed to failure.

It seems everyone wants in on the action.

Delphi Digital’s Jose Maria Macedo is throwing his hat into the ring:

Tradermayne is suggesting he wants to raise Giganticrebirth to $12 million…

And Cobie remains neutral. We can only assume he’s doing some moon math calculations: just think about what the pot could yield on Anchor protocol!

Luna’s ecosystem is going from strength to strength. As is Do Kwon’s conviction. This public bet is only just beginning, and new entrants could enter the fray and raise the pot substantially. Either way, our pro-Luna bias shouldn’t surprise you: should the exponential demand for UST continue, the chances of Do emerging the loser here appear to be slim.