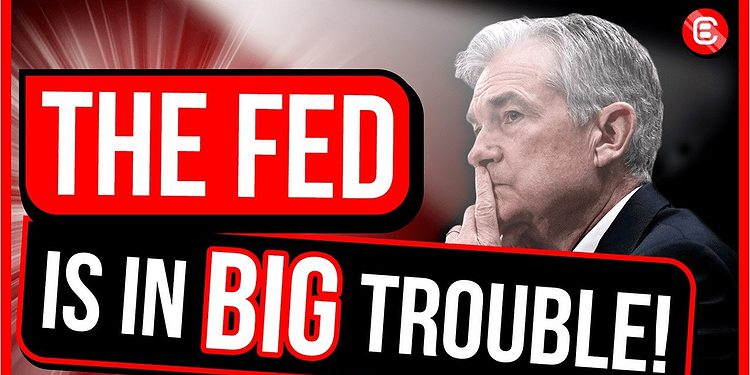 The US Bureau of Labor Statistics announced the year-on-year Consumer Price Index (CPI) numbers, and as the US government had been hinting, it turned out to be the highest since 1982: a whopping 7.5%.

The Federal Reserve (Fed) has a difficult task on its hands – a proper balancing act!

In the short term, these figures (and subsequent policy moves) could bring some volatility to Bitcoin and the crypto market. Long-term, however, it’s seriously bullish. The case for Bitcoin is so strong in light of these figures that who knows: maybe Jerome Powell is actually Satoshi Nakomoto.

7.5% is a dismal figure, but the markets seemed relatively unperturbed, suggesting that rampant inflation and subsequent hawkish policy from the Fed were already priced in: Markets were expecting 7.3%, and have been primed to look forward to as many as 6 rate hikes across 2022, most likely beginning in March.

However, the situation has changed: the Fed has called for an emergency meeting set to take place this Monday.

The announcement of the emergency meeting has fueled speculation: a rate hike of 0.5% may be coming sooner rather than later, maybe imminently even. And this is only two weeks after Jerome Powell reassured the markets (after the FOMC meeting) that there would be no immediate rate hikes.

What would a potential U-turn mean for the markets?

Markets like certainty. Investors crave clarity. Right now, we have the opposite: It’s hard to know what’s going to happen when the Fed doesn’t even seem to know itself!

Who’s at the wheel?

The Fed must be panicking. And it looks bad either way. On the one hand, inflation is out of control, and if the Fed doesn’t act, it looks bad. On the other hand, if it introduces an emergency rate hike, it also looks bad. So, either way, it looks like they have zero grip on the situation.

How’s this for a prime example?

On February 1st 2022, the Fed’s very own James Bullard said that he didn’t think a 0.5% rate hike would help the US economy at all.

Then, just 9 days later, he changed his stance completely, calling for a significant hike in order to rein in inflation.

Whatever the Fed says it’s intending to do, it can hike rates at any given moment (with little to no prior warning). Other countries that have done so in the past include Russia, South Africa, Brazil and Mexico.

What’s in the Fed’s toolkit?

The FED has a few tools at its disposal, namely rate hikes, Quantitative Tightening (QT) and… talking.

The first line of attack.

Rate hikes may be hawkish, but they at least guide the markets, allowing them to know where we are headed. The reality of a rate hike is better than the anticipation of one!

Speaking of which, markets have been expecting hikes to start in March, but they could come sooner. Furthermore, Goldman Sachs has raised its “rate hike forecast” to include 7 consecutive rate hikes of 25 basis points (bp) across 2022, an increase on the previously expected 5.

Quantitative Tightening (QT) is effectively the opposite of Quantitative Easing (QE), when monetary policy is applied in order to decrease the amount of liquidity within an economy. It means the central bank will slow down its reinvestment into the economy, thereby winding down the balance sheet.

The other tool in the kit is… talking. As we’ve seen all too often, the Fed uses carefully constructed language to prime the markets, referring to things it might do, rather than actually doing them.

It’s a powerful tool (and the Fed uses it to great effect), since it allows it to exert influence over the markets (either by reassuring, stimulating or cooling them down) without having to commit to policy.

But perhaps the talking is over.

The Fed has had 2 years to plan and manage the economy, and an emergency meeting only proves its miscalculations, and how it has underestimated the severity of the situation at hand.

How will the market react?

Markets are forward-looking, and even though they react to news upon its release, hawkish policy is already priced in.

Everyone knew that the CPI data would be bad. Everyone knew that inflation was on a steep ascent. The difference between 7.3% (expectations) and 7.5% (reality) is significant, but it doesn’t dramatically change the macro outlook.

Plus, clarity beats uncertainty. Policy confirmation may spook the markets in the short-term, but also provide them the chance to begin moving forward again, not in an instant, but slowly.

Data tracing back to 1982 proves that rate hikes are not incompatible with market-wide growth.

After all, it looks like something new is happening in the markets. Dips are being bought up, the inflation hedge narrative is ramping up, and on-chain data shows that a whopping $1.7 bn was bought up by investors after the announcement of the CPI data on Thursday.

It’s no wonder traders are turning to inflation hedges during these turbulent times, as highlighted by the Charles Schwab Trader Sentiment Survey this quarter. Investors have started seeing Bitcoin as one such hedge.

The entire situation seems terrifying. Bitcoin may be the only savior that we have faced with an imminent global economic crash looking more and more likely with every passing day. Hedging against a market collapse is what drives people and institutions to the assets which have the best store of value during volatile times.

BTC can oscillate between a store of value, a technology growth stock and a hedge against government uncertainty. News coming from the likes of KPMG suggests that its risk profile may be slowly changing, and that perhaps the “digital gold” narrative is waking up.

The Fed needs to act, and it will: maybe sooner than later. And the market needs clarity to move forward, otherwise they’ll be plagued by indecision.

Don’t be like the Fed. Stay calm. Don’t panic! But why would you? You’re already ahead of the game. You know Bitcoin is the ultimate hedge against inflation.