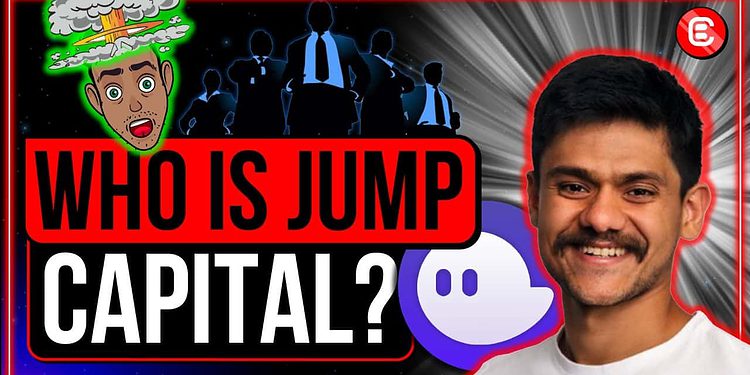 Wednesday saw the crypto space reeling after vulnerability in the Wormhole protocol was exposed, and hackers were able to make off with $320 million in assets. All in all, it was the second biggest exploit in DeFi history. Investors were distraught. Luckily for them, Jump Capital came to the rescue!

Wednesday saw the crypto space reeling after vulnerability in the Wormhole protocol was exposed, and hackers were able to make off with $320 million in assets. All in all, it was the second biggest exploit in DeFi history.

Investors were distraught. Luckily for them, Jump Capital came to the rescue with a pledge to restore the stolen funds. For context, check out our article yesterday for the full scoop!

So, what is Jump Capital? What is the team about? And apart from bailing out hacked protocols, what has it been up to?

What is Jump Capital?

Jump Capital is a leading Venture Capital (VC) firm specializing in growth capital investments. Their sister company, Jump Trading, is an absolute giant, with some of the highest trading volume across traditional asset classes.

Led by an exciting and experienced team, Jump takes a long-term approach to their investments, and is willing to take risks by investing in early-stage companies with world-changing potential.

The journey began nine years ago when Jump Capital partnered with Jump Trading (who had been in operation since 1992). Since then, it has raised funding for over 100 investments, and in September, its seventh venture fund raised $350 million in total capital.

These guys mean business. And the results speak for themselves. Jump Capital has soared into the top-13-ranked VC’s in the USA to have made investments of over $100 million.

What is Jump’s investment strategy?

Every successful investor needs a thesis! And Jump’s approach is highly crypto-centric.

The “gigabrains” behind the wheel

Crypto rewards the bold, the brave and the brilliant. And Kanav Kariya is someone who embodies all of these qualities in spades.

Kanav began his journey as an intern. Today, aged 25, he’s the President of Jump Crypto (Jump’s very own crypto-centric outfit) with over 140 staff committed to growing the DeFi industry, and ultimately disrupting conventional finance with smart contracts running on Ethereum, Solana and other blockchains.

What has Jump been up to?

Jump falls into the top 13 US VC’ funds in the blockchain space. In other words, Jump is big with a capital B.

Here are just a few of their January investments:

Plus, let’s not forget the $325m bailout of Wormhole yesterday. Although this is rumored to be a drop in the bucket, we can’t underestimate how quickly the leadership JUMPED in to save the day.

However deep the pockets, this was a huge move.

Jump was able to instill confidence in the DeFi space by providing liquidity, and averting a larger disaster.

Generous as it was, it has done wonders for Jump’s social capital too!

Jump is bullish on Terra!

Jump Crypto together with TerraForm Labs founder and crypto-preneur, Do Kwan, have also clearly developed a powerful working relationship and mutual respect, as evidenced by their respective Twitter activity. And since stablecoins represent a core aspect of Jump’s investment thesis, it’s worth paying attention to who it’s on good terms with.

But Jump believes in a multi-chain future, and investments in Phantom, not to mention Wormhole, highlight the emphasis it places on multi- and cross-chain technology.

You don’t get much smarter than the team at Jump Capital.

Investing in protocols with major backing is a critical factor in reducing risk. The events of the past few days only prove the point more. Even if other up-and-coming projects might offer higher returns, when a DeFi disaster strikes, without this kind of big-money backing, they’re doomed. And they certainly won’t recover on the same day!

Jump Capital proved it’s willing to put its money where its mouth is. So, always pay attention to who’s behind what. Failure to do so could cost you life-changing money!